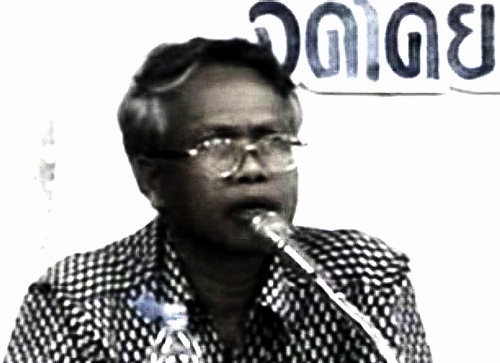 More than a decade ago a leading Muslim human rights lawyer disappeared in Thailand. There has been little progress investigating his disappearance. Human rights activists and the International Commission of Jurists say Thailand needs to be held to greater account regarding its human rights record, especially in cases of forced disappearances and extrajudicial abuses. Ron Corben reports.

In 2004, Thai Muslim human rights lawyer Somchai Neelapaichit told a public forum that police accused him of being “a bad lawyer” after he alleged his clients were tortured while in police custody in Southern Thailand. At the time, southern Muslim insurgents had renewed attacks in Thailand. Police made sweeps of arrests in a bid to curb the rising violence. During the decade since and with the bloodshed on-going, more than 5,000 people have died in the violence.

Soon after Somchai complained to authorities, eyewitnesses told how five men bundled the 44-year-old lawyer into a vehicle in Bangkok, his pleas for help ignored. His body has never been found.

Five police officers were arrested in connection to Somchai’s disappearance. Four were acquitted. One officer was found guilty of abduction and sentenced to three years jail. He was released on bail pending an appeal. He disappeared.

Sunai Phasuk is a senior researcher with the New York-based Human Rights Watch. “The involvement of a group of men who were later identified as police officers who took Somchai away right in front of a police station in Bangkok,” he said. “The fact that it is on Bangkok – with a lot of security cameras, a lot of witnesses, a lot of people who saw what happened, yet we see the lack of commitment, the lack of seriousness being put in the police investigation and later by the Justice Ministry’s Department of Special Investigation.”

The Thai Government under Prime Minister Yingluck Shinawatra paid compensation to families and victims from the violence in the Southern border provinces, including Somchai’s family.

Somchai’s wife, Angkhana Neelapaichit, has sustained a decade long campaign to find her husband and bring those guilty to justice. “I have always said even though the justice process may not bring his life back, but it should not be allowed to avoid the responsibility to give justice back to Somchai,” she said recently. “In the past 10 years I have tried very hard to achieve justice. The Yingluck government has given me compensation but the money cannot restore the dignity of the victims.”

Sunai Phasuk with Human Rights Watch says little real progress has been made in addressing rights concerns, especially by security forces in Southern Thailand, amid allegations of forced disappearances, killing, torturing and abuse of criminal suspects. “If you are the enemy of the state you are no longer safe,” he said, adding “Your safety can never be assured, justice can never be assured – that is the message. Khun Somchai spoke up for Muslims in Southern Thailand, he spoke up for victims of police brutality and abuse of power. He was then disappeared and presumably murdered. Now there are many more than 30 human rights defenders who have been assaulted, who have been intimidated and worst of all murdered with impunity.”

The Thai Government, presently bidding for a seat on the United Nations human rights council, has consistently defended its adherence to human rights standards at international forums and before the UN. Thailand has agreed to recognize the UN convention on forced disappearances, but has yet to sign the treaty. Thai Foreign Affairs officials are working to have the convention signed. Once signed, Thailand faces calls for greater accountability for its human rights performance. 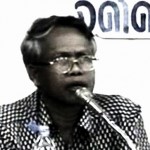 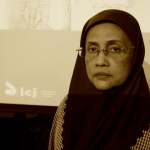 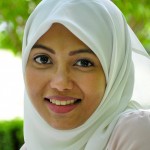