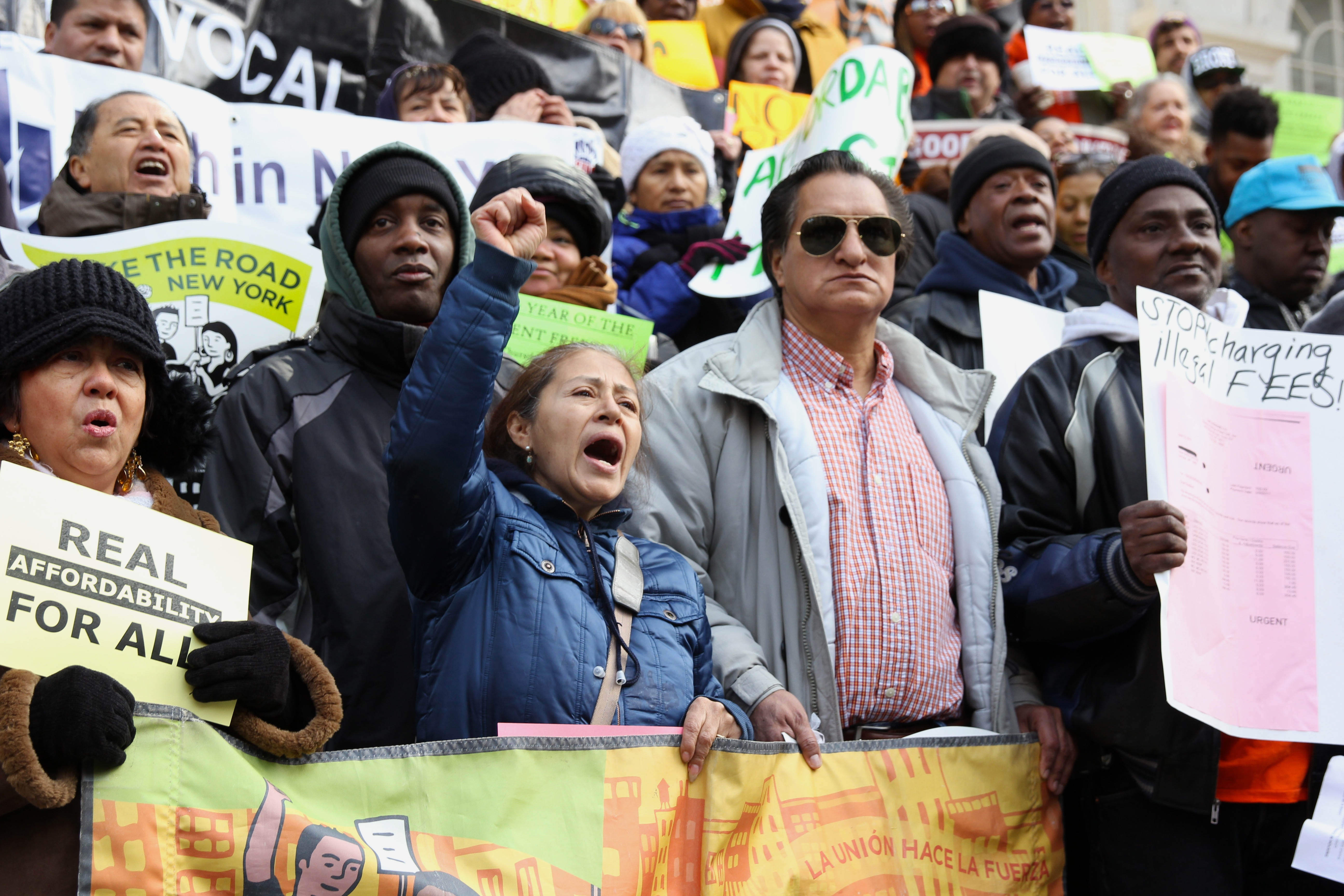 In New York City,  more than 50,000 people sleep in homeless shelters each night and many New Yorkers spend more than half of their monthly incomes on rent. Today, dozens of community groups banded together to address the city’s housing crisis by launching a campaign called “Real Affordability for All.” The group aims to influence the housing policies of progressive new Mayor Bill De Blasio. Caroline Lewis reports.

At a housing rally Thursday in front of City Hall, tenants from across the city discussed homelessness, overcrowding, bad landlords and poor public housing conditions. “Everytime someone moves out, affordable housing is weakened and the vibrancy and the diversity of our city is threatened,” said Liam Black, a member of a tenant advocacy group in the Bronx called Casa.

These are just a few of the issues that Mayor de Blasio has pledged to address in his new housing plan.

“We think that De Blasio is the man to get this done,” said Jaron Benjamin of the Met Council on Housing. Benjamin is helping to organize community groups to make sure they are heard in City Hall. “I think a lot of the organizations really suffered under the Bloomberg housing plan and I think that’s one of the reasons a lot of the people were so energized. You hear all the time that Mayor Bloomberg, his new housing marketplace plan constructed or preserved 165,000 affordable housing units. If that’s true why do we have a record number of homeless people? Why are more people on the brink of homelessness than ever before?”

Homelessness in New York City went up by 70% during the Bloomberg administration, according to data collected by Coalition for the Homeless. The groups behind the “Real Affordability for All” campaign want Mayor De Blasio to take a different approach to the city’s housing crisis.

Benjamin added “We want to make sure that when he’s talking about building new affordable housing or preserving affordable housing that he’s doing it the right way. That he’s not doing it in a way that gentrifies our communities. That he’s not doing so in a way that gives billions of dollars in tax abatements to wealthy real estate barons who don’t need that money.  And that he’s doing it responsibly.

Mayor De Blasio plans to release his plan to create more affordable housing in May.