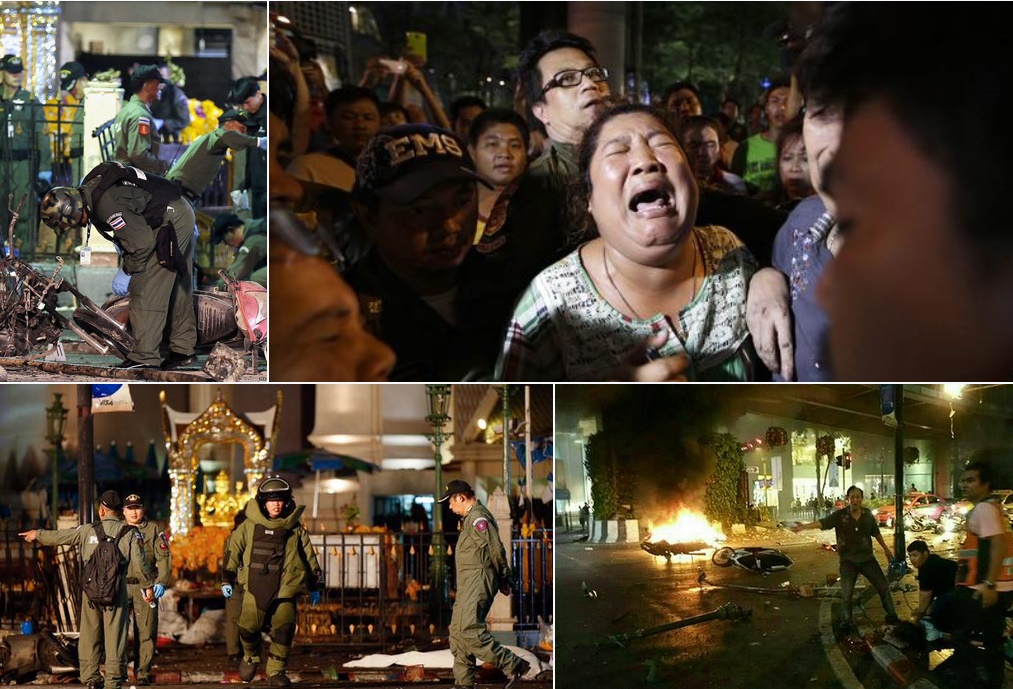 A deadly blast at a popular religious shrine in Bangkok rocked the Thai capital Monday, leaving scores dead and injured. As Ron Corben reports, authorities say no group has yet claimed responsibility for the bloodshed, the worst death toll since political conflicts in 2010.

The bombing occurred at around 7 p.m. local time when tourists and locals gathered in numbers at the popular religious shrine to listen to a performance of Thai music.

More than a dozen people were killed almost instantly and at least 100 injured after the device on a motorbike inside the shrine detonated, causing the explosion of two nearby vehicles.

Thai Police spokesman Prawut Thawornsiri said there may have been other devices in the area and warned people to stay away from the scene.

“People in the surrounding area shouldn’t come to the site,” Thawornsiri cautioned. “We don’t know where the bombs are, so don’t come in, don’t come in, it will cause more problems and make it harder for us to work.”

No one has claimed responsibility for the attack. But in condemning the bloodshed, Defence Minister Prawit Wangsuwan said it was too early to say if the bombing was politically motivated or terrorism.