Street Beat: Cities across U.S. respond to Charleston massacre with shows of solidarity 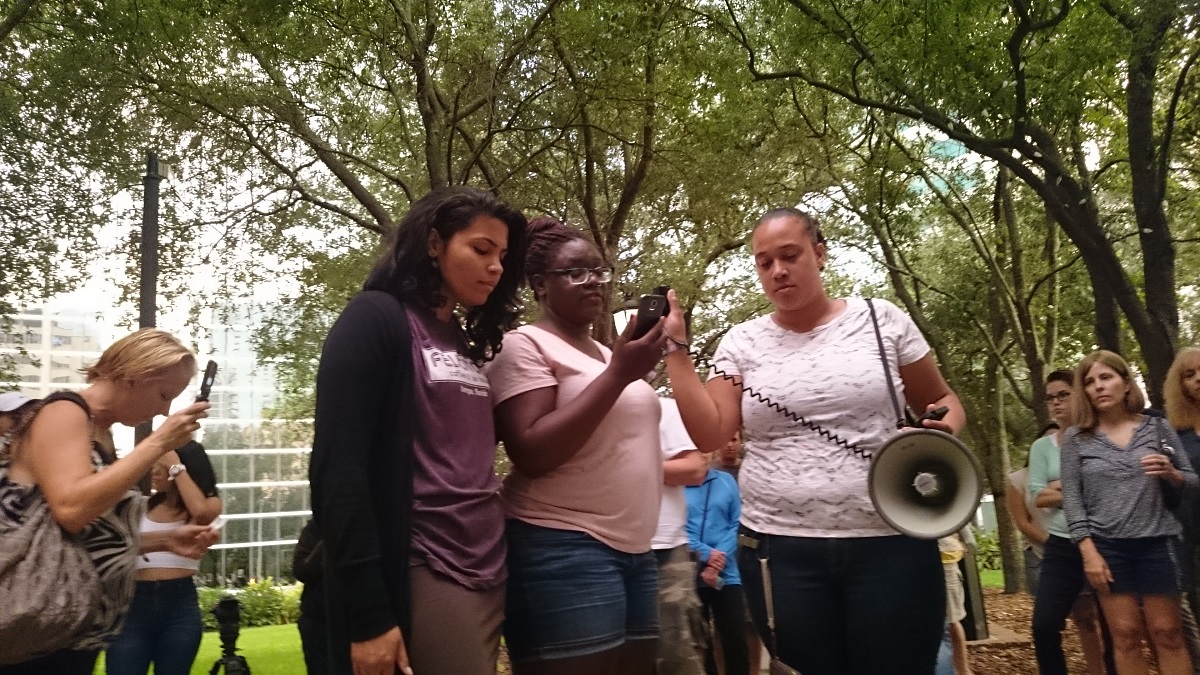 South Carolina Governor Nikki Haley took a public stance Monday on the presence of the Confederate flag — locked into full mast position on the state capitol grounds — saying it’s time to take it down. The removal of the symbol of the Confederacy and its legacy of racism requires a two-thirds vote by the state legislature. The governor said she will exercise her power to keep the legislature in session if its members fail to debate a measure to remove the Confederate flag from statehouse grounds before its scheduled recess.

As calls demanding that state officials remove the Confederate flag at the capitol have grown in the days since white-supremacist Dylann Roof walked into the venerable Emanuel AME church in Charleston, attended a bible study and then assassinated nine African American congregants, more information about the domestic terrorist has come to light. A manifesto thought to be written by the 21-year-old white male details his racist ideology, formed largely by materials he discovered on the internet following George Zimmerman’s 2012 killing of Trayvon Martin. The document was found on a website that also contained dozens of incriminating pictures of Roof. Law enforcement officials are still authenticating the website.

Church services were held Sunday at the Charleston church known as Mother Emanuel, thousands attended. In the evening thousands more took to the streets to march, and people across the country held vigils. FSRN’s Nell Abram attended a candlelight event in Tampa, Florida and brought this edition of Street Beat.