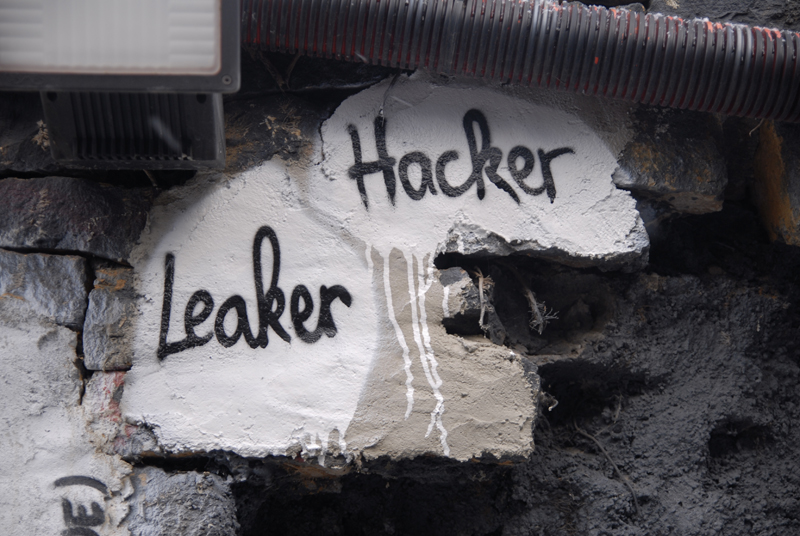 With ceasefire violations noted on a daily basis on its eastern borders and a country struggling with economic issues, Ukrainian journalists may seem to have their hands full. But recently many of them, as well as foreign correspondents, found their private details leaked by Ukrainian nationalist hackers.

Journalists not toeing the government’s line have found themselves targeted by internet bots and trolls, with the supposed blessing of Ukraine’s secret service and a number of prominent government officials. As a result, a stifling atmosphere lingers over independent journalism in Ukraine. Fil Warwick reports from Kiev.

Hundreds of Ukrainian journalists and foreign correspondents woke up one August morning to find their contact information – and even passport details – published online as part of a leak blamed on hackers. It’s the second leak to target Ukraine-based journalists in the last four months.

The contents of the first leak – published by a Ukrainian nationalist website called Myrotovrets, or Peacemaker – revealed details of journalists who had acquired press accreditation in the Pro-Russian separatist held-areas of eastern Ukraine.

Katya Gorchinskaya, CEO at Kiev-based Hromadske TV says the leaks can have a chilling effect on critical reporting.

“We are also concerned about the calls for violence against journalists and labeling journalists, that we continue seeing, including from people who are reportedly working or officially working for the government in various capacities, starting from lawmakers, to aides, to ministers,” explains Gorchinskaya. “So we really don’t think it’s appropriate for these people to call journalists traitors, and make calls inciting hatred and violence towards journalists.”

At the Institute of Mass Information, a press freedom organization based in Kiev, executive director Oksana Romanyuk, says the leaks have split journalists into two camps – those who are pro-government and support the leaks and those who try to convey both sides of the conflict and have been singled out.

The Ukrainian media is largely concentrated in the hands of men in positions of political power.

President Petro Poroshenko owns Ukraine’s television Channel 5, one of Ukraine’s most popular news channels. He said last month that journalists should not write “negative articles” about Ukraine. However, independent outlets have emerged in the Ukrainian media landscape in recent years.

Piotr Andrusieczko of the Polish Gazeta Wyborcza newspaper – one of the journalists targeted in the most recent leak – says there are many frontline soldiers fighting for the nationalist cause who are staunch supporters of a free press.

“Those soldiers who are fighting, who were volunteers from the beginning of the conflict, they understand the importance of free and independent media, it’s in their interest to share information that may be uncomfortable for the organs of power to hear,” Andrusieczko says. “These soldiers also realize that’s it’s not worth concealing certain hidden truths. They understand they are the ones who are on the front lines and don’t necessarily want facts to be hidden.”

International groups, such as the Committee to Protect Journalists and the Organisation for Security and Co-operation in Europe, have condemned the leaks by nationalist hackers.

“It has definitively increased the uneasiness surrounding an independent and neutral journalist here, but I wouldn’t say it has profoundly affected the safety of journalists and that now it’s much more dangerous to be journalist than before,” Yankov explains. “The truth is that it’s always been dangerous and uncomfortable to be an impartial and professional journalist in Ukraine.”

Official reaction to the leaks has ranged from silence to celebration, sending a chill through many supporters of the Euromaidan revolution, who had hoped to steer the country away from its authoritarian past.

Others see the leaks as a litmus test to determine if Ukrainian leaders will uphold the fundamentals of the movement that brought them to power or if they will mimic the silencing tactics of the rulers they replaced.