Trump blames the media, not substance of allegations, for Flynn’s departure 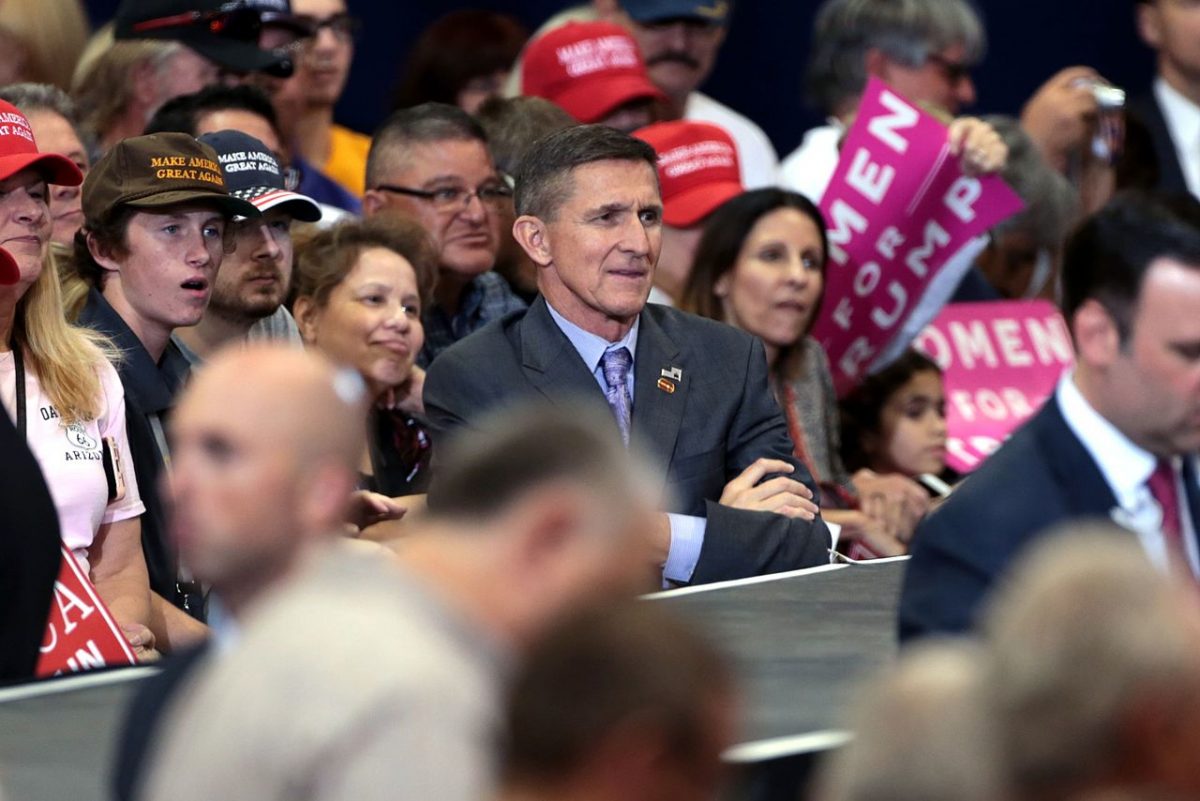 Nearly four weeks into the Donald Trump presidency, before his freshman cabinet is even fully confirmed — the administration suffered its first high-level casualty this week.  FSRN’s Nell Abram has more.

Trump’s National Security Advisor, Michael Flynn, tendered his resignation Monday night after information about conversations he had in December with a Russian envoy became public.  The telephone call — which was intercepted by US intelligence —  took place in December, after Trump’s Electoral College victory, but before his inauguration.

The Department of Justice under since-fired Acting Director Sally Yates informed the White House last month that Flynn provided inaccurate information about the contents of the calls when questioned by the FBI.

Rather than taking issue with evidence that one of his senior staff discussed easing US sanctions against Russia with that country’s ambassador, in a press conference Thursday, Trump defended Flynn.

“Mike Flynn is a fine person. I asked for his resignation. He respectfully gave it,” said Trump. “He is a man who – there was a certain amount of information given to Vice President Pence, who is with us today. I was not happy with the way that that information was given. He didn’t have to do that because what he did wasn’t wrong – what he did in terms of the information he saw. What was wrong was the way that other people, including yourselves in this room, were given that information, because that was classified information that was given illegally. That’s the real problem.”

As a member of the President’s staff, the National Security Advisor does not require Senate confirmation; Flynn was officially named to the post on inauguration day.