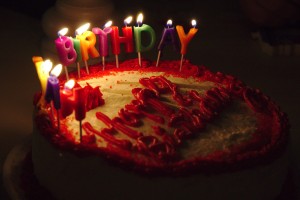 What: Celebrate 15 years of grassroots news

Please join us in celebrating 15 years since the first broadcast of FSRN on February 11, 2000. It hasn’t always been a piece of cake … but our commitment to elevating the voices of those people most often ignored in the mainstream narrative has never wavered.

Free Speech Radio News was organized as part of a labor action. Formed as a worker-run collective, the newscast developed during a time of immense technological change. FSRN was a pioneer of decentralized news production with its staff working in a virtual newsroom while geographically located in cities around the country and around the world. The internet, sophisticated audio applications and other digital advances at the time offered exciting possibilities for transforming progressive media and made the grassroots collection of news from around the world possible – bringing instant, widespread, and convenient access to sources of information that were previously unavailable for many people.

The program quickly grew and at its height aired on more than 100 community and college radio stations across the country. But thirteen years later, in September, 2013 the daily newscast was forced off the air when a major funder failed to meet contractual obligations. Not to be silenced for long, the organization restructured and returned to the airwaves one year ago today — February 11th, 2014. FSRN Weekly Edition is now published online, broadcast on more than 20 U.S. radio stations and continues to add more affiliates regularly.

Listen to the very first FSRN segment here broadcasted on this date in 2000 about the labor action that sparked the program. You’ll find more detail on our history here.

Give FSRN a birthday gift