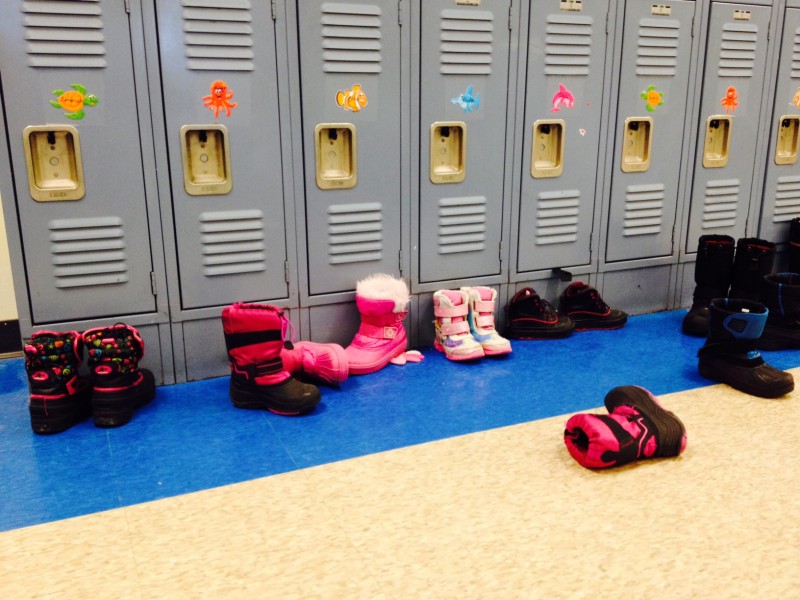 Wisconsin’s Republican-controlled legislature is discussing two bills that would alter the state’s public school system. For many, these changes open the door to for-profit education. Zoe Sullivan reports from Madison.

On a sunny afternoon, Anna Marie Moffit waits for her children outside Thoreau Elementary School in Madison, Wisconsin. Public schools like this one are at the heart of a state legislative debate over education policy reform.

One controversial bill would force so-called “failing schools” to convert to charters if efforts to improve failing grade test scores are unsuccessful over the course of seven years.

The Senate education bill aims to create two separate school boards independent of the state’s Department of Public Instruction; one for private schools receiving public voucher dollars and another for public and charter schools. Both boards would be run by political appointees and would be able to mandate how schools operate, ostensibly to improve test scores.

Moffit – mother of three school-age children, including one with special needs – has decided to run in Madison’s upcoming school board election. She sees a problem with “taking local control away from locally-elected officials and putting it in the hands of these outside entities who are not connected to the community in any way and are actually government appointees.”

Representative Jeremy Thiesfeldt, a Republican from Fond du Lac, drafted the Assembly bill. He did not respond to multiple interview requests, but he told Wisconsin Public Radio that the constitution permits bypassing local school boards.

“When things are not operating as they should be and repeated attempts are made to fix it, ultimately the state has that responsibility,” said Thiesfeldt in the WPR interview. “Now, I don’t want any public schools to be changed over to charter schools. I want them all to be successful but as I said earlier, you reach a point where you have to start taking some serious measures because the changes that are needed are not being made.”

During a public hearing on the reforms held last month, Thiesfeldt acknowledged that the conversion measure does open the door to for-profit education, confirming the fears of many public education supporters.

One group in favor of the education policy reform is the American Federation for Children, which now employs former State Assembly Speaker Scott Jensen as a lobbyist.

Mauren “Mo” May-Grimm, a former school board member from Mineral Point, ran for the state assembly in 2012 and says she encountered the American Federation for Children then. At the public hearing, she said she’s “seen the influence first-hand of big-money interests in privatizing our schools in elections, and I’m concerned about that influence in our laws.”

May-Grimm, who won both times she ran for school board, said that the American Federation for Children spent large amounts on her opponent.

According to the Wisconsin Democracy Campaign the American Federation for Children spent roughly $400,000 on campaigns between 2010 and 2013. The Progressive Magazine reported that the same organization donated $2.3 million to Wisconsin campaigns, a much greater figure than was reported to state election officials.

Even before the proposals currently before the legislature, Wisconsin’s education budget had been on the chopping block. Legislators slashed $1.6 billion during the last budget cycle. Instead of reversing significant tax cuts at the root of the state’s $2.2 billion shortfall, the education bills look to make even deeper cuts to education spending by targeting schools with low test scores.

Many poorly performing schools are in Wisconsin’s largest city, Milwaukee, where 82% of the students in the district qualify as low-income.

Rachel Schlueter has been teaching in the Milwaukee Public School system for 25 years. She says that instead of punishing teachers and public schools the state should do a better job policing private schools receiving state funds.

“We have so many children in MPS who need that community-based school,” Schlueter told hearing attendees. “And we’ve seen so many voucher schools up and leave in the middle of the night. Just recently, before vacation, we had a high school that left around 200 students without a school that their parents had to look for an alternative. Right after vacation.”

The Department of Public Instruction barred the school from participating in the state’s voucher program on December 22nd. The decision came because the school failed to post a bond which had been agreed to as part of a settlement reached when the school repeatedly missed filing deadlines for financial documents.

Representative Thiesfeldt’s bill was slated to fast-track through the Assembly, but conservative opposition to a section of it derailed the up-or-down vote.

Thus far, a new version of the bill has not been released for review.

The state currently spends just over $4 billion a year on education, not including transportation or special needs expenses. It’s not clear how much could end up in private pockets if the conversion plan moves forward.