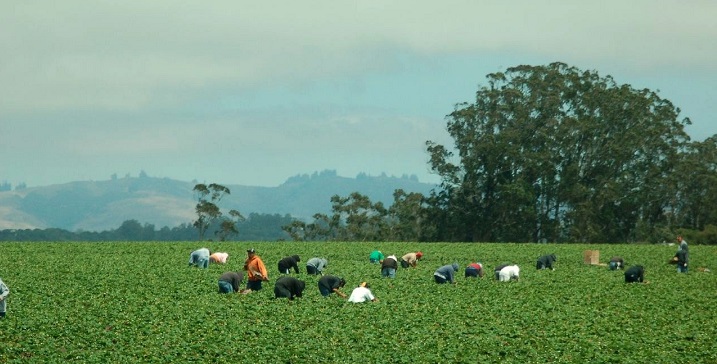 A bill just passed in California would make the state the first in the country to provide agriculture workers the same levels of overtime pay as laborers in other sectors. FSRN’s Lena Nozizwe reports that could mean pay raises for more than a quarter of a million farm workers around the state.

If signed, Assembly Bill 1066 means that California farm workers will get overtime if they work more than 8 hours hours a day or more than 40 hours in a given week.

The wage rules bring farm workers in the state in line with the vast majority of other hourly workers. For more than eight decades, field laborers were only paid time-and-a-half when they worked more than 10 hours in a day or 60 in a week.

The law would be phased in over a four-year period, starting in 2019. Small farms with fewer than 25 staff will get an extra three years.

“Definitely a historic moment for farm workers,” says Veronica Wilson from UCLA Labor Center, which is focused on organized labor and labor rights. “Historically farm workers have been excluded from federal and often local labor law and this is a gigantic shift.”

Wilson says the call for farm workers to get overtime is in line with the labor movement that has gained traction around the country aiming to raise the minimum wage to $15 an hour.

Detractors of the bill say the legislation will ultimately be bad for farm workers, because it will result in more farm workers working fewer hours. Wilson says it more a matter of a fair day’s pay for a fair day’s work.

More than 825,000 California farmer workers are now in line for bigger paychecks.

The bill is now on it’s way to the desk of Governor Jerry Brown.