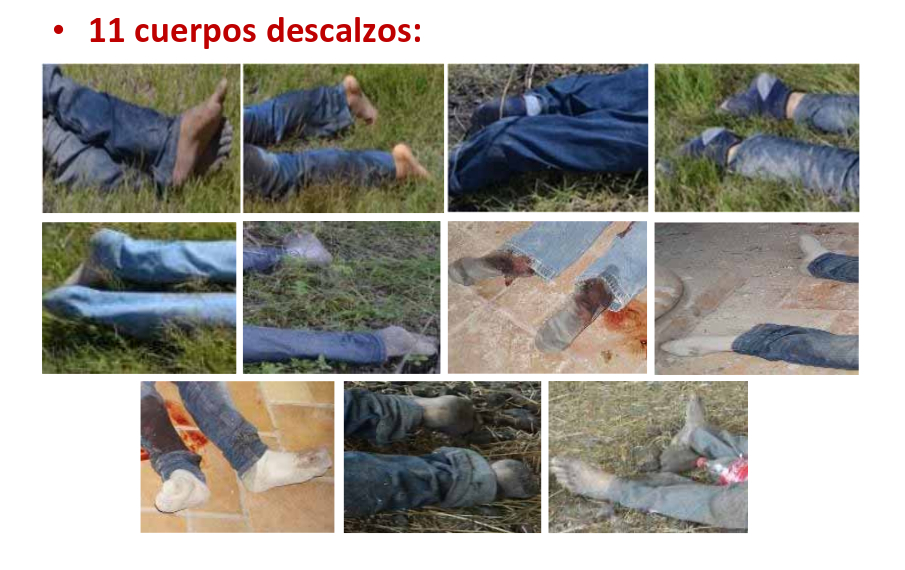 A page of Mexico's Human Rights Commission report shows 11 people killed during a Federal Police raid on a ranch were barefoot.

Mexico’s president has fired the country’s Federal Police chief in the wake of new evidence of extrajudicial executions by federal forces. Shannon Young has more.

Mexico’s Interior Secretary announced Monday that Federal Police Commissioner Enrique Galindo had been replaced effective immediately, and on direct orders from President Enrique Peña Nieto. While not giving concrete details about what caused the dismissal, the Interior Secretary cited the need for a transparent investigation and alluded to “recent events.”

In May 2015, 42 civilians and one police officer died on a ranch in Tanhuato, Michoacán in what Galindo said was a confrontation between his agents and members of the Jalisco New Generation Cartel.

But the National Human Rights Commission found federal police statements contradicted key forensic evidence, weapons had been planted and in multiple instances the deaths did not result from a shootout.

“Twenty-two of the victims were killed in a disadvantaged position in relation to their aggressors,” Eslava explains. “Thirteen of them had their backs turned to those who killed them.”

According to the commission’s report, at least five were shot at from a helicopter.

The Tanhuato incident is not the only one in which federal police are accused of unnecessary use of deadly force. Earlier in 2015, Federal Police agents carried out a deadly operation against members of an armed citizen self-defense group, also in the state of Michoacán. Sixteen people were killed in what survivors described as an ambush, a massacre and a cover-up.

Commissioner Enrique Galindo has been replaced by a longtime close associate who – prior to this week – was in charge of the gendarmerie division of the same police agency.