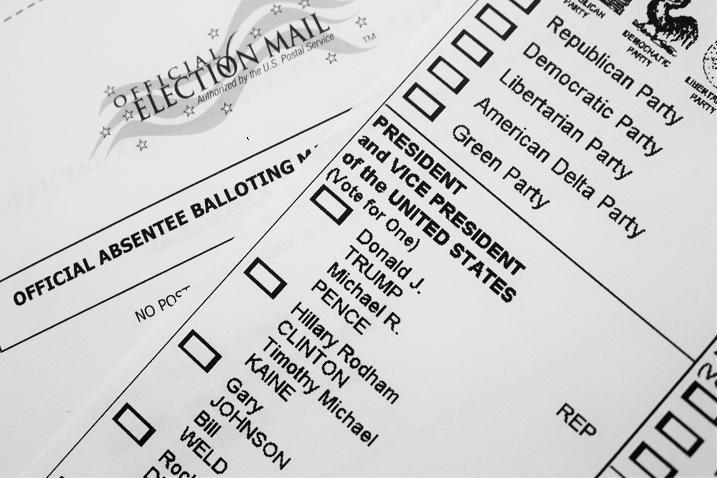 The outcome of the 2016 presidential election has focused renewed scrutiny on the Electoral College system. The United States is the only major democracy in the world to elect its president by a mechanism other than the popular vote. The archaic method was originally developed as a concession to slaveholders who wanted political credit for the people they owned. But doing away with the electoral college would entail amending the U.S. Constitution, requiring a two-thirds vote in both houses of Congress and approval by 3/4 of the states. Previous attempts to do so have repeatedly failed. But a state-level proposal known as the National Popular Vote Interstate Compact is drawing renewed attention.

First, let’s lay the groundwork before looking at the proposal for change. Many people understand the electoral college as a mechanism designed to create balance between small states and large. But in practice, the system benefited slave-states over free-states. Can you give us a brief explanation of how and why?

Dr. John Koza: Well the current system certainly does not help the small states, and there’s plenty of evidence of that – of the 13 smallest states, only one of them is a closely divided battleground state, and that’s New Hampshire; it’s the only one that’s received any attention from the presidential candidates for the last four or five presidential elections. I think that’s one of the myths that maybe my high school civics teacher mentioned years ago, but it’s certainly not in keeping with the facts of what actually happens in presidential campaigns today.

NA: But the electoral college is really a vestige of slavery, correct?

NA: So we are left with an archaic system of electing the U.S. president in which – as we’ve seen again this year – the candidate who garners the most individual votes in the country is not necessarily the person who wins the election. But amending the U.S. Constitution is a tough thing to do and attempts to do so and change the electoral college have repeatedly failed. How would the National Popular Vote make an end run around that process?

JK: It’s not really an end run. The constitution contains in it an explicit provision giving the state legislatures the control over presidential elections. We don’t have a national system of electing the president, we have a series of state laws. And at the beginning, only three states used the winner-take-all type of allocating electoral votes. They used a varied of other methods and it wasn’t until 1880 that the states had settled in on the winner-take-all approach. The power to change the system lies with the state legislators, in the same way the winner-take-all laws were passed in the states that have them is the way you repeal them, and that’s what our National Popular Vote legislation does. It replaces the existing state winner-takes-all laws with a law that says that the state will give all of its electoral votes to the candidate who gets the most popular votes in all 50 states and the District of Columbia.

NA: And where does the interstate compact piece come in?

JK: That’s a key piece because the Constitution also allows the states to make joint arrangements, called interstate compacts, and this legislation that I just described only will take effect when states, having a majority of the electoral votes – that’s 270 out of 538, and that’s enough to elect the president. Our bill only will take effect when states having 270 electoral votes pass the same law. Now, right now, 11 states have passed this law and those states have 165 electoral votes. So what we’re working on between now and 2020 is to get additional states to pass our law, states with 105 more electoral votes. If we do that, in 2020 we’ll have a nationwide popular vote for president in which every person’s vote is equal, in every state, and in which presidential candidates will be compelled to campaign in every state, because every voter in every state will be politically relevant.

NA: In effect, about one-fifth of the states in the U.S. decide the outcome of the presidency. Why then, wouldn’t the other 40 or so states be motivated to increase their political relevance?

JK: In fact, all 11 of the states that have already passed the National Popular Vote bill are so-called spectator states that are completely ignored in the process of electing the president. Of course, the states where we get the best reception, where we’re trying to get the bill passed, are the remaining substantial number of spectator states. In 2012, the entire general election campaign was in just 12 states, and this year, for all practical purposes, it was in just 12 states – it was 94 percent of the campaign events and money were spent in 12 states, and the other states are just irrelevant.

NA: Dr. John Koza, has the 2016 election breathed new wind in the sails of the National Popular Vote movement?

JK: Absolutely. Forty-thousand people since last Tuesday have come to our website and then written their state legislators using the convenient system we have that lets a voter write an email to their state legislator. That, and all kinds of other indications indicate that public interest has been rekindled in this topic.

NA: Finally, what else do you think is important for us to understand about the National Popular Vote, its mechanisms and the movement behind it?

JK: I think the most important point is that this is an achievable political goal. We’re more than halfway to getting the 270 electoral votes that we need; we have 165, we need 105 more. It’s a method that virtually all of our opponents concede is constitutional and it’s firmly based in the powers that the states already have under the constitution. So this is an achievable goal that would produce a very desirable results. And in 2020, we can have an election in which the candidate who gets the most votes wins the White House and every voter, in every state, is politically relevant. We’ll have a 50 state campaign for president instead of a 12 state campaign.