Israel holds plans for new settlements until after Trump inauguration 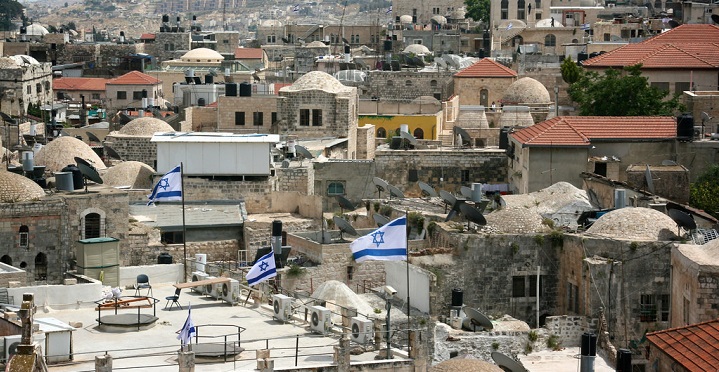 The fallout after the U.S. refused to veto an otherwise unanimous UN Security Council resolution condemning Israeli settlements escalated this week. In a strong rebuke of Prime Minister Benjamin Netanyahu, Secretary of State John Kerry harshly criticized Israeli settlement expansion and moves to legalize outposts that he said have all but sealed the fate of a two-state solution to the mid-east conflict. FSRN’s Nell Abram has more.

In a speech Wednesday, Kerry staunchly defended the U.S. decision to abstain from the vote, paving the way for the international body to pass a resolution calling Israeli settlements in Palestinian territory a “flagrant violation” of international law.

“Regrettably some seem to believe that the U.S. friendship means that the U.S. must accept any policy regardless of our own interests, our own positions, our own words, our own principles, even after urging again and again that the policy must change. Friends need to tell each other the hard truths – and friendships require mutual respect.”

Kerry was deeply critical of what he called the “seemingly endless occupation,” detailing the intricacies of the mid-east conflict and its effects on the Palestinian people and proposing six-principles to guide a peace process going forward. He also reiterated calls for Palestinian leaders to end all violence and incitement.

Ultimately, he stood by the move at the UN saying there was nothing new in the language, and that the rapid expansion of settlements imperils the feasibility of a two-state solution.

“And we cannot properly defend and protect Israeli if we allow a viable, two-state solution to be destroyed before our eyes. And that’s the bottom line. The vote in the UN was about preserving the two-state solution. That’s what we were standing up for: Israel’s future as a Jewish and democratic state, living side-by-side in peace and security with its neighbors. That’s what we were trying to preserve—for our sake, and for theirs.”

Israel responded to the UN resolution by dialing back diplomatic ties to 10 of the 14 other countries who voted for the measure, and accusing the US of orchestrating the move – despite having long used its Security Council veto power to prevent the passage of similar resolutions.

The abstention this time sparked the ire of Prime Minister Netanyahu, who alleges that Washington actually orchestrated the UN move.

“Israelis do not need to be lectured about the importance of peace by foreign leaders,” Netanyahu said, calling Kerry’s speech deeply disappointing. “In a speech ostensibly about peace between Israel and Palestinians, Secretary Kerry paid lip service to the unremitting campaign of terrorism that has been waged by the Palestinians against the Jewish State for nearly a century. What he did was spend most of his speech blaming Israel for the lack of peace, while passionately condemning a policy of enabling Jews to live in their historic homeland in their eternal capital, Jerusalem.”

The UN resolution calls for a complete halt to settlement activities, but Israeli authorities show no sign of slowing that pace. According to the Israeli daily Ha’aretz, the municipality of Jerusalem was set to consider nearly 500 construction permits this week.

But just ahead of Kerry’s speech, Netanyahu postponed the approval process, and later said Israel looks forward to working with president-elect Donald Trump, and to eventually repealing the UN resolution.