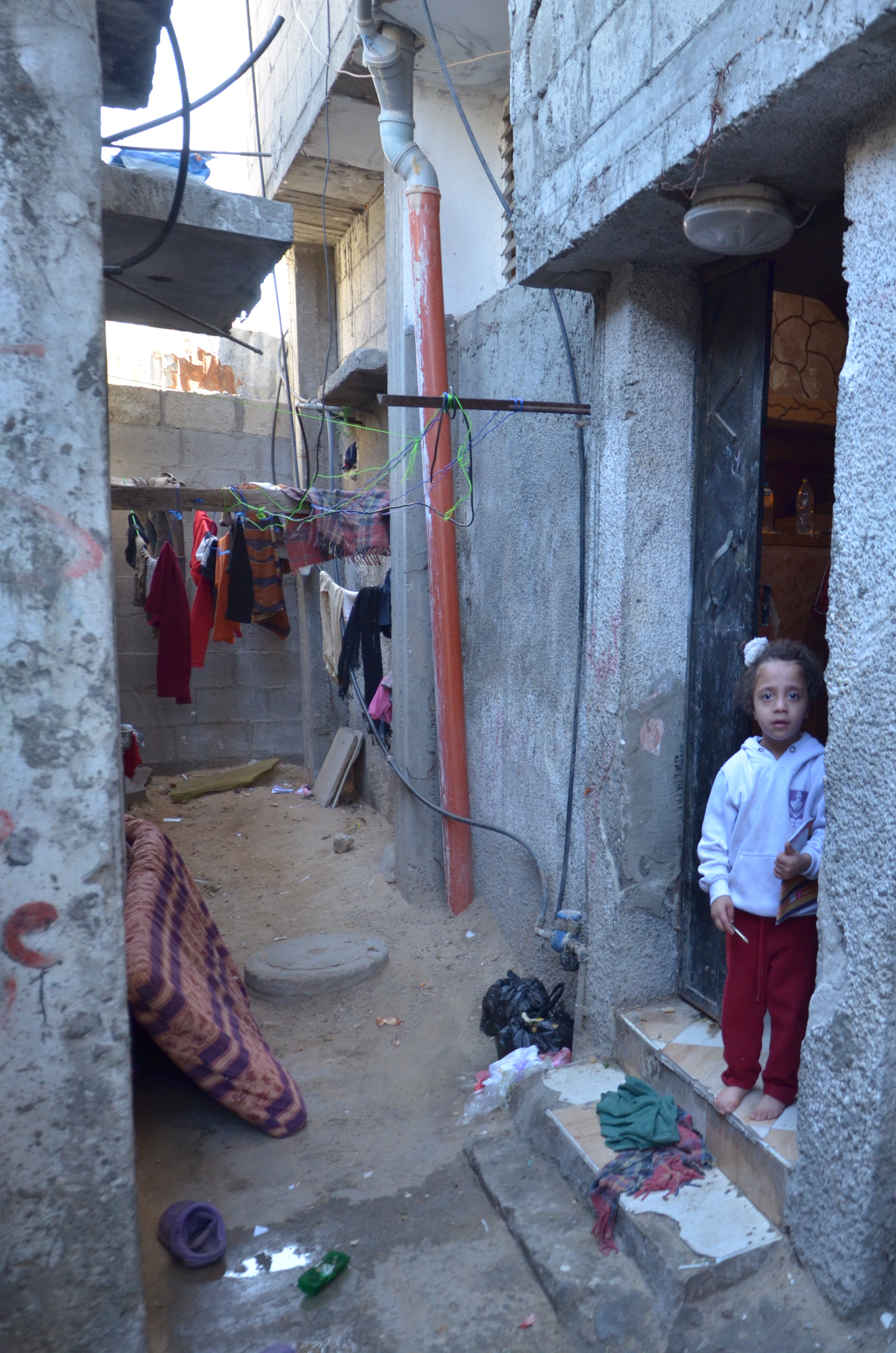 Front Door of Hussam Elaisawy in the Nuseirat Refugee Camp

Palestinian refugees continue to protest outside the United Nations aid agency in Gaza,  saying that cuts to a food ration program are unfair.  According to advocates for the refugees, the program is on track to cut food aid for tens of thousands of families. FSRN’s Rami Almeghari has more.

47-year-old Hussam Alisawy and his 8-member family live in this small, 500 square foot house. Alisawy suffers a heart condition and has been jobless for the past ten years. In addition to a $350 monthly allowance provided by local authorities, he depends on food rations from the United Nations Relief and Works Agency for Palestinian Refugees — or UNRWA —  to feed his family.  He says that beginning in April,  his food ration will be cut off.  His family will be deprived of the  food assistance they currently get four times a year of about 900 pounds of wheat, five gallons of cooking oil, 40 pounds of sugar, 13 pounds of powdered milk and some canned beef.

UNRWA contends that the decision to cut off food rations for tens of thousands of refugee households is meant to help the most needy families in the territory. The Palestine Liberation Organization’s People’s Committee for Refugees contends that the cuts are just more in a long series of reductions of UNRWA services over the past three decades.

Adnan Abu Hasna is a spokesperson for UNRWA in Gaza.

“What UNRWA is doing is trying to double the help for the needy people, to find the real poor people.”

Only those who prove to have no income whatsoever will continue to receive the food rations.

UNRWA is the primary humanitarian aid provider for Palestinian refugees in Gaza, West Bank, Lebanon, Syria and Jordan. Their services include health care , education, sanitation and food. According to Abu Hasna, UNRWA currently spends $80 million a year on food distributions for more than 1 million refugees in Gaza alone.

“This is the main problem, the siege and the blockade on Gaza. Before 2000 and before the siege was imposed, we were begging the people to come to receive the food rations and they used to decline, before they were working in Israel and the private sector was flourishing. This is the problem”.

According to the Popular Committee for Breaking the Israeli Siege of Gaza, more than 80 percent of Gaza’s local industries are now shut down, because of the Israeli closure and embargo on exports in place since 2007.

UNRWA’s Abu Hasna says anyone currently under notice that they are scheduled to be cut from the program can file an appeal. Rami Almeghari, FSRN, GAZA. 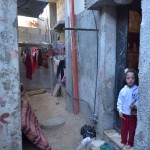 Front Door of Hussam Elaisawy in the Nuseirat Refugee Camp 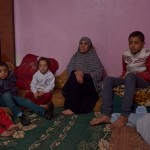 Family of Hussam Aleisawy including his wife Um Mo’ammar and his grandchildren. 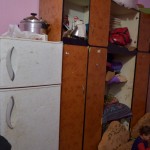 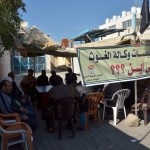 Refugees taking part in a sit-in tent outside the UNRWA local office in the Nusierat Refugee Camp in central Gaza Strip; the poster in this picture reads “What is next with the UNRWA copiracy to reduce services.” 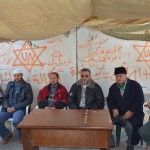