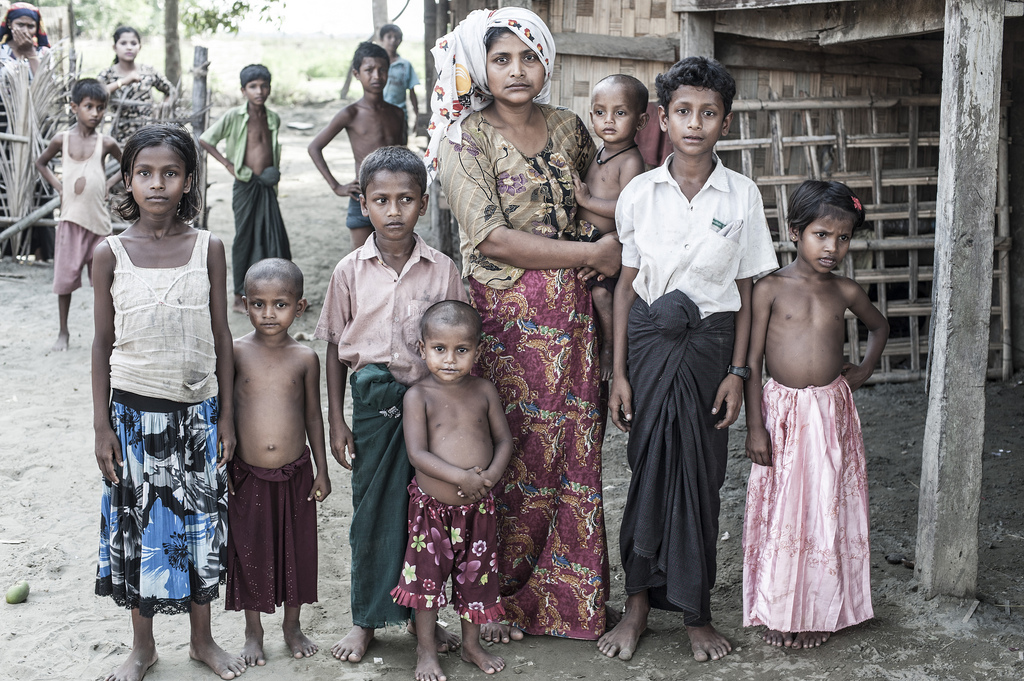 A Rohingya widow and her children. Her husband died when he fell into a pond after being tortured by state police.

A U.S.-based human rights group is seeking a full investigation into abuses against the minority Rohingya Muslim community in Myanmar. Amid ongoing attacks, thousands to flee by boat each year to escape persecution.  As Ron Corben reports, the rights group says official documents reveal the discrimination and restrictions covering a wide range of activities from marriage to travel.

The U.S.-based rights group  Fortify Rights  says human rights violations and threats by Myanmar security forces against the Muslim Rohingya population in the western Rakhine state are on-going and systematic. Ethnic clashes by the Rakhine Buddhist community have escalated since 2012 with attacks on Rohingya communities, leaving some 140,000 people in refugee camps, many with little hope of returning to their homes.

According to Matthew Smith,  Director of  Fortify Rights,  the on-going plight of the Rohingya requires a full investigation into violations and abuses.  Smith says, “We want the international community to push for an independent investigation with international and Myanmar investigators where they can go into Rakhine State take a close look at the human rights violations that have taken place there including restrictions that are in place.”

In its report released this week, Fortify Rights found  based on official documents that  policies by the Myanmar Government to maintain restrictions on the freedom of movement, rights to marriage, childbirth and other aspects of life affecting the Muslim Rohingya Community.

The report said the documents  uncovered by the rights group show restrictions denying Rohingya basic human rights  including rights to non-discrimination as well as restrictions on the construction of places of worship.

Smith called on the Myanmar President, Thein Sein, to take steps to abolish the practices and investigate the abuses. “Really, what we’re trying to do right now is put an end to these abuses,” said Smith. ” Thein Sein – the president of Myanmar — has the power and authority to put an end to these abuses. He can initiate an effort that would reach all the way down to the grassroots level where many times these abuses are being played out. He can initiate an effort that will help abolish these practices in the ground.”

But the Myanmar Government rejected the findings calling them “baseless accusations” from what they refer to as Bengali lobby groups, persisting in using the prejudicial term for the Rohingya community.

Ongoing violence against Rohingya and Muslims elsewhere in Myanmar has raised fears for deep divisions in the communities in the run-up to the 2015 national elections.

The latest violence and bloodshed came in January with an attack on the village of Du Chee Yar Tan in northern Rakhine state. The United Nations estimates that at least 48 people died in assaults by security forces and local Buddhists on Muslim Rohingya. Faced with international pressure about the attacks, President Thein Sein ordered an investigation into the killings. The official report was due this week.

Chris Lewa is  a rights advocate for the Rohingya. “A  climate of insecurity for the Muslims has continued,” said Lewa.  “And even deteriorated as you have heard probably with the massacre that took place in Du Chee Yar Tan town and the restrictions of movement, the checkpoints have increased largely people have to pay bribes,  new restrictions on access to fishing, to collect fire wood – all these things just make life more difficult that it was before.”

According to Lewa, the camp population of 140,000 is increasing as more Muslim villagers fear for their lives and have lost their livelihoods seek the protection of the camps.

The UN says deplorable living conditions for many Rohingya has led tens of thousands to venture by boat toward Thailand, Malaysia and Indonesia — with 27,000 asylum seekers leaving in the first six months of 2013 alone.

A 2013  UN resolution called on Myanmar to grant citizenship to the one million Rohingya currently stateless under a 1982 Citizenship Law.   But the government has resisted all these efforts, leaving the lives of the Rohingya uncertain and insecure. 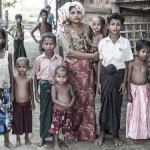 A Rohingya widow and her children. Her husband died when he fell into a pond after being tortured by state police. 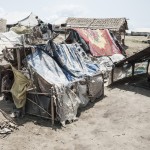 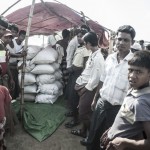 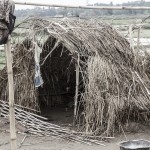 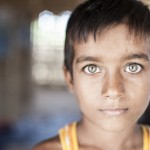 A boy, intense and beautiful 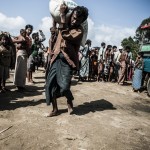 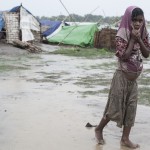 A boy, after five days without food 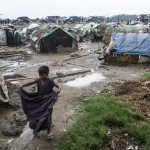 A child by tents in a camp 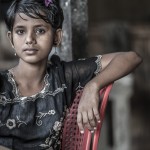 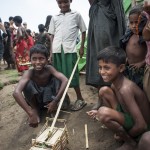 Boys with a toy at a grass hut village 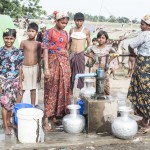 Women gathered around a new well 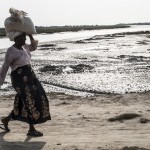