Use of solitary confinement in U.S. prisons under scrutiny 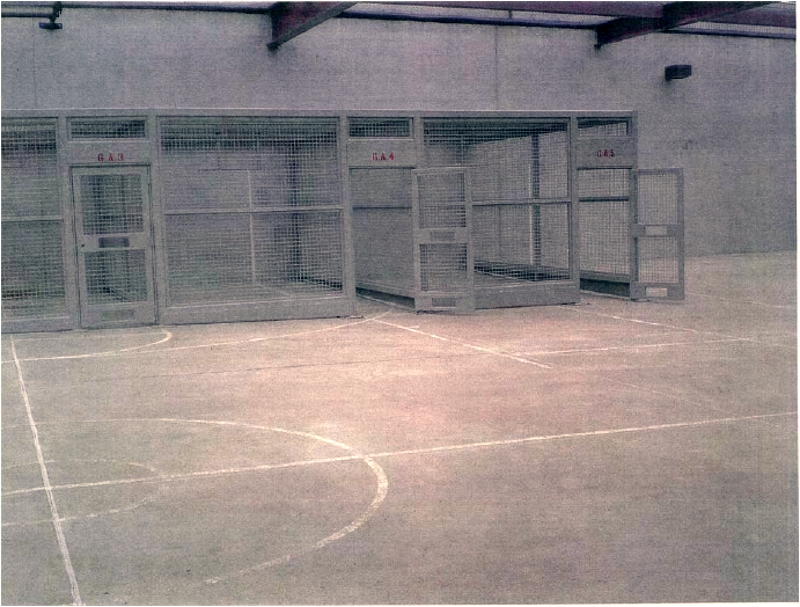 The ADX federal prison in Colorado has a reputation for housing the worst of the worst. It’s a super maximum lock down facility and is notorious for the conditions in its solitary confinement unit.

“ADX is the most secure prison in the Federal Bureau of Prisons and houses roughly 425 prisoners whom the BOP has decided require the highest level of control within the Bureau of Prisons,” says Ed Aro of the Arnold and Porter law firm. “People are locked in a solitary cell that’s about 90 square feet in size for 22 hours a day most days, there’s 2 days a week they spend 24 hours in their cell.”

Aro is one of several attorneys filing a class action lawsuit against the Federal Bureau of Prisons, arguing its use of solitary confinement and the treatment of prisoners violates the 8th Amendment’s ban on cruel and unusual punishment. Aro says the living conditions at ADX are beyond heinous and that one of the plaintiffs in the suit lost his mind after spending 6 months in an isolation cell called the hole.

“Over a 6 month period, he lost 50 pounds because he wasn’t being fed by the staff on a regular basis. He developed wild delusions about having diamonds in his legs and began digging holes in his legs as a result of which both of his legs became racked with staph infection.” Aro says the inmate was transferred to a prison hospital, “only after he was observed by staff crawling naked on the floor of his cell with feces and urine all over his cell, scooping up a ball of feces rolling it in his hands and then eating it because he didn’t have anything else to eat.”

Prisoners at ADX have a history of staging hunger strikes to protest conditions there. The prison watch dog group, Solitary Watch reported last month 8 to 9 inmates on a hunger strike at ADX were force-fed. FSRN contacted the Federal Bureau of Prisons to confirm the report, but a spokesperson declined to verify any hunger strike, nor would he give information about force-feeding since it’s a “medical practice” and they don’t disclose medical information of inmates.

Federal Bureau of Prisons Executive Director Samuel Charles spoke before a Senate hearing in February on the use of solitary confinement. He says while the Bureau of Prisons has reduced it’s use of solitary confinement by 25% since 2012, there’s still a need for SuperMaximum facilities like ADX: “Out of 413 inmates at the ADX 47% have killed other individuals, and that is a combination of murdering before coming into and have murdered other inmates or staff while in system, those inmates require other restrictive housing. However, I would never say we are giving up on those individuals.”

The state of Colorado is also reducing its use of solitary confinement. Rick Raemsch, the newly appointed Executive Director of Colorado’s Department of Corrections voluntarily spent 20 hours in 10×7 foot solitary confinement cell and spoke about it at the same Senate hearing. He questioned the ethics of locking an inmate alone in a small room for 24 hours a day.

“How about 20 hours a day? How about 18 hours a day? Or they start at 23 and work they’re way down to 10?” he asked while stating it is a measure that would be implemented under his watch. “As I sat in that cell for over 20 hours my response was this is no way to treat an American. It’s not a way the state should be treating someone and internationally it’s not a way to be treating someone.”

The psychological impacts can be devastating even for the sound of mind. Raemsch has also criticized the practice of releasing prisoners directly from solitary. The prior head of corrections in Colorado, Tom Clemens, was murdered by an inmate who served time in solitary isolation and was then released straight into the public.

“You sort of have two buckets,” says Ed Aro, the attorney challenging the Federal Bureau of Prisons’ use of solitary confinement at ADX. “One is the major mental illness-the schizophrenia the other is what people have termed the SHU Syndrome. Which is people in isolation becoming paranoid, very anxious, disassociating- leaving their bodies and the mind separating from their bodies.” He warns these inamates are of particular concern because, “a vast majority of these people are going to be released into the community at some point and are going to carry with them into the community all of those symptoms.”

The Federal Bureau of Prisons estimates 95% of it’s inmates are returned back into society. Aro says although they’re in mediation with the Federal Bureau of Prisons, he’s preparing to take their suit to a trial to reform the use of solitary confinement and the treatment of mentally ill inmates at the federal level. States continue to take action as well, a bill is pending in California to limit solitary confinement sentences to no more than three years.