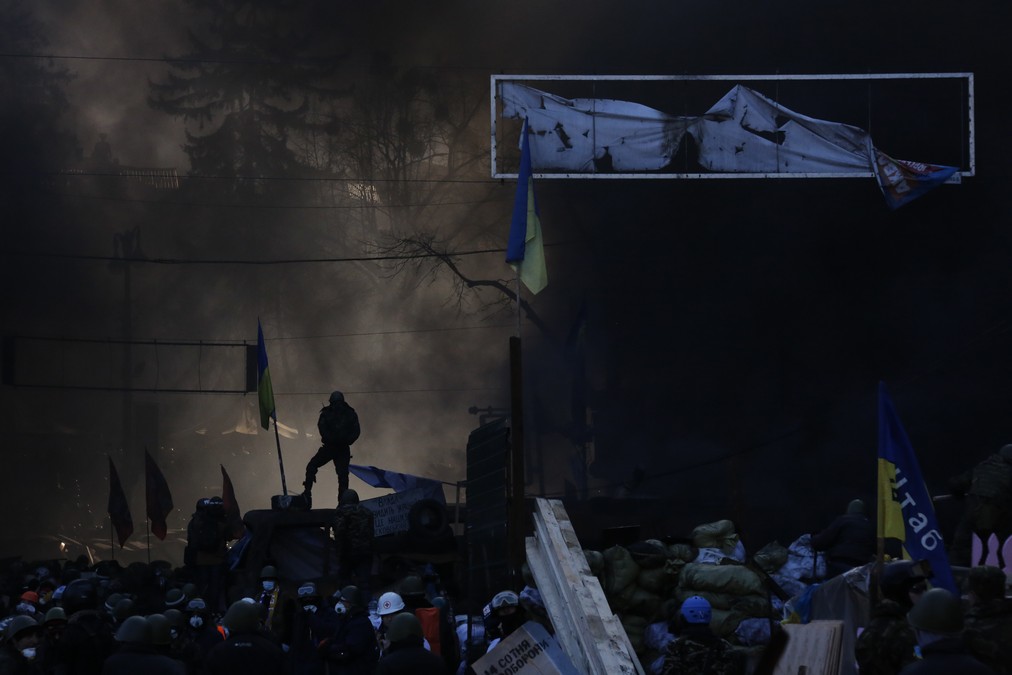 Protesters gather in Kiev's Maidan square ahead of a possible crackdown.

Anti-government protests in Ukraine have intensified after negotiations between the government and protest leaders broke down. At least 25 deaths of protesters and police have been reported since Tuesday. Hundreds more have been wounded. Ekaterina Danilova reports.

The Ukrainian security service has announced it may launch a so-called “anti-terrorist” operation across the country, under which police will have the right to use live ammunition. In preparation, protesters have called on all citizens to come to Kiev’s central square, Maidan.

Street battles on Tuesday led to a government ultimatum for protesters to break up their camps in the center of Kiev. Police cleared some areas overnight. Demonstrators continue to occupy a number of administrative buildings, including the main post office.

An activist – who requested anonimity – has helped organize a small hospital to treat injured protesters and provide them with food and clothing, because in state hospitals, they are vulnerable to arrest. She says the demonstrators come from various political viewpoints, but all agree the current administration must step down and make way for immediate elections.

Anti-Putin activists in Russia held a rally in St. Petersburg over the weekend in support of Ukrainian protesters and some are going to Kiev in solidarity.

PIVOVAROV: “They want their country to go on a normal, democratic, European path. So I think it is a good example for all of us of how people can unite and fight for their rights.”

U.S. and European Union officials are threatening to impose sanctions on Ukraine in response to the violence against protesters.