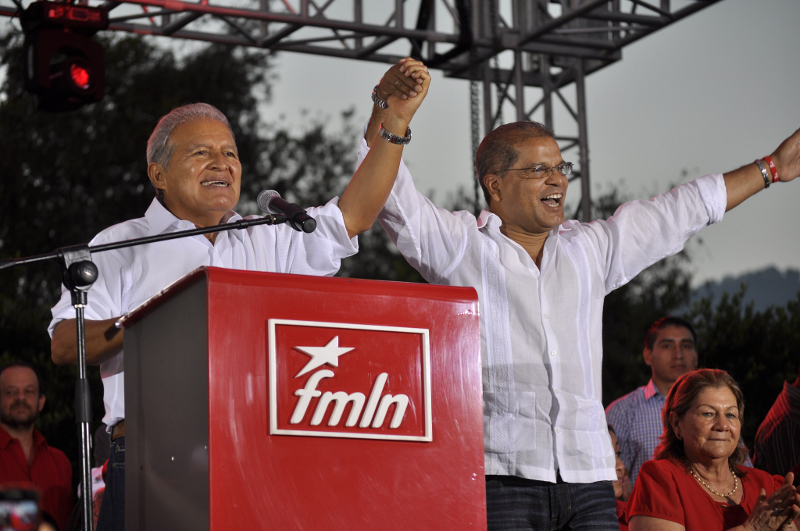 On March 9th, the people of El Salvador went to the polls and elected former guerrilla Salvador Sanchez Ceren as President by a razor-thin margin. International observers declared the election “free and fair”, but Ceren’s right-wing opponent Norman Quijano refused to concede, alleging fraud and demanding a full recount. The legal battle spilled into this week, when the country’s highest electoral court officially declared Sanchez Ceren the winner.

For more, FSRN’s Washington, D.C. correspondent Alice Ollstein sat down with Alexis Stoumbelis, the executive director of the Committee in Solidarity with the People of El Salvador, known as CISPES. Stoumbelis, who just returned from observing the election, began by analyzing what the results mean for the country and the region.

“Its an exciting sign of the times on El Salvador that the groundwork that was laid to really try to reorient the priorities of the government to be more oriented towards the needs of the majority was very impactful on the population and that spurred people to be willing to take a little bit more more of a political risk and continue to choose a government that was much more strongly aligned with their interests than those of the financial elite that has typically and historically governed El Salvador. So, that’s an exciting sign for El Salvador.

“On the other hand, of course the elections were very close. And so that was a sign more than anything of how committed and how may resources the financial elite has to continue to protect their political vehicles in El Salvador and throughout the region. So I think even though the people’s will was continuing down the path of change its hard to say with that close of a margin that there’s a really strong mandate the way that one would hope for the kind of courageous government that’s going to be needed. So I think its not going to be an easy path forward and I think the right-wing Arenas party’s refusal to recognize the results is a concerning sign that they will continue to obstruct the kind of progress that the government of Sanchez Ceren is going to try to push forward in El Salvador.” 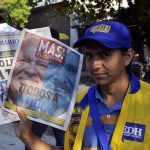 The front pages on election day in El Salvador. 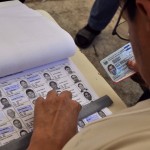 A poll workers looks over the voter rolls. 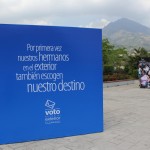 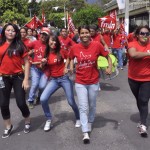 Women at a pro-FMLN rally. 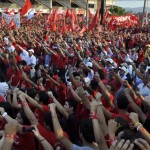 Raised fists at the FMLN rally. 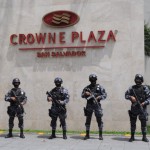 Outside the hotel where the final vote count took place. 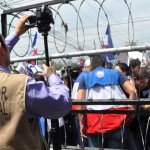 CISPES observer documents a rally by ARENA supporters outside of the hotel where votes were counted. 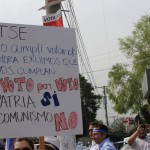 Sign at pro-ARENA rally reads “Yes to the homeland. No to communism.” 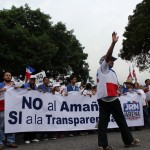 ARENA is a far right wing party that was founded at the height of El Salvador’s civil war. 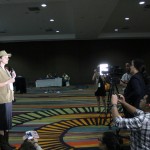 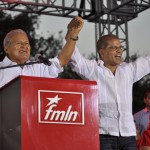 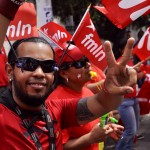 FMLN won the presidency by a razor thin margin – far short of a strong mandate.