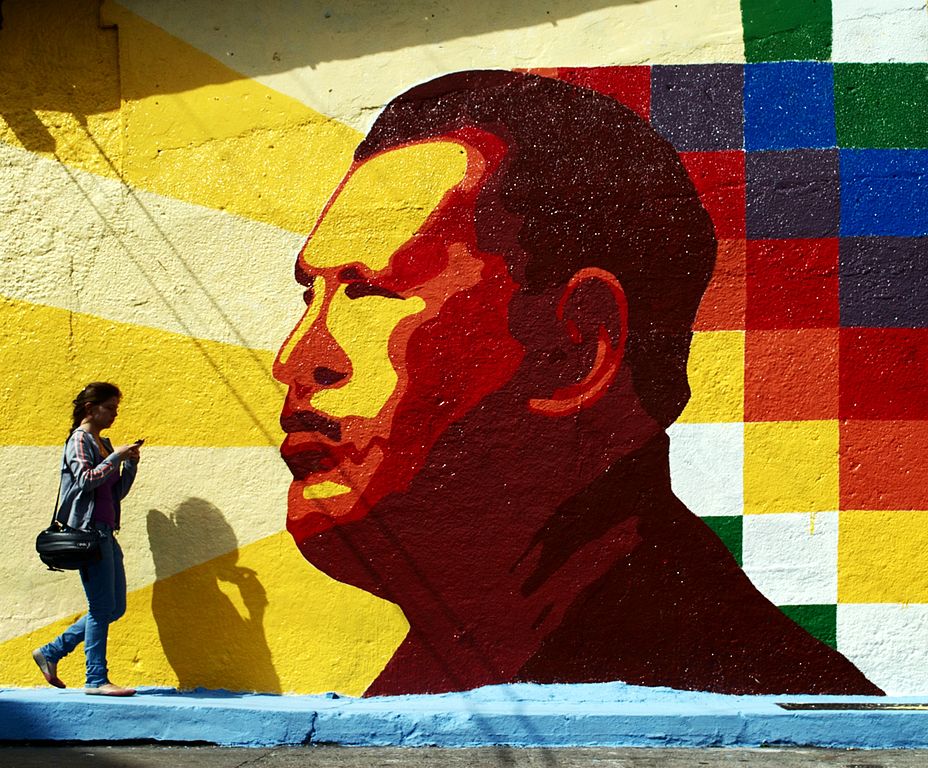 Today marks the one-year anniversary of the death of Venezuelan president Hugo Chávez. The former leader – charismatic to some, controversial to others – governed the country through profound socioeconomic policy changes which included universal access to healthcare and education and dramatically reduced poverty rates. This made Chávez popular among the poor and working class, but cost him the support of many in the middle and upper classes.

Venezuela is now a deeply polarized nation. Over the last three weeks, thousands of students and members of the opposition have taken to the streets to protest the government and current problems, such as the high inflation rate, food shortages, and insecurity.

While many of the protestors have been peaceful, others — armed with Molotov cocktails and even guns — have violently attacked government buildings, schools, banks, and buses, and blocked roads in opposition neighborhoods across the country. The violence has led to 18 deaths and dozens of injuries. Opposition protestors are demanding the ouster of Chávez’s successor, Venezuelan president Nicolas Maduro, who has responded by calling for dialogue.

The wave of protests comes just two months after Maduro and his supporters won major gains in regional elections across the country. For more on the situation, FSRN’s Michael Fox spoke with Steve Ellner, a long time professor of political science at the Universidad de Oriente in Puerto La Cruz, Venezuela.