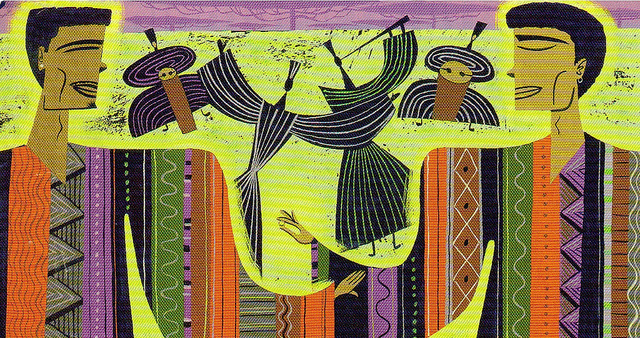 In Zimbabwe, the gay community marked this month’s International Day Against Homophobia at a secret venue in the nation’s capital, Harare,  because of what they say are on-going state-sponsored security threats in a nation where gay activities are criminalized. FSRN’s Garikai Chaunza attended the event held by  advocates who say the gay community is far from enjoying equal rights in the south African country.

While the International Day Against Homophobia is marked in many nations by public events and official statements about equality, members of the lesbian, gay, bisexual and transgender community in Zimbabwe held a clandestine gathering this May 17th.

Chesterfield Samba is the director of Gays and Lesbians of Zimbabwe, or GALZ, an organization that advocates for LGBT rights.

“When we try and host these activities in the cities and wherever it is always the issue about who then will be able to support such events and also issues around safety and security of people that are here,” said Samba.

Male homosexuality is a criminal offense in Zimbabwe and same sex marriage is prohibited by the constitution. Long-ruling President Robert Mugabe often uses anti-gay rhetoric in his speeches.  In his Independence Day message on April 18, Mugabe threatened to expel Western diplomats who publicly promote gay rights in Zimbabwe.

Dutch Ambassador to Zimbabwe, Gera Sneller, spoke to  reporters on the sidelines of last weekend’s  event.

“I feel that the entire discussion around the LGBTI people is still sensitive in Zimbabwe, so we have to be careful,” said Ambassador Sneller.   The Dutch diplomat continued, “Many of the people have said they experience discrimination, exclusion and we do not want to push the issue. It is about the LGBTI people who live in the society which does not accept them and we want to help them to claim their rights as citizens of Zimbabwe and as citizens of this world and to fully enjoy the rights that were given to them in the Universal Declaration of Human Rights to which Zimbabwe is also a member.”

The country’s new constitution, which was adopted last year, guarantees freedom of association and individual privacy.

“One of the issues that arise in the new constitution for instance is the obligation on the courts to take into account all international laws treaties and conventions to which Zimbabwe is a party,” explained Bhamu. “If that happens then it means that all international instruments that relate to minority groups can be invokes to ensure their protection.”

Zimbabwe is not alone in its policies. At least two other African nations, Uganda and Nigeria, enacted laws this year to criminalize homosexuality.