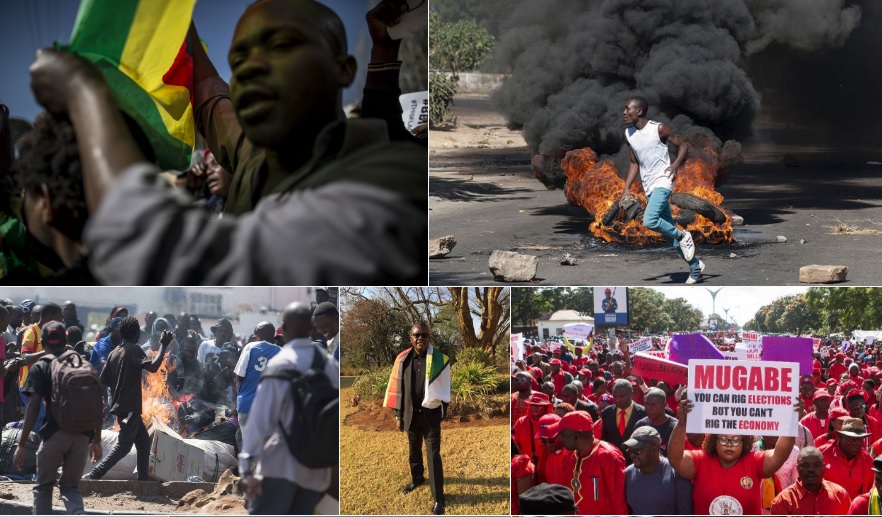 Zimbabwe’s High Court has declared that a recent ban on protests is unconstitutional, overturning a Mugabe-led move to stifle dissent in the country. FSRN’s Garikai Chaunza reports from Harare.

Opposition parties and human rights activists are hailing the decision by High Court Justice Priscilla Chigumba. The ruling comes on the heels of a lightly veiled threat from President Robert Mugabe, who said Saturday that judges “dare not be negligent in their decisions” on legal challenges to a two-week ban on public protest in the country.

Amid widespread revolt in the country, late last week the government invoked the prohibition on protest. The move came after a coalition of political parties called the National Electoral Reform Agenda, or NERA, reapplied for a permit to demonstrate in central Harare last Friday.

Until a few years ago, public protest in the country was rare because the nation’s constitution included strict rules for public gatherings and demonstrations. But those rules were tossed out when voters approved a new constitution in 2013.

Tendai Biti, the attorney representing NERA, told reporters outside the court that the judgment shows the independence of the judiciary.

Since May, Zimbabwe has seen a series of escalating protests, with people expressing anger at President Robert Mugabe. They say he is ruining the country that’s now crippled by a cash crunch and labor crisis.

Mugabe has reacted by unleashing armed police details to beat up and arrest peaceful protesters. In recent weeks, hundreds of thousands of dollars worth of property has been damaged as civilians fight back against the repression.

Justice Chigumaba stayed her order for seven days to allow the government a chance to appeal.