Zimbabwe media have nothing to celebrate on World Press Freedom Day 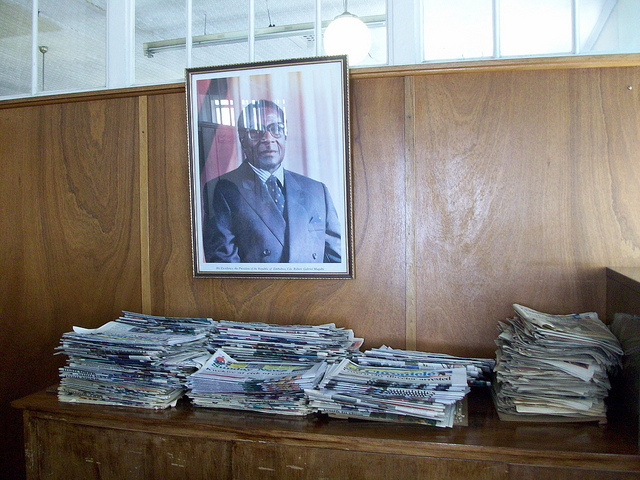 May third is World Press Freedom Day, but members of the media in Zimbabwe say they have nothing to celebrate, because the country’s laws continue to criminalize the practice of independent journalism. At least five journalists were arrested in the past week on charges including illegal possession of broadcasting transmission equipment, publishing stories which allegedly incite violence and destroy the character of prominent business people. From Harare, Garikai Chaunza reports.

Officials in Zimbabwe continue to arrest and detain members of the media, despite guarantees of press freedom in the country’s new constitution.

Police arrested editor Nevanji Madanhire and reporter Moses Matenga, this week. Both are with the private daily newspaper, Newsday. They were charged in connection to a story the paper ran which accused the Zimbabwe Republic Police Commissioner General Augustine Chihuri of causing the death of a toddler who died last week in an accident involving the police and a commuter omnibus driver. In a similar case, Daily News editor Stanly Gama and his senior reporter Fungi Kwaramba, appeared in court this week for allegedly criminally defaming a local businessman in stories suggesting that he was using his political muscle to curry favor from President Robert Mugabe.

And last week in Bulawayo, the country’s second capital, the police raided Radio Dialogue, acommunity radio initiative that broadcasts on the internet, claiming that it was transmitting information which could jeopardize state’s interests. They arrested the radio station’s production manager, Zenzele Ndebele. He was released the following day without charge.

In March 2013, voters in Zimbabwe approved new constitution that guarantees media freedom. The nation’s Deputy Minister of information media, Supa Mandiwanzira, says that police continue to arrest journalists because the government has not yet realigned its laws with the new constitution, due to a lack of funds. Mandiwanzira, a former broadcaster and current radio station owner, says “we continue to have criminal defamation when journalists being arrested is a result of our structure.”  Further, he contends “that as long as the law is in place despite our sentiments as the ministry which superintends over the media which are the most affected this law, we have to acknowledge that the law is still in our books, that parliament has not done anything yet to adjust that law. It is an unfortunate circumstance.”

Media law expert Jacqueline Chikakano says there is no excuse for the police actions, calling the continuous arrests gross violations of the laws of the land and adding “their continued existence is no longer justified.”

“The rights that are enshrined in the constitution, the spirit of those constitutionally guaranteed rights,” Chikakano says, and  “must be filtered to our applicable day to day laws.”

The Zimbabwe union of journalists, or ZUJ, has launched a week-long lobbying effort to coincide with International Press Freedom Day, calling on lawmakers to realign media laws with the new constitution. ZUJ Secretary General Foster Dongozi says they aim to convince the authorities that these arrests of journalists are indefensible.

“At ZUJ, we have made our position very clear that it is appalling, it is unacceptable, it’s a moral disgrace, and it’s a moral outrage,” said Dongozi. “The arrests that are taking place are actually flying in the face of the developments that are taking place calls by no less than the minister himself that laws such as criminal defamation should be removed from our statutes and the efforts by the same ministry to institute an inquiry into the operations of the media.”

The government recently established the information and media panel of inquiry, with representatives from media stakeholders the church, civic society, academia, and both the private and public sectors. The panel has four months to conduct a review of the country’s media environment.

In the mean time, media advocates continue to press lawmakers to swiftly take action to align the nation’s laws with its constitution.