A “blueprint” for community-driven urban renewal 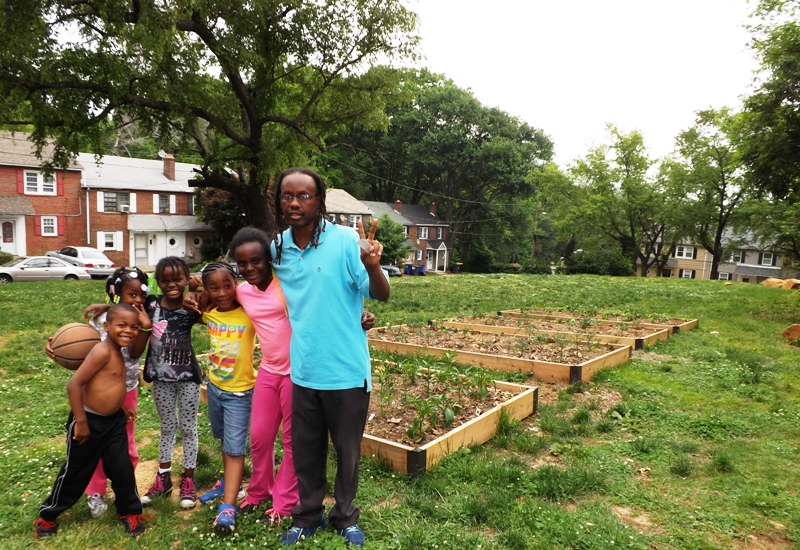 For many years, urban decay affected many cities and towns across the United States. Most notably in Detroit, abandoned or deteriorating housing units are part of the everyday landscape. In many cities, government efforts to reverse this trend and so called “urban renewal” projects have often brought gentrification and displaced low-income families. FSRN’s Dolores M. Bernal brings us this look at a program in three East Coast states that is empowering residents to take back their communities.

Cherie Whitney lives in Edgemoor Gardens, a neighborhood located on the outskirts of Wilmington, Delaware. Housing at Edgemoor Gardens was built after the Second World War for young veterans returning home.

Decades later, 70 percent of the homes are owned by banks and private investors. The houses were rented out and rapidly deteriorated from the lack of upkeep. Whitney says it’s “what caused the blight in this community, just not very good landlords, not very good investor owners.”

At the University of Delaware in Newark, Professor Raheema Jabbar-Bey has been studying the problem of urban decay. She says Wilmington is symbolic of what’s happened to many urban centers across the United States. The recent mortgage crisis took a toll on communities, leaving homes in neighborhoods around the country boarded up and abandoned. But the plight began long before.

Living in a decaying neighborhood affects residents’ well being and safety. In 2007, after the death of two teenagers on her street, Cherie Whitney of Edgemoor Gardens decided to take action.

“It was either put more locks and fences and alarms on my house and worry about getting from my house to the car,” recalls Whitney, “or make people wake up and knock it off and realize that fences, locks and alarms don’t make a great community to live in.”

Whitney and a handful of other mothers in her neighborhood began holding meetings in her living room to discuss the problems in the community. A year later, they were selected to participate in the Blueprint Communities program sponsored by the Federal Home Loan Bank of Pittsburgh (FHLB) which works in partnership with housing non-profits and educational institutions.

David Buches of the the FHLB of Pittsburgh describes the program as “a leadership development, capacity-building initiative that we started back in 2005 and the hope was that it would result in better capacity of cities that we serve in Pennsylvania, Delaware and West Virginia – better capacity to do comprehensive community revitalization.”

The program is administered by the Federal Home Loan Bank. There are 12 such banks in the US. They were created by the government to facilitate lending to commercial banks. Federal home loan banks distribute low-interest loans in good faith, but what the commercial banks do with it is out of their hands. However, federal banks can go after the commercial banks if they are involved in fraud.

In January, the Federal Home Loan Bank of Pittsburgh settled a $1.8 billion dollar lawsuit against JP Morgan Chase resulting from mishandled securities during the mortgage crisis in 2006 and 2007.

Federal home loan banks (FHLBs) must earmark 10% of their income for Affordable Housing Programs. Money awarded to Blueprint Communities comes from these grants.

Whitney points out where she wants playgrounds and public spaces while looking at a map of the projects she has planned for her community. So far, two community gardens have been built, and 10 homes have been rehabbed. One now serves as the offices of Whitney’s new non-profit and a resource center with after-school programs for youth. Other homes are still occupied by their previous owners who are now able to live in a comfortable and safe home.

So far about 33 communities are active Blueprint communities, investing funds into their neighborhoods and building affordable housing in their communities. Since 2005, the program has generated more than $200 million in private and public money for a variety of local needs in the three participating states.

Kurtis Bale, also known as “Shalamar” lives in Edgemoor Gardens. He says that he has noticed that people are taking better care of the neighborhood since it became a Blueprint Community. He often volunteers at the new community gardens.

“Back in the day my grandfather had gardens, [now] we depend on the supermarkets too much for many different things,” he told FSRN, adding that the gardens not only show kids how to raise food, but reinforce the right of residents to fresh vegetables and fruits.

Last month, six more communities, mostly in Pennsylvania, were selected as Blueprint Communities. According to Professor Jabbar-Bey, the program is a model for the rest of the country – as long as residents remain the driving force.