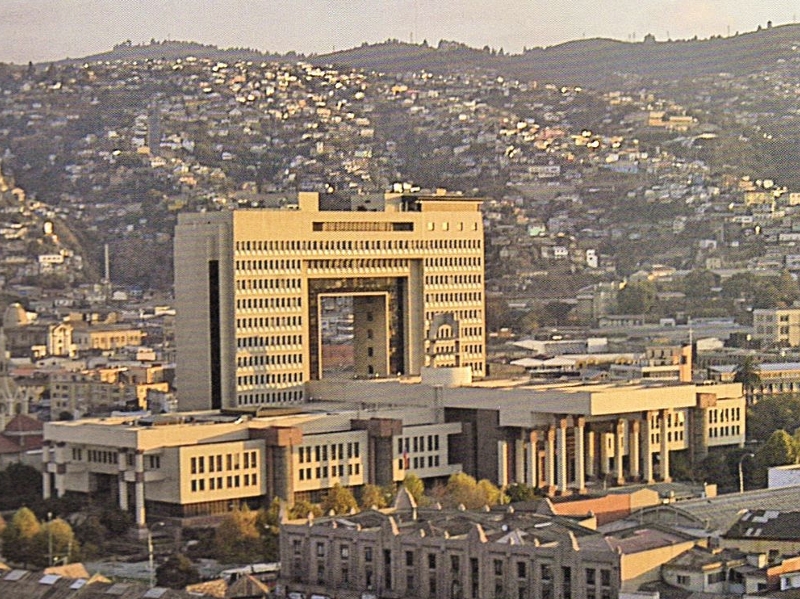 The Chilean Congress is considering a bill that would institute political gender quotas. Political parties and coalitions would be required to field at least forty percent female candidates. Chilean legislators have tried to introduce quotas before, without success. But women’s rights advocates are confident that, this time, the bill will get a hearing, since it’s part of a series of electoral reforms introduced by President Michelle Bachelet’s majority coalition. From Santiago, Chile, Eilís O’Neill reports

Chile is one of a few countries in the world to have elected—and then reelected—a female president, but gender parity in the legislative branch remains a challenge. Only fifteen percent of Chile’s national legislators are women. That’s why Pepe Auth, an MP from Santiago for the left-wing Party for Democracy, wrote a bill that would institute political gender quotas. He says it’s necessary to force the men who run the country’s political parties to give up some of their power.

“Men tend to act as a body to defend themselves,” Auth said. “And, since political parties are mostly controlled by men, they justify themselves by saying, ‘There aren’t women available.’ That’s faulty logic. There aren’t women available because they aren’t given opportunities, and [party leaders] say they don’t give them opportunities because they aren’t available. A quota breaks that construct.”

In the Chilean political system, parties submit lists of candidates which are then placed on the ballot. The proposed quota law would require parties to submit gender-balanced lists. No gender could dominate more than sixty percent of the available positions.

Pepe Auth says Chileans are just as likely to vote for female candidates as for male ones; the difficult part is getting women on the ballot in the first place.

Every Latin American country except Chile, Guatemala, and Venezuela imposes gender quotas on parties or elections. As a result, twenty-five percent of the region’s legislators are women, compared to twenty-two percent of lawmakers globally.

Jennifer Piscopo, an assistant professor at Occidental College, says in countries without a gender quota law there’s a pervasive myth that quotas help unqualified candidates get into office. She adds that myth doesn’t hold water if you look at lawmakers’ qualifications in terms of education and experience.

According to Piscopo, in Europe “the imposition of gender quotas raised the quality of politicians across the board. And, in fact, what the quotas did was weed out some unqualified men.”

Piscopo has studied the effects of gender quotas in Mexico, where female precinct captains—grassroots organizers in charge of getting out the vote— have been able to become candidates because of the imposition of quotas.

“Quotas challenge our notion of what makes a qualified candidate—because, in fact, these female precinct captains are very qualified. They know exactly what their constituent needs; they know exactly what their constituent wants; and they can deliver the vote. But they don’t have an MBA. And, so, do you have to have an MBA to be in elected office, or do you need to be close to your constituency?”

The Santiago-based think tank ComunidadMujer estimates that seventy percent of Chileans are in favor of gender quotas in politics. ComunidadMujer’s legislative project director Maricel Sauterel says having more female legislators has an impact beyond Parliament.

“The women who make it to Parliament are the ones that bring gender issues to the forefront,” Sauterel
notes. “Without them, we wouldn’t have domestic violence legislation; we wouldn’t have legal divorce either. We wouldn’t have a bunch of laws about issues men simply don’t see. As more and more women start to make decisions, it’s possible that will have an impact in other arenas.”

In Chile’s last elections, in November 2013, voters elected only one more female legislator than they had four years before. Facing this slow rate of change, former opponents of quotas are starting to change their positions. Marisol Turres, MP for the conservative Independent Democratic Union.

“Eight years ago, I didn’t think we needed quotas,” Turres recalls. “I thought women had come to politics to stay. But the truth is that there’s always a great deal of discrimination. And that’s why I became convinced that we do need quotas both in politics and in the private sector.

Lawmakers predict the Chilean Parliament will vote on proposed electoral reforms, including gender quotas, before the end of 2014. Some legislators have suggested lowering the quota from 40% to 30% in order to garner more support for the measure. But Michelle Bachelet’s coalition, the New Majority, has enough votes that the bill could possibly pass even without being modified.