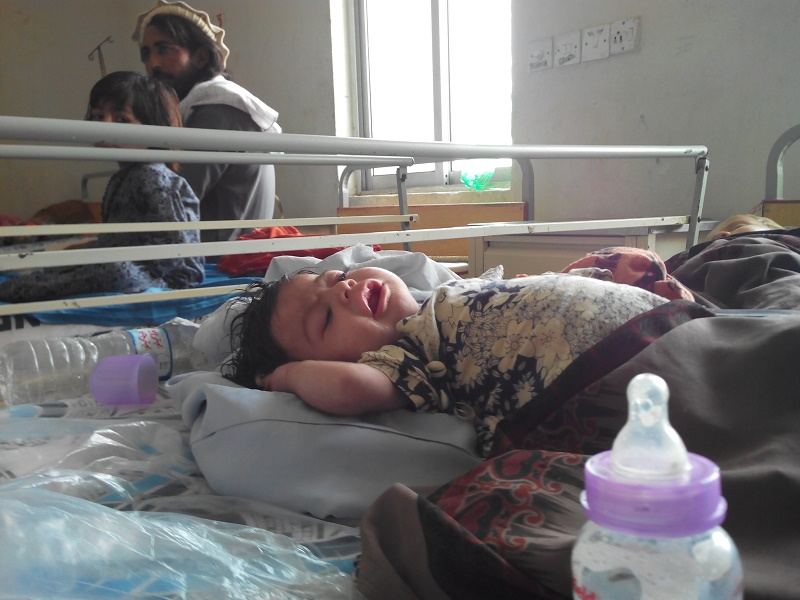 The Pentagon confirmed this week that US forces sought to carry out the extra-judicial killing of the leader of the militant Islamist group al-Shabaab in southern Somalia. According to Pentagon spokesperson Rear Admiral John Kirby, US conventional aircraft and drones targeted a compound where they believed Ahmed Abdi Godane was staying. It’s not clear if U.S. forces achieved their goal.

U.S. armed forces also continue operations in Iraq after Islamic State claimed responsibility Tuesday for another beheading of a U.S. reporter, Steven Sotloff. As with James Foley, whose murder was recorded on video and released by the Islamic State last month, Sotloff was last seen alive while on assignment in Syria.

And U.S. drones continue to back the Pakistani military in North Waziristan where an ongoing offensive against Taliban militants has forced an estimated one million people to flee the region. According to the UN refugee agency, about 70 % of these internally displaced people are women and children. A small number are staying in UN-run refugee camps outside the city of Bannu, but most are living in spontaneous shelters – often schools – with inadequate water and sanitation facilities. Those still in North Waziristan are subject to a strict curfew and most have little or no access to medical care. FSRN’s Lewis Reining reads for Gabe Matthews, who reports from Bannu, about 150 miles southwest of Islamabad, where most of the displaced are sheltering.

Mohib Ullah is covered with dust and sweat as he and his wife hurry to make their way from Waziristan to the hospital in Bannu city. They travel as quickly as they can, because they must be off the road before dark.

The army has imposed a curfew in North Waziristan, and residents are only allowed to leave their homes for a few hours each day. Because the area is so vast, this curfew effectively traps civilians in the middle of the military offensive.

“There is a curfew in Waziristan, but my wife and I travelled for 24 hours,” explains Ullah. “She was in labor, but our child died on the way. Our child died because we could not get here in time. I saw many other patients lying on the road, and dead bodies lying on road. People don’t have anything there in Waziristan, and badly need transport to leave the area safely.”

On this day, hundreds of other families also rush to reach safety in nearby Bannu city. Almost all of them are thirsty and tired as they walk in scorching heat for hours on end.

Noor Khan has long hair and a beard, and looks like a Taliban militant. A woman and a girl sit behind him as he drives his motorcycle too fast along the road. Like Mohib Ullah, only Khan speaks to us – women here don’t speak to men outside their families.

“One of my twin daughters died on our way to the hospital,” says the grieving man, “because of the curfew in Waziristan. Her mother walked along with her in terrible condition. My daughter died because there is no health facility there. I traveled for eight hours by motorbike to try save her.”

Cultural traditions in the tribal areas prevent women and girls from seeking medical care from male doctors – despite the shortage of local female doctors. Most women in North Waziristan don’t leave their homes at all, even if they’re ill. For pregnant women, this means no pre-natal care, and a very long journey when labor begins.

“Cough, diarrhea and heat stroke are common among the children,” according to Dr. Shaheen. “They are extremely exhausted after making their way out of the area. And the ob-gyn patients are in severe abdominal pain because almost all of them are full term. They only reach us after a long journey.”

The mountainous North Waziristan has long been a safe haven for Taliban and al-Qaida militants. In June, the Pakistani military kicked off an offensive to eradicate the group from the area. According to the Pakistan army, more than 900 militants have been killed to date. Locals, however, add that that thousands of civilians have also been killed in the operation.

The military has set up check points to intercept militants trying to leave the region. But Taliban members slip through, hiding among the internally displaced people seeking refuge outside the offensive zone.

On condition of anonymity, a former Taliban militant says he can find “many Taliban militants roaming around here and there out of Waziristan. They have shaved heads and beards and live like other normal IDPs. They killed government employees and their rivals in Waziristan, and now they receive the financial support of the government. Now, we have put our guns down and don’t fight anymore.”

While this man is no longer with the militant group, active members say that they will continue to carry out attacks on government and military officials. The government has beefed up security in nearby cities. But long as the offensive continues and the curfew remains in place – the people of Waziristan remain either trapped or forced to attempt the arduous journey to relative safety.