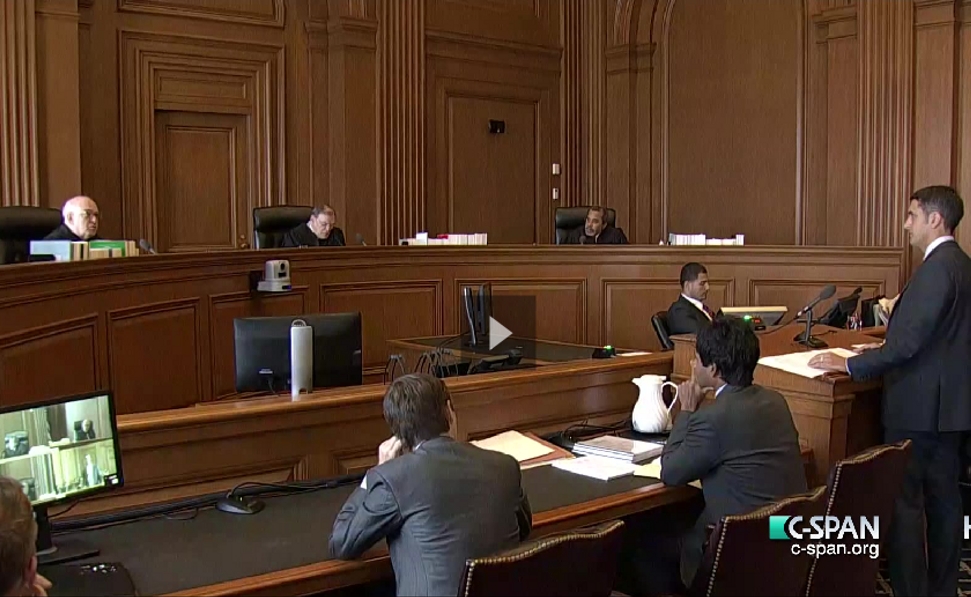 Legal challenges to the National Security Agency’s bulk collection of phone call metadata are advancing through the US court system. One of three lawsuits against the NSA’s metadata collection was heard in a federal appeals court yesterday in New York. The legal action is among the first to result from the extensive leaks made by former NSA contractor Edward Snowden. Rebecca Myles reports from New York City.

The Second Circuit Court of Appeals in New York held oral arguments on Tuesday for the first time regarding the legality of a government surveillance program that collects data on phone calls made within the United States.

The program, which began after congressional approval of the USA Patriot Act, allows the National Security Agency to collect and keep record of telephone metadata, which includes information about numbers dialed, the time of the calls and the length of telephone conversations.

The government argues the data is useful to find connections between people in the U.S. connected to foreign terrorists.

Unlike many federal court proceedings, Tuesday’s arguments were recorded and made available to the public by C-SPAN.

The case, known as the ACLU v. Clapper, stems from the leaks made by former NSA contractor Edward Snowden in the summer of 2013.

During the hearing, Judge Gerard E. Lynch questioned if Section 215 of the Patriot Act could be used to justify collection of more than just metadata of telephone calls. Using a hypothetical example of “somebody that you had some reasonable suspicion is engaged in terrorist connections” the judge noted that authorities could “find out whether he called his gym” but questioned if they could use the surveillance program to monitor the same person’s credit card transactions.

Assistant Attorney General Stuart Delery responded that would be the correct procedure in the case of a criminal investigation, but that “the purpose of the bulk collections is to allow for the use of analytic tools in counter-terrorism investigations” in a way that is designed “to detect and disrupt future plots before an attack can be made.”

The crux of the ACLU’s argument challenges the legality of surveillance of persons not suspected of any wrong doing.

The lawsuit argues the program violates the First Amendment rights of free speech and association, as well as the rights of privacy protected by the Fourth Amendment. The complaint also charges the dragnet program exceeds the authority that Congress provided through the Patriot Act.

Also debated was whether Congress fully understood the implications of Section 215 of the USA Patriot Act and how it would be interpreted by the Foreign Intelligence Surveillance Court to authorize suspicion-less surveillance programs.

ACLU staff attorney Alex Abdo argued that many members of Congress “were not aware of the program, those that were were not provided any legal analysis of the program, and even then they were not allowed to discuss it with their colleagues or their constituents in a way that the Supreme Court has always pointed to.”

While bills aimed at reforming the NSA’s bulk surveillance have been introduced, they are stalled before Congress. Many legal experts believe the lawsuit brought by the American Civil Liberties Union challenging the collection of metadata will likely advance to the Supreme Court level.

Photo: Screenshot of the oral arguments broadcast by C-SPAN on September 2, 2014. The entire video of the proceedings is available at http://www.c-span.org/video/?321163-1/aclu-v-clapper-oral-argument-phone-record-surveillance