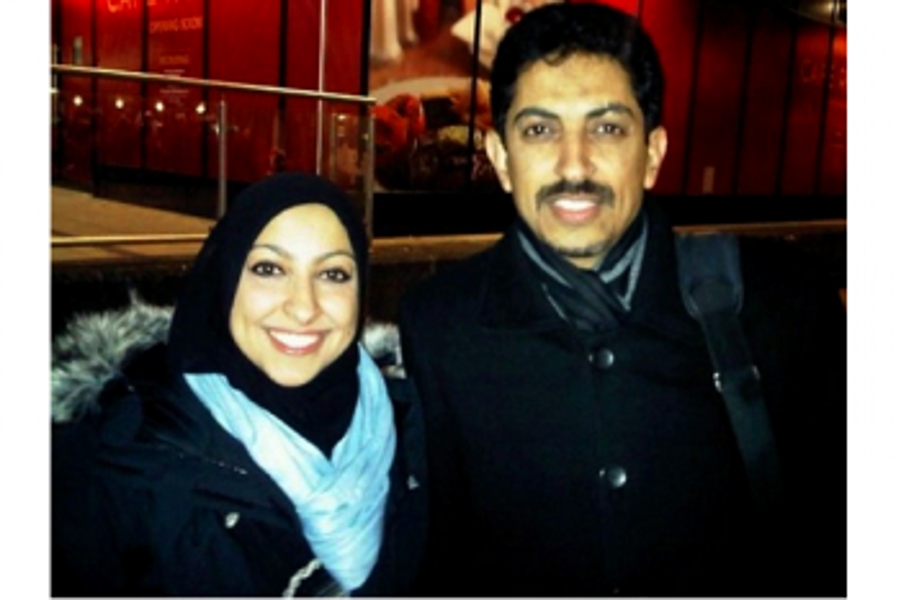 Photo via the Bahrain Center for Human Rights

Authorities in the Persian Gulf nation of Bahrain detained prominent human rights activist Maryam Al-Khawaja over the weekend just shortly after her flight arrived in the Bahraini capital, Manama. Al-Khawaja, who lives in Denmark, was traveling to Bahrain to check on the health of her father, pro-democracy activist Abdulhadi Al-Khawaja, who is currently on day nine of a hunger strike to protest his continued detention.

Upon her arrest, Maryam Al-Khawaja was informed that her Bahraini citizenship has been revoked. Authorities interrogated her for allegedly insulting the king and charged her with assaulting two police officials.

Photo: Maryam Al-Khawaja with her father, Abdulhadi Al-Khawaja. Photo via the Bahrain Center for Human Rights.