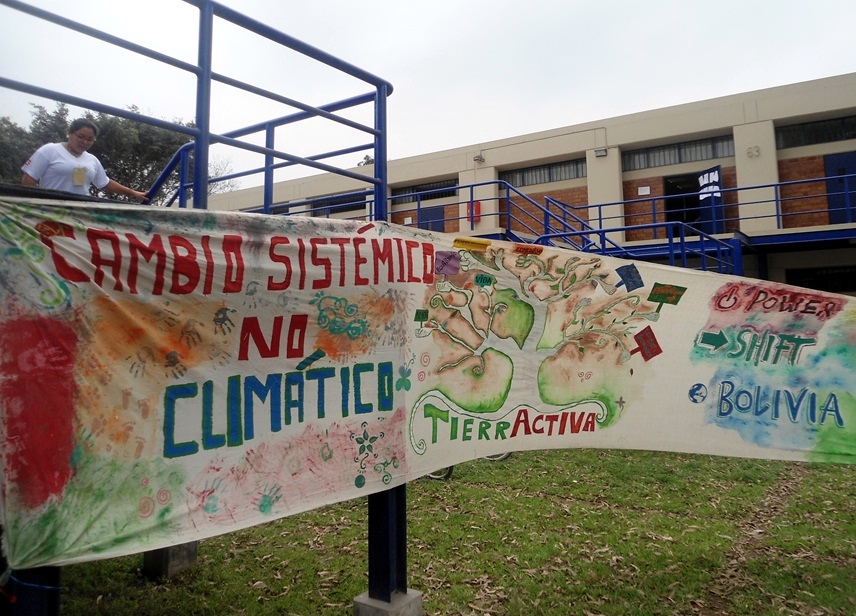 The 20th round of United Nations climate talks opened today in Lima, Peru. UN delegates will discuss measures like mitigation and mechanisms to formalize a carbon credits market, while Latin American environmental and social movements come up with a list of recommendations at their own, parallel summit. Aldo Orellana reports from Lima.

The two-week long United Nations climate summit in Lima is a continuation of talks that occurred in New York in September and a prelude to a 2015 summit in Paris. Environmentalists and members of social movements will be holding their own meeting called the People’s Summit Against Climate Change.

“This debate will gather various proposals to deliver to the official climate talks so that the voice of the people will be incorporated into the process,” says Antolín Huáscar, president of the Agrarian Confederation of Peru and spokesperson of the People’s Summit. “We also want to use this space to demand that governments and states which pollute the most take responsibility, not just make promises, but keep them.”

One focus of the People’s Summit is the economics of climate change. The organizations involved in the alternative summit overwhelmingly reject measures like carbon credits and nuclear energy, calling them false solutions. They instead say any agreement must focus on reducing  greenhouse gas emissions, deforestation and supporting alternatives to fossil fuels.

“This current development model is unsustainable because it’s taking us to a point of no return where the human being is the Earth’s worst enemy,” says Estefany Acosta, member of the Youth Committee of the People’s Summit Against Climate Change. “We have to recognize that we are in a crisis of civilization. We are the only beings upon the Earth which destroy our ecosystem. This is why we say the problem of climate change and greenhouse gas emissions is the sole responsibility of humans.”

Environmental activists point out big business interests have a voice at the table in the official climate talks, which they see as a scenario of the fox guarding the hen house. “This People’s Summit is highlighting the role of transnational corporations that are fighting to take over these official events, says Peruvian activist Rosa Guillen, member of the global feminist movement known as the Worldwide Women’s March. She adds the transnational companies involved in the negotiations “are definitely influencing the decisions of governments and of negotiators and they try to convince them with tailored yet false messages.”

Another focus of the People’s Summit will be how to make rich countries which pollute the most take responsibility for the effects of climate change that are felt most in poor countries near the equator.

“It’s time for them to show us real actions,” says Juan Carlos Soriano, coordinator of the Latin America office of the 350.org environmental organization. For Soriano, the momentum of large-scale mobilizations helps to show negotiators the level of support for meaningful climate measures. “What we’ve seen up until now are a lot of conversations, but nothing concrete. I think that’s what people want from this climate summit, real action that will result in a global agreement next year.”

The organizers of the People’s Summit Against Climate Change are calling for a large march this December 10th – International Human Rights Day – to once again show the sentiments in the street to the delegates negotiating the planet’s future behind closed doors.