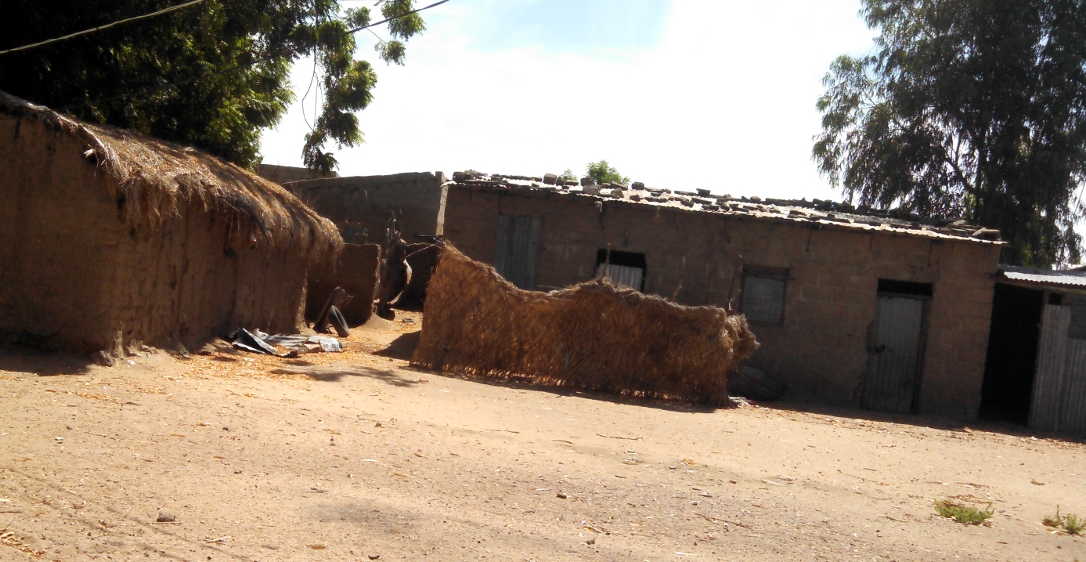 Information about the Boko Haram attack on the northeastern Nigerian town of Baga and its surrounding villages is slowly seeping out, confirming reports issued last week of large-scale destruction. The death toll has been impossible to confirm, but satellite images released today by Amnesty International and Human Rights Watch show vast swaths of residential areas razed to the ground and large-scale scorching of vegetation in the area.

Amnesty International and some regional officials have put the death toll as high as two thousand. Nigeria’s military has downplayed that figure, estimating around 150 were killed in the attacks.

President Goodluck Jonathan, who is campaigning for re-election, has yet to address the issue in public statement.

The Baga area, now under Boko Haram control, is located along the shore of a lake which also borders Chad, Niger and Cameroon.

Cross-border attacks by Boko Haram have already forced more than 130 schools in Cameroon’s Far North Region to close down. Thousands of students there have consequently fled to safer localities, but then face the problem of overcrowding in their new schools.

Meanwhile, Cameroon has been taking a range of measures to fight the militants, including a new anti-terrorism law that permits the death penalty in cases determined to be linked to acts of terrorism. But critics of the law say it is so broad, it can interpreted to include legal forms of political opposition. FSRN’s Ngala Killian Chimtom Reports from Maroua.

It is 8 a.m. in Maroua, the capital of Cameroon’s Far North Region. Thousands of students play in the courtyard of a school that was meant for about 1300 pupils. The sudden spike in enrollment comes as the Nigerian-based sect Boko Haram has increased attacks in the province.

Cameroon’s Secondary Education Minister Louis Bapes Bapes says over 130 schools have closed down due to the violence, prompting students to relocate to safer areas.

Fifteen-year-old Abba Aisha has now enrolled in a crowded secondary school in Maroua. She used to study in the town of Amchide, but a recent strike by Boko Haram drove her away. “At the moment, I actually stand to write because there are actually no seats,” says Aisha of the overcrowding at her new school. “It’s really difficult but I don’t have a choice.”

The Far North Regional Delegate for Secondary Education, Mahama Mahamat says the situation requires emergency measures like construction of additional classrooms for the displaced. Mahamat estimates attacks – or fear of attacks – by Boko Haram have affected 350,000 students at the primary and secondary levels.

The insurgents have been crossing the border from Nigeria and attacking schools, churches and military installations in Cameroon for the past two years. But the Cameroon military has been fighting back.

In a New Year’s message to the nation, President Paul Biya said Boko Haram has suffered heavy human and material loses in each of its attacks in Cameroon.

In December, Cameroon’s Parliament passed a law that allows the government to apply the death penalty against people found guilty of terrorism.

The new law applies to anyone who commits or threatens to commit an act likely to cause death  or harm to a person, property, the environment or cultural heritage with specific criminal intent.

Government spokesperson, Issa Tchiroma Bakary reads the list of acts of criminal intent under the new law: “Intimidate the public; provoke a situation of terror, or force the victim, the government and,/or national or international organisation to carry out, or refrain from carrying out an act; adopt or renounce a particular position, disrupt the normal functioning of public services, the delivery of essential services to the public, or create a crisis situation amongst the public, shall be punished with the death penalty.”

Opposition parties say the law is so broad that it can be interpreted to criminalize dissent and legal forms of protest. “Those who would want to hurt Cameroonians will go ahead and interpret any action to mean terrorism,” notes Hon Joseph Wirba, a politician with the opposition Social Democratic Front. He says the intent of the law is to stifle civil liberties. “That is a very, very dangerous thing for a nation.”

Biya has held executive power in Cameroon for more than three consecutive decades.

As Cameroon continues to craft legal, administrative and military strategies to fight Boko Haram, educational services have fallen victim to the militants. Meanwhile, students like Abba Aisha hope the attacks will end soon so they can return to their hometowns to continue their education in peace.