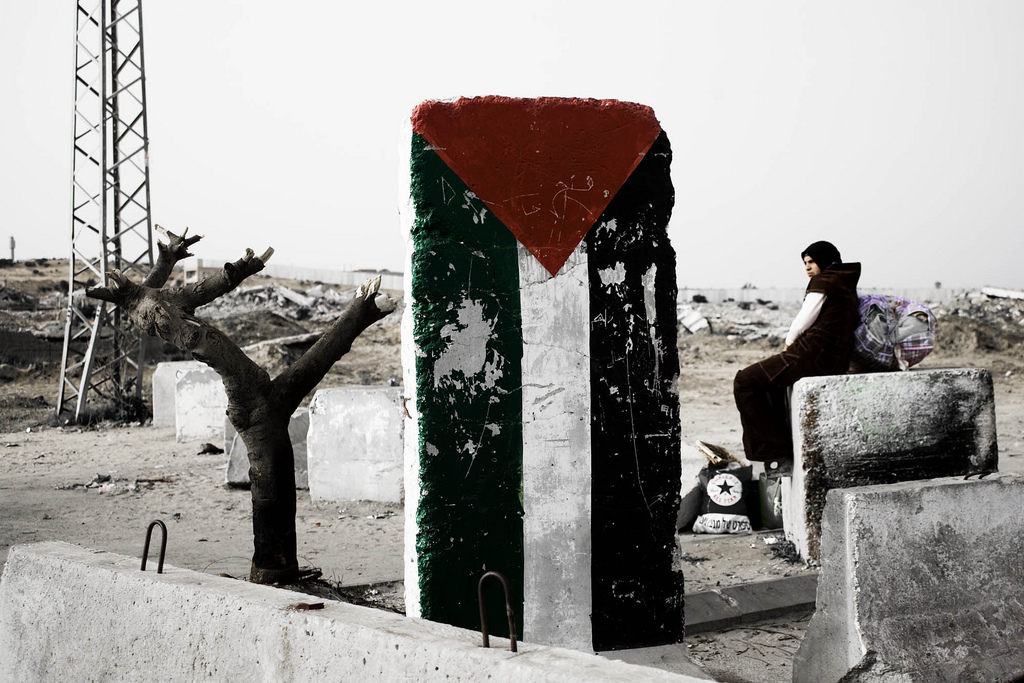 Near a border-crossing point between Gaza and Israel in 2008. (Photo credit: Kashfi Halford via Flickr / Creative Commons)

Israel’s elections have delivered another term in office to Israeli Prime Minister Benjamin Natanyahu. In Gaza, Netanyahu is closely associated with the war waged against the blockaded Palestinian territory last summer. Rami Almeghari got this reaction from Gaza City.

Palestinians can only watch as Israeli voters decide who will determine Israeli policies that will affect everyday life here.

For more than seven years now, Israel has maintained a near total blockade of the Gaza Strip, thereby exerting a large amount of control over the territory’s residents.

Nour Aziz, a university student in Gaza, was disturbed that incumbent Prime Minister Benjamin Netanyahu made taking an even more hard-line stance against Palestinians a part of his campaign just ahead of the vote: “There’s no difference between him or his challenger. Their policies are similar; they only aim to destroy our society, to destroy the Palestinians. He apparently won because he promised his people ahead of the election that he will put further pressure on Palestinians.”

Peace negotiations between Israeli and Palestinian leaders have all but faded in recent years and none of the top politicians in Israel campaigned on making peace or ending the occupation.

At the same time, the Palestinian political leadership is in its own crisis with the Fatah and Hamas parties continuing to feud despite a unity deal signed in June of last year.

Other parties, such as the leftist Popular Front For the Liberation of Palestine, are reiterating their calls for a unified Palestinian strategy in response to Netanyahu’s victory. “There’s no doubt that the election results indicate that it’s impossible to reach a political solution with the occupation state or with the upcoming Netanyahu government,” says Kayed Alghoul is a key political leader of PFLP in Gaza.

Independent member of parliament and chairman of the committee for breaking the Israeli siege, Jamal Alkhudary, says even a unified Palestinian political strategy isn’t enough to change the status quo and that the international community must recognize Netanyahu’s reelection damages prospects for peace. “This will put the Palestinian people under big pressure and more suffering, something against the Geneva Convention and the international laws,” Alkhudary explains.

Netanyahu’s Likud party won 30 seats in the Israeli parliament, known as the Knesset. Netanyahu is expected to spend the next three weeks forming a new coalition government with small right-wing religious parties.