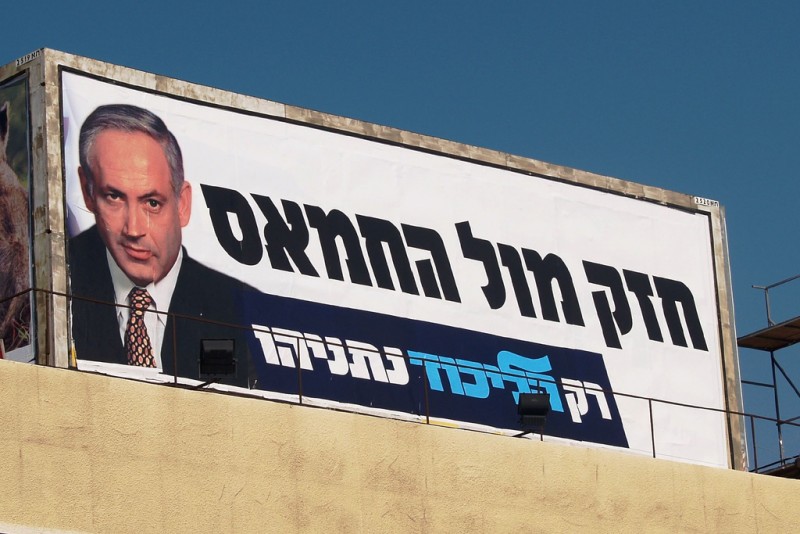 Just before Israeli voters went to the polls yesterday, Prime Minister Benjamin Netanyahu pulled out the hard-line rhetoric and it looks like it hit its mark, earning him a victory in the election. But his U-turn on a two-state solution and his overt criticism of U.S. and European negotiations with Iran may have further distanced Israel from Western allies.  FSRN’s Nell Abram spoke with correspondent Lena Odgaard from Ramallah to discuss the outcome and what people are saying about it in both Palestinian and Israeli West Bank communities.

Nell Abram:  The day before voters went to the polls, Likud’s Benjamin Netanyahu did an about-face saying on the matter of a two-state solution to the ongoing Israeli-Palestinian conflict, saying he would not support the creation of a Palestinian nation. The move followed his recent controversial speech in front of a joint session of the US congress in which he staunchly criticized ongoing talks between the US and Iran. You’ve Did these 11th hour tactics aimed at hard line right-wing voters propel him to victory?

Lena Odgaard: Well, Netanyahu definitely had a better election than anticipated – maybe even by himself — winning 30 of 120 seats in Knesset, and the competing Zionist Union winning only 24 seats. And there was a very high voter turnout, around 70 percent — the highest since 1999 — which signals that this election really had people getting out of their seats and out to vote.