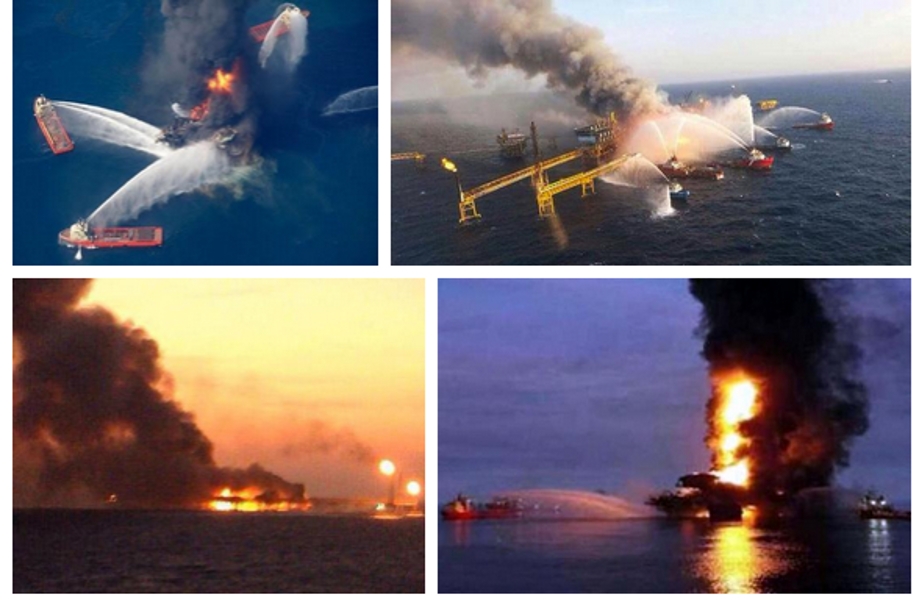 Screenshot of images circulating via Twitter of fire on Abkatún Permanente platform.

The blaze on the Abkatún Permanente platform in the Sound of Campeche looked like a giant fireball in cell phone footage filmed from the deck of a rescue boat before dawn Wednesday.

According to Pemex, Mexico’s state-owned oil company, four platform workers died in the explosion and 16 others have been hospitalized. Two are in critical condition. Pemex added that it relocated a total of 302 workers from the platform.

Rescued workers told the Associated Press they had to jump into the ocean to escape the flames when the fire gained strength.

Photos of the platform fire raging into the daylight hours with large ships spraying jets of water onto the blaze are reminiscent of what the Deepwater Horizon disaster looked like on its first day. It is unclear as of yet if the accident also includes an oil spill.

According to a Pemex press release, the fire began in the drying area of the platform’s pumping station and that by mid afternoon Wednesday, ten ships were attempting to douse the blaze.

At a scheduled ceremony to deliver certificates to naturalized Mexican citizens, President Enrique Peña Nieto briefly expressed condolences to the families of the dead platform workers and instructed Pemex and other institutions to carry out a thorough investigation into the cause of the accident. As has been the case at every press event since his inauguration more than two years ago, the president took no questions.

Pemex director Emilio Lozoya indicated via his Twitter account that he flew over the disaster area in a helicopter and attended an emergency meeting.

As of deadline Wednesday afternoon neither the head of Pemex nor the Secretary of Energy have held press conferences to give further information about the accident. The explosion on the platform occurred as much of Mexico’s public sector goes on vacation to mark Holy Week.