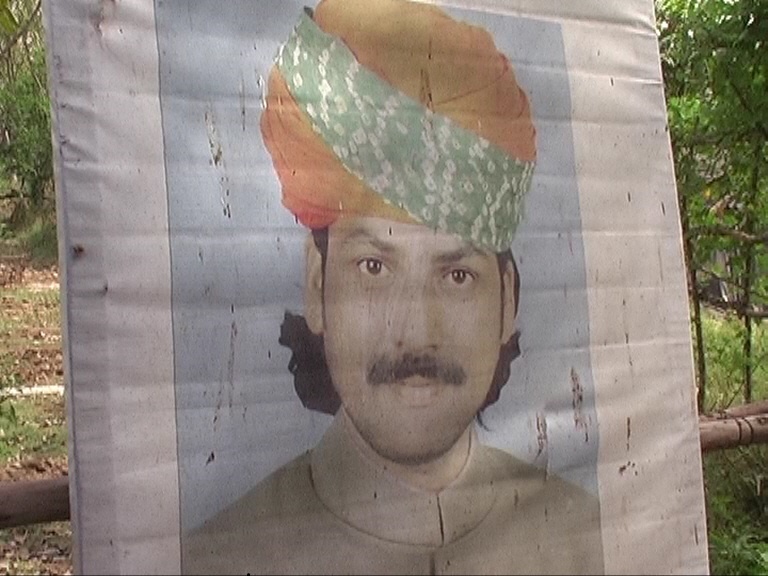 The plights of farmers in India is drawing global attention after a recent spate of suicides. More than a quarter-of-a-million farmers have killed themselves in the past two decades, their deaths often linked to crop damage, low-yield and debt – debt which does not pass down to heirs after death. The most recent rash of suicides began with a 41-year-old farmer who hanged himself at a political rally. The demonstration was held in opposition to a controversial land reform measure that would allow the government to take-over private lands for corporate and industrial development and has been very controversial in recent years. FSRN’s Jasvinder Sehgal attended the farmer’s funeral.

The sound of weeping fills the village of Nangal Jhamarwada, 125 miles from the Indian capital of New Delhi. Local residents, farmers and many political leaders came to attend the cremation of the late Gajender Singh.

Singh committed suicide by hanging himself on a branch of a tree, just a few feet from a stage where politicians were busy speaking against a controversial land reform bill.

Gajender’s younger brother, Brijender Singh, says his brother could have been saved if the political leaders had tried to bring him down from the tree, rather than finish their speeches.

“My brother would still be alive if anyone at the rally had seriously tried to save him,” Brijender Singh says. “I don’t want to blame anyone, neither the police nor the organizers. I simply know this: a farmer climbed a tree to commit suicide. He was a human being who should have been saved on humanitarian grounds.”

Hundreds of farmers have come to participate in the funeral, and every one of them wishes to console the bereaved family. Among them is Lakhan Singh, who traveled more than 50 miles to be here.

“He was a great man who laid his life down for the rights of farmers,” remembers Lakhan Singh. “As he was one of the few educated farmers and he raised his voice for our rights. Like us, he was dependent on agriculture for his livelihood.”

Before committing suicide, Gajender tossed a suicide note into the crowd in which he says he lost his entire crop in last month’s severe storms. Lakhan Singh says that the government is underestimating the extent of crop damages — to avoid paying disaster assistance.

“Our entire crops have been damaged by rain and hailstorms,” he says. “But local officials say that the damage is only 23 percent, and that estimate deprives us of government compensation paid only when a natural calamity damages more 25 percent of a farmers total crop.”

In the week after Gajender hanged himself, eight other farmers in adjoining districts followed suit. All of their crops had also been severely damaged by the sudden rains.

This needs to stop immediately,” says Sachin Pilot, leader of the opposition Congress party in Rajasthan state. “It’s the responsibility of all of us, especially those who hold office, to see that farmers get the help they need and their morale is boosted.”

According to the United Nations, every half-hour since 2002 a farmer has killed himself. The National Crime Records Bureau says almost 300 thousand farmers have committed suicide in India in last two decades.

Gajender’s death and the increasing number of farmer suicides have sparked heavy uproar in the Indian Parliament. The opposition is demanding a nationwide probe, and Prime Minister Narender Modi has called on Parliament to work together on the issue.

“Please give me suggestions; I will take them into account,” Modi says. “We all collectively will look for a way. We can’t betray interests of the farmers and cannot leave them without support and helpless but for this we need to work together.”

Agriculture provides a livelihood for more than half of India’s population. Although the country ranks first in global milk production and second in farm output, in the last two decades more than 15 million farmers have left the fields.

Analysts say agriculture has dropped to the bottom of the government’s priority list, which seems to be more inclined towards the corporate and industrial sectors. Renowned economist, Dr. Satish Batra, points out that in 2006 the National Commission on Farmers called for a series of reforms to address the underlying issues and curb farmer suicides – but they have not been adopted.

The problem is wide spread, with most suicides in Maharashtra state followed by Andhra Pradesh, Karnataka and Madhya Pradesh. 72-year-old Sultan Singh is a farmer from Punjab, also known as the agriculture capital of the country. His deeply indebted younger brother committed suicide last year.

“I think the problems for farmers are same across the country,” he says. “Many times my entire crop has been damaged but I have never received any compensation from the government. Ninety percent of India’s farmers are committing suicide because of debt. They take-out loans but are hardly able to repay them. Now this new land-grab bill will make their problems worse.”

The controversial Land Acquisition Bill – the topic of the rally at which Gajender Singh committed suicide — passed in the lower house of parliament last month. It has not yet been approved by the upper house, where the ruling BJP party is in the minority.

After Singh’s suicide garnered political attention, his family received more than $35,000 in financial assistance. Many say the money from various political parties is intended to create a friend-of-the-farmer image. Meanwhile, thousands of other farmer families are still desperate for help.