India-Pakistan tension grows along with unrest in Kashmir 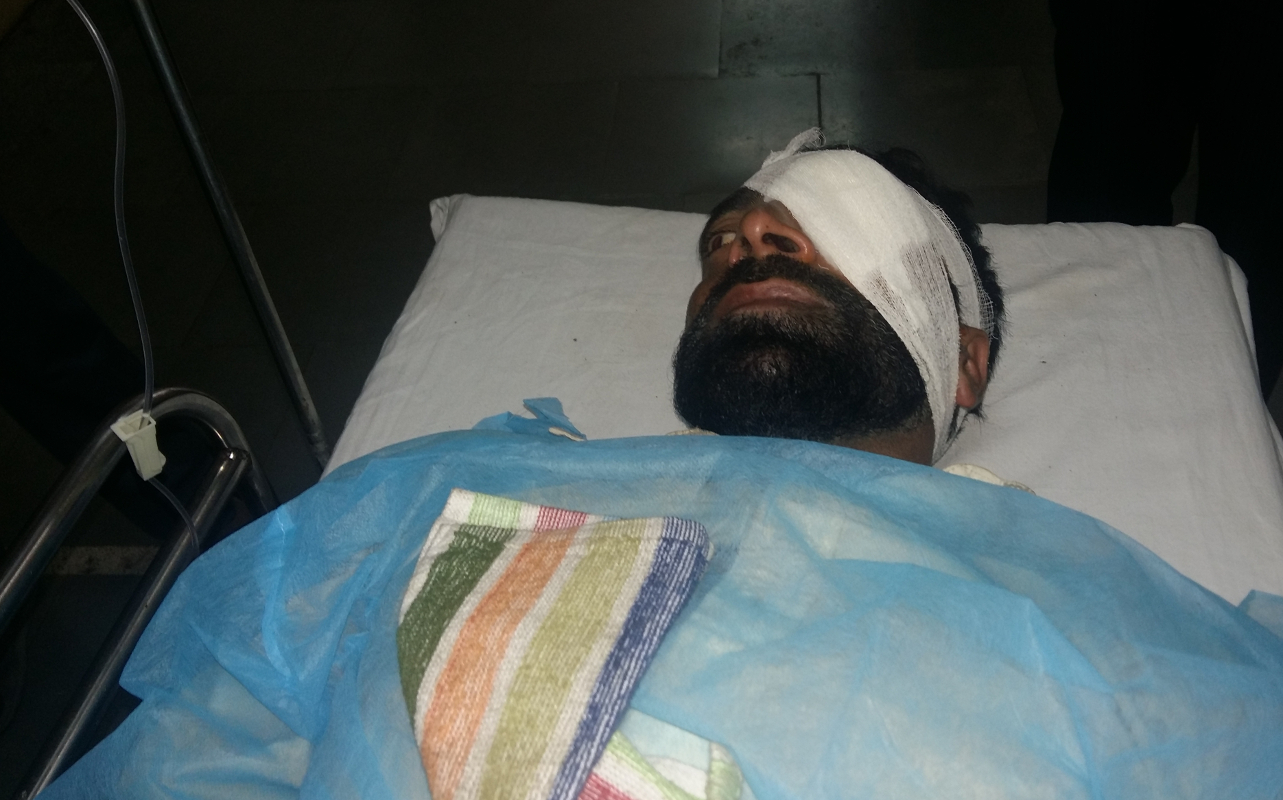 Nearly 90 people have been killed and more than 12,000 wounded by Indian forces during the last three months. The injured include hundreds with serious eye injuries from shotgun pellets. (Photo credit: Bismillah Geelani)

Tensions between India and Pakistan have escalated in recent weeks.  In another case of cross-border fighting, Thursday India claimed to have killed seven militants in two separate incidents after overnight skirmishes along the line of control in the contested region of Kashmir.

The hostility between the  South Asian rivals is growing amid months of unrest in Indian-administered Kashmir  that is just beginning to abate under harsh repression of both public dissent and the media. The popular Kashmir Reader remains offline and out of print after the government ordered its presses to stop last weekend.  Shahnawaz Khan has more from Srinagar.

Widespread public protests against Indian rule have rocked Indian-administered Kashmir for the last three months, amid government curfews and shutdowns called by the region’s separatists. The protests began in early July, after government forces killed a young militant commander – Burhan Wani. Since then, police and army forces have killed about 90 people, and thousands more have been injured.

Hundreds of people have lost either one or both eyes, injured by shotguns used by police, which fire a spray of scattershot at crowds, often leaving a single individual with dozens of metal projectiles embedded in their bodies.

Showkat Lone, a resident of Hajin Village in north Kashmir, was struck by pellets while working in his orchard.

“A protest march was passing by on the main road. We were sitting in our orchard, and the police and paramilitary came in through the orchards and attacked the village,” Lone recalls. “They vandalized houses, orchards and paddy stacks, firing pellets which injured my eyes.”

Despite two surgeries, Lone has very little chance of regaining vision in his left eye; his right eye escaped with minor injuries.

Doctors at the SMHS hospital in Srinagar have treated about 800 patients like Lone since early July.

“We never ever had thought in our dreams that we would receive such huge numbers ever,” says Dr. Raashid Maqbool, an ophthalmologist at the hospital. “Around 45 patients are those who have received bilateral pellet injuries, that is in both the eyes. For them, their life has completely changed. Most of them are almost blind. Maybe they perceive light or hand movements in front of their eyes, that is all they can see.”

Dr. Maqbool says the prognosis for most of the other patients with eye injuries is not good; many are left with vision below 20/200 – the benchmark for legal blindness in the U.S.

The police launched a massive crackdown in the region to put an end to ongoing protest rallies. Thousands of people have been arrested in midnight raids on their homes, many of them slapped with charges under the controversial Public Safety Act, under which they can be jailed without a trial for six months.

There are frequent reports of forces vandalizing homes, beating residents, and damaging orchards and paddy stacks in the villages.

While the intensity of protests has decreased over the weeks, tensions between India and Pakistan have escalated. Both countries claim the whole of Jammu and Kashmir and each controls part of it – divided by a Line of Control.

India accuses Pakistan of provoking the current unrest in the Indian controlled region, while Pakistan calls the uprising in Kashmir an indigenous freedom movement.

“Peace and normalization between Pakistan and India cannot be achieved without a resolution of the Kashmir dispute,” said Pakistan’s Prime Minister Nawaz Sharif last month at the United Nations General Assembly, where he also repeated the call for a UN fact finding mission to investigate brutalities by Indian forces in the region. “A new generation of Kashmiris has risen spontaneously against India’s illegal occupation, demanding freedom from occupation.”

A few days earlier, four suspected militants attacked an Indian army base near the Line of Control in Uri town, killing 19 soldiers. India accused Pakistan of sending in the attackers and vowed revenge.

Pakistan denied the allegation and called it a tactic to deflect attention from the unrest and rights violations in Kashmir.

Amid calls for a nuclear war from the media and the public, last week India’s Director of Military Operations, Lt. Gen Ranbir Singh claimed militants were preparing to enter the country: “The Indian Army conducted surgical strikes last night at these launch pads. The operations were basically focused to ensure that these terrorists do not succeed in their design of infiltration and carrying out destruction and endangering the lives of citizens of our country. During these counter-terrorist operations, significant casualties have been caused to terrorists and those who are trying to support to them.”

Pakistan denied any such strikes occurred, but did allege that unprovoked shelling on its posts at the Line of Control killed two of its soldiers.

The hot, turbulent summer in Kashmir has brought the sub-continent to a boil, and without serious diplomatic efforts many here fear the increasing discord will continue to escalate.