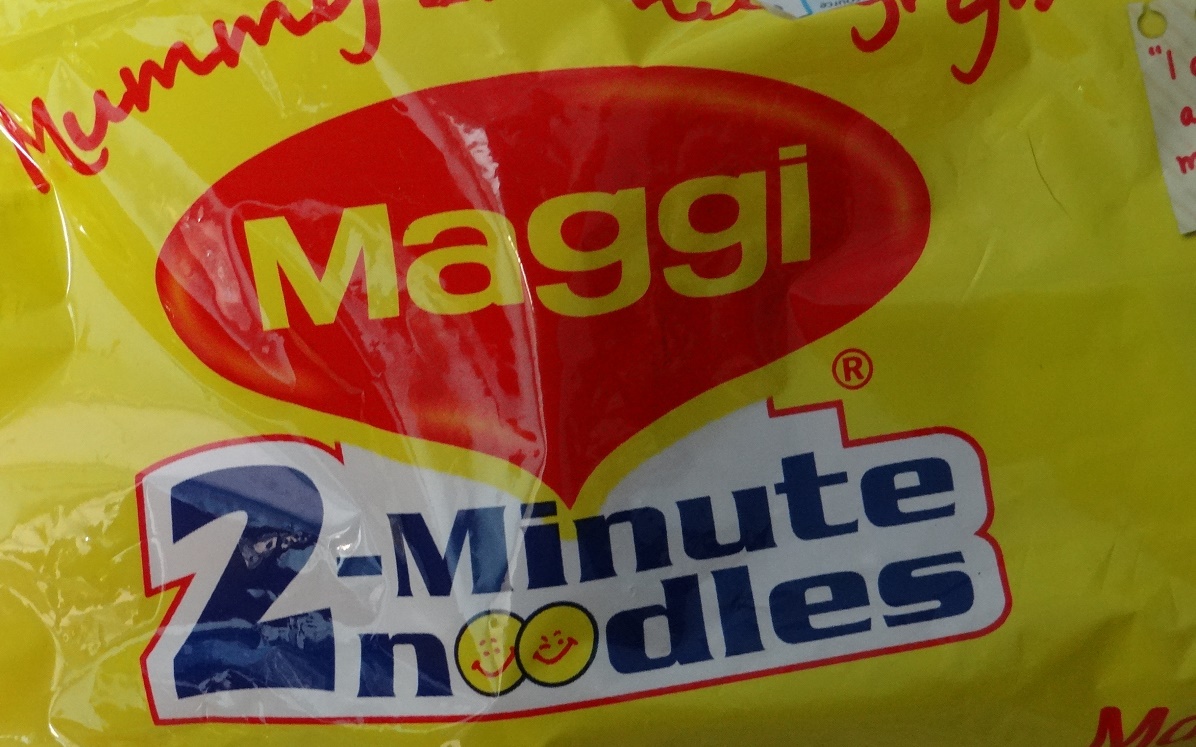 In India, food giant Nestlé has withdrawn its popular noodle brand “Maggi” after tests revealed they contain monosodium glutamate (MSG) and lead. The noodles have become a menu staple in India for decades, especially among children.

The Food Safety and Standard Authority of India declared the noodles unsafe for human consumption. Other countries, including Australia and Nepal, have stopped importing the noodles from India. The controversy has forced Nestle to destroy more than $50 million worth of its popular noodles. A lower court rejected Nestlé’s request to lift the ban on the noodles and ordered the company to submit a written explanation before the end of this month.

A group of children in Jaipur chant slogans against Maggi noodles while playing. The massive recall of the once-popular noodles has stunned many children, among them is 14-year-old Mohit Lamba.

“I used to be a huge fan of Maggi Noodles,” Lamba says. “It was my favorite food. I used to eat at least two to three packets a day. I’m surprised they weren’t tested earlier. They used to be everywhere, even on television.”

Mohit’s mother, Raj Rani, says she is happy about the ban.

“I am so happy that finally Maggi has been banned,” says Rani. “I am totally against these unhealthy packaged foods. Can you compare them with the fresh, healthy food like fruits and vegetables? But what can you do? The kids are crazy for them because of catchy TV advertisements which include their favorite film stars.”

In a press conference about the findings, India’s Health Minister Jagat Prakash Nadda announced a full recall of nine types of Maggi noodles, as well as the recall of another variant that Nestle had put on the market without prior government approval.

“Unfortunately the recent developments and the growing concerns about the products resulted in confusions and that’s why we have decided to take out the products out of the market temporarily,” Bulcke told the media. “I must say that the product, the Maggi noodles in India are safe for consumption. ”

But health authorities insist the MSG and lead present in the Maggi noodles do constitute a threat to public health.

“They effect the neuronal stability and makes our neurons to fire more,” explains Dr. Tushar Dashora, who works at the Soni Hospital in Jaipur. “It causes twitching, muscle irritability and at times it is also found to alter the behavior of children and adults. If they keep the intake then they can damage their brains, bones and even kidneys.”

Over the last decade, tests by independent consumer safety monitors in India have found high levels of pesticides in bottled drinks and heavy metals in agricultural products.

“In India the Food standard itself is a new concept, it’s in the stage of development,” says Rajeev Betne, a leading toxicologist in India who was on the research team that found traces of pesticides in Coca Cola. “The lethargy, the lower bar of the standards; if you take the lead standards in the food, we have a bit higher permissible level then in US and other European countries. These make the international companies to take advantage and the other major important thing is that the public is not aware of most of these standards that what type of food they have to consume; how they have to read the labels. So these make the whole standard system a lack regime in India.”

“You can also add corruption to it,” Betne alleges. “The easy way for the companies to get away with the lacking standards. Bhopal is a very good example where the Union Carbide and all those real culprits were never punished. The repercussion on the companies is not great.”

According to Kotak Institutional Equities, India’s leading institutional brokers, Nestlé has a 60 percent share of India’s noodle market and its Maggi line accounts for around $240 million in sales annually – sales which are now at a standstill.

Public health advocates like Betne hope the Maggi controversy will lead to better information on food packaging and stricter enforcement of safety standards.