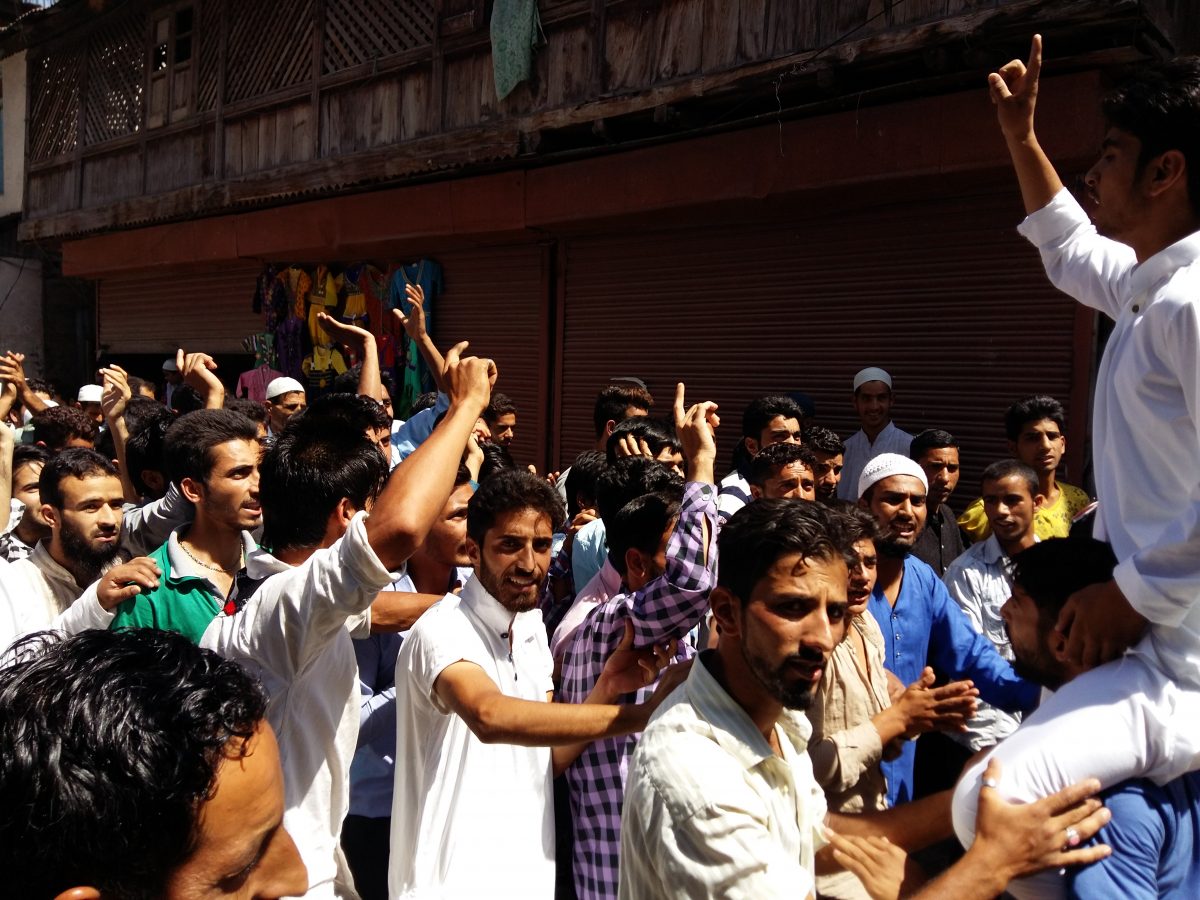 Gunfire broke out Monday in the Kupwara District of disputed Kashmir near the India-Pakistan border. Indian newspapers report that the clash left at least one separatist guerilla dead and an Indian soldier wounded. Fighting between Indian forces and Muslim rebels over the past two decades has displaced hundreds of thousands of Hindus from the Himalayan region that’s claimed by both India and Pakistan.  Now, India’s plans to establish Hindu-only settlements inside the flashpoint region has set off alarm bells both inside Kashmir and in neighboring Pakistan. FSRN’s Bismillah Geelani reports from Srinigar.

Nearly 300,000 Kashmiri Hindus fled the Kashmir Valley in the early 1990s after an armed insurrection against Indian rule broke out in the Muslim-majority region.

Sushil Pandit heads the Kashmiri Hindu group Roots In Kashmir. He says continuing instability in the region makes it unsafe for many Kashmiri Hindus to return to their homes.

“We moved out because there was a threat to our life. And today, we are not going back because there is a house all over again and a job and some cash thrown at us,” said. “The point is, what kind of a Kashmir are we going back to and whether, on ground, is your life is safe?”

Kashmiri Hindus, also known as Kashmiri Pandits, are a minority forming less than 5 percent of the valley’s population. But for centuries they lived side-by-side with their Muslim neighbors in relative peace and harmony. Their flight from the valley was thus a major blow to Kashmir’s age old tradition of tolerance. And it created a cultural void prompting calls from the Muslim majority for their return.

Zareef Ahmad is a Kashmiri Muslim poet who argues his Hindu neighbors are an important part of Kashmir’s fabric.

“This land is as much theirs as it is ours,” Ahmad said. “We have been appealing to them to come back because this is our shared home and we are incomplete without each other.”

For years, hard-line Hindu groups have advocated that Hindus return to Kashmir but live in their own, separate communities. That idea has been rejected by successive Indian governments and the majority Muslim population.

Now, the government of Prime Minister Narendra Modi, of the Hindu nationalist party BJP, has taken the idea and run with it. New Delhi recently proposed a plan to create separate townships in Kashmir where Kashmiri Hindus would be settled and guarded by government forces.

Jitendra Singh is a minister in the Narendra Modi-led BJP government. He argues the resettlement scheme would right historic wrongs.

“The very idea of addressing the problems of the communities which have been uprooted is to ensure for them a place of rehabilitation with respectability,” Singh said. “We as a party and as a government are committed to a respectable, dignified return of Kashmiri Pandits to their place of origin and I think there’s no going back on that.”

Kashmir’s state government had initially approved of the plan, but has now reversed itself following popular protest. The idea of Hindu-only settlements is even opposed by some members of Kashmir’s remaining Hindu minority.

“Even a totally illiterate person would tell you that the idea of a separate colony or homeland is not practical at all,” said Kumar Wanchoo, a 60-year-old social worker and one of the 5,000 Hindus that live in Kashmir today. “It has never happened in Kashmir and it won’t ever happen. Even if they go to these colonies they would have to depend on the locals for various services. They can’t do without them.”

“Now they want to divide us by creating these separate colonies for Hindus,” Malik said. “They want to erect these walls of hatred between communities and turn them into bloodthirsty enemies, like Israel did. But we won’t allow it. It can happen only over our dead bodies.”

It’s clear that many Kashmiri Hindus are suffering and want to return to their homes. Avtar Krishan, displaced by fighting two decades ago, says a peaceful solution must be found.

“We have seen many ups and downs, suffered a lot, but our emotional bond with Kashmir remains intact,” the 58-year-old said. “That is the land of our ancestors, that’s where we were born and brought up, that’s where our language, culture and our unique history are located.”

But analysts say creating Hindu-only settlements would only add more fuel to the fire. The government should instead focus on resolving the larger Kashmir dispute, they argue, which would go further to heal the wounds of the displaced and bring life in the region back to normal.