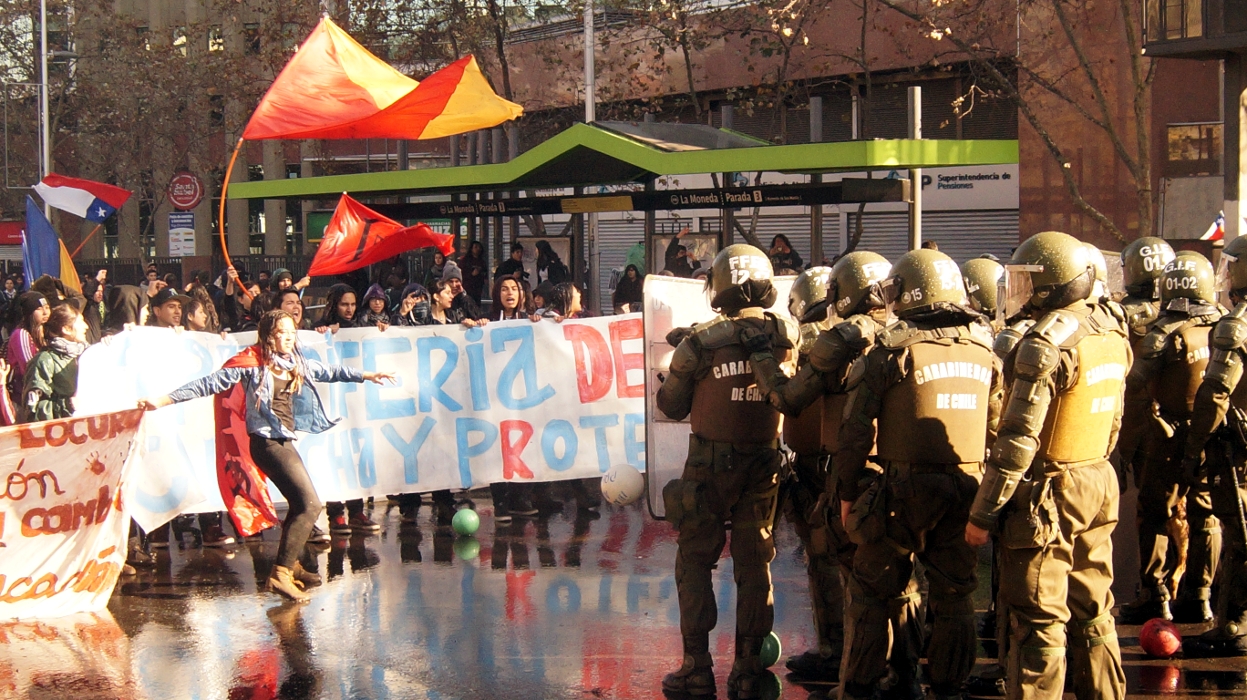 The climate of protest continues to intensify in Chile as some transit workers in the capital have gone on strike just as Santiago hosts an international soccer tournament known as the Copa America. Meanwhile, a nationwide teachers’ strike nears the start of its fourth week, with no end in sight. Joshua Tucker reports from Santiago.

Just as the Chilean capital city filled with international tourists here for the Copa America, more than 600 transit workers decided it was their time to go on indefinite strike, calling for better pay and working conditions. The nation’s largest teacher’s union has been on strike since June first.

Transit workers kicked off their strike June 11th – the day the games opened – shutting down four subway stations during morning rush hour and sabotaging around 500 buses. Construction workers, who are building a new subway line, joined the strike Monday. On Wednesday, they used a giant crane to a dangle truck with a mannequin representing their employer hundreds of feet above the city’s largest public market. And twelve transit workers are now facing charges for blocking subway tracks during a protest.

Even so, transportation officials estimates the strike affects under 2% of the 750,000 trips riders take daily on Santiago public transit. Though many commuters in the subway stations, like Felipe Ortuzar, are saying they are being affected.

“It’s very difficult,” commented metro rider Felipe Ortuzar. “There are a lot of people in the metro because of the transit worker strike. But even though we’re experiencing problems as transit users, it’s good that they’re on strike to make themselves heard, because if they don’t strike people don’t listen.”

Students and striking teachers are jumping into the Copa America international spotlight, too. Last week, they blocked traffic in front of the presidential palace by releasing hundreds of soccer balls into the streets. The balls each had a hand written demand for education reform on them.

While union leaders are calling for all of Chile’s union members to participate in a national strike, many Chileans are debating the country’s three to three tie game with Mexico Monday and why even the post game celebrations were dispersed with police water cannons.