As hundreds of thousands of people continue to move from the Middle East and North Africa across large swaths of Europe, many more continue to arrive in Greece and Italy. Once ashore, nearly all who are desperately trying to find somewhere they can successfully reestablish their lives begin a long overland journey towards northern Europe.

According to the Schengen Agreement that established the open borders between 26 European member states, asylum seekers are required to apply in the first EU country they reach. But enormous numbers of people are arriving in only two countries and most want to apply for asylum in Germany, which has the most liberal migration policies and social service networks.

As they try to depart countries of entry and cross borders internal to the European Schengen Area, they often find roadblocks to their passage. Tens of thousands of people are increasingly caught in bottlenecks at borders, forced to sleep in the open and uncertain when or where they will travel next.

FSRN’s Raphaël Krafft traveled to the border between Italy and France, where on any given day about 250 people spend their nights in what’s known as the Presidio No Borders ad hoc refugee camp. Or they did until Wednesday morning, when police evacuated and demolished the camp. Refugees and their advocates didn’t go easily.

Click on any image below to launch a slideshow of images he collected. 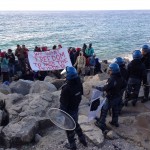 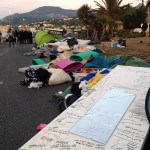 Migrants and their supporters brought tents and their belongings to the rocks by the shore. Police later seized them and threw them away. (Photo Credit: Raphaël Krafft) 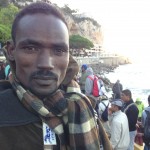 Bachir, a Sudanese refugee from Darfur is determined to continue his journey through France to reach England. (Photo Credit: Raphaël Krafft) 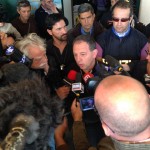 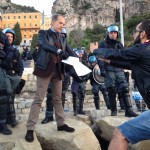 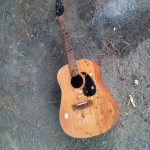 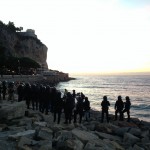 Italian police surround refugees who took shelter on the rocks by the shores of the Mediterranean sea just a few hundred meters away from French border. (Photo Credit: Raphaël Krafft) 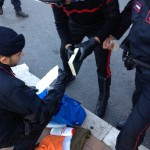 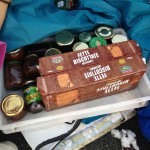 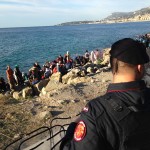 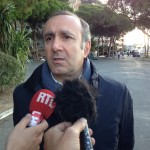 Giuseppe Maggese is one of the Italian police officers in charge of the operation. (Photo Credit: Raphaël Krafft) 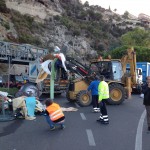 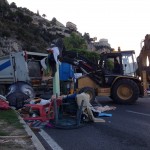 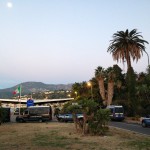 French-Italian Saint Ludovic border checkpoint was closed all day during the police evacuation of the Presidio No Border camp. (Photo Credit: Raphaël Krafft)