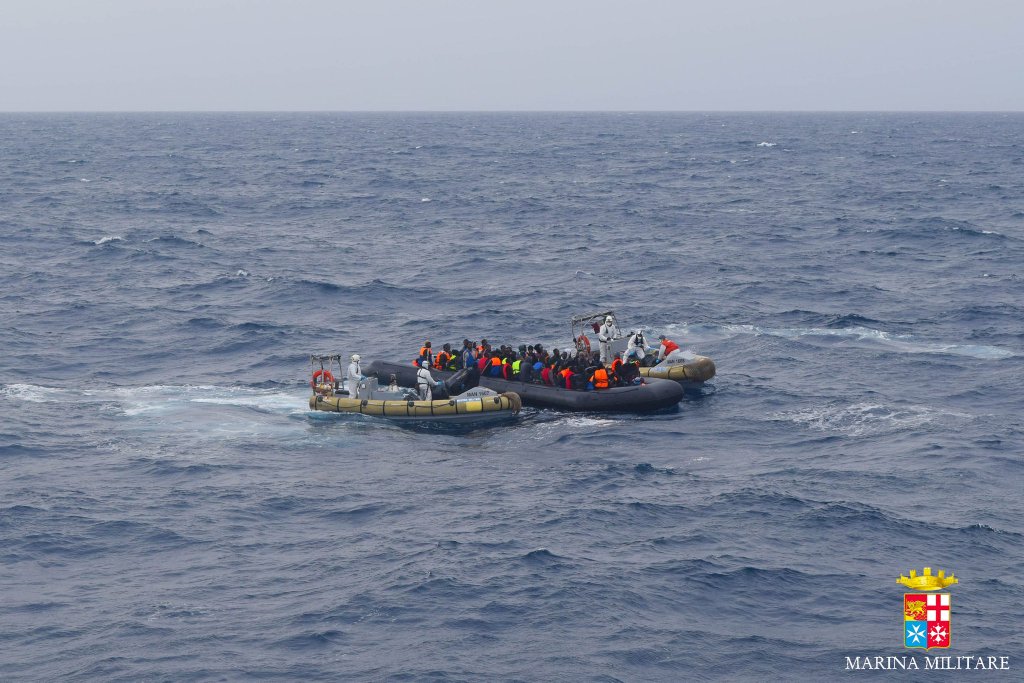 Refugees adrift in the Mediterranean Sea aboard an overcrowded rubber dinghy are rescued Tuesday by the Italian Navy. (Photo courtesy of the Italian Navy via Twitter @italiannavy)

The UN’s refugee agency estimates about 2,000 migrants a day are braving the choppy winter seas trying to reach the European Union from Turkey and Libya. And while much of the world’s focus is on Syrians and Iraqis crossing from Turkey, the International Organization for Migration says thousands continue to reach Italian shores. 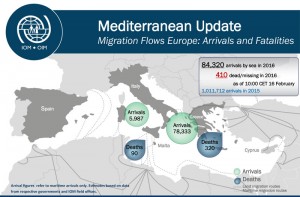 (Infograph courtesy of The International Organization for Migration)

“We are still registering arrivals of migrants even in January/February even if it is a very, very difficult period for sea crossings because of the dangerous sea conditions,” Flavio Di Giacomo, a spokesman for the IOM’s office in Rome told FSRN.

Many of these refugees are fleeing violence in Libya. The North African country has been in chaos since the NATO-backed military intervention that ousted dictator Muammar Gaddafi in 2011.

At least 90 refugees bound for Italy have died this year. And if it wasn’t for interventions by the Italian navy and coast guard, the death toll would be higher.

“Today, the Italian navy rescued 363 migrants in the channel in Sicily,” Di Giacomo said Tuesday, “It’s very clear that the sea conditions are very harsh and the conditions in the sea are very, very dangerous for migrants.”

Overall, more than 80,000 refugees coming from both Libya and Turkey have reached Europe by boat since the start of the year. More than 400 people – both adults and children – have drowned when their small rubber dinghies were swamped by rough winter seas.

UN officials note that the cold winter weather can mean cheaper passage but a much more perilous crossing.