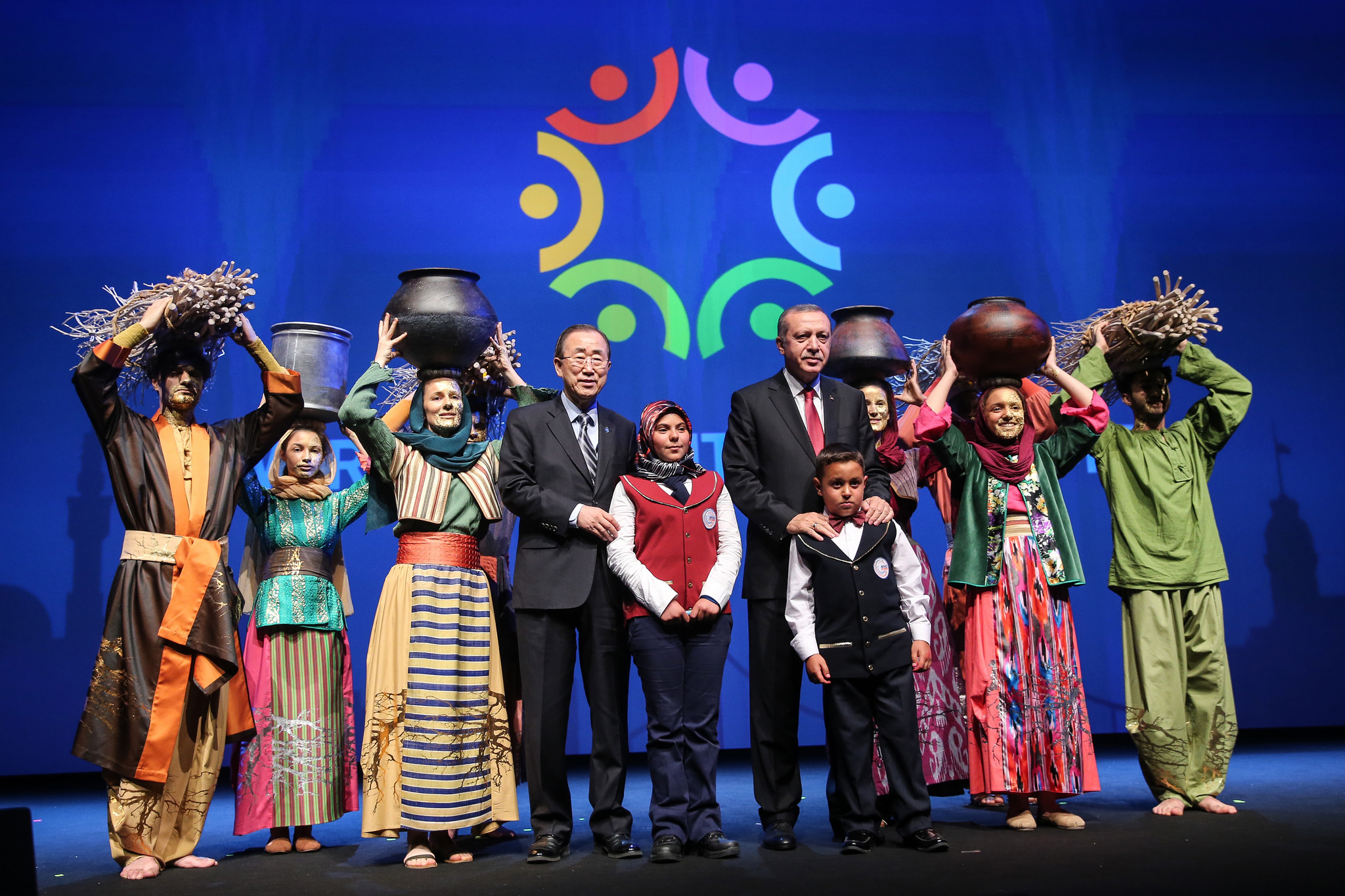 In the European Union this week,  one of the most emblematic migrant camps of the ongoing refugee crisis was dismantled even as a new record was set for the number of migrants rescued at sea. This, as thousands of officials and representatives from non-governmental organizations gathered in Istanbul for the first-ever World Humanitarian Summit. But as Filip Warwick reports, the realities at sea and in the refugee camps seemed a world away from the feel-good diplomacy and conflict zone-inspired catering at the high-level summit.

Amid a heavy security presence, helicopters buzzing over the Istanbul skyline and Turkish coffee keeping the participants ticking along, 400 delegations representing 175 countries attended the World Humanitarian Summit. The event took three years of planning and consultation and came in the midst of a worldwide refugee crisis. Turkey is itself hosting around two million refugees from its civil war-torn neighbor, Syria.

The summit drew thousands of humanitarian professionals, among them Yves Daccord, Director-General of the International Committee of the Red Cross (ICRC).

“We know that when this summit was thought at the time by the UN, four years ago, the world looked differently, right? Really, very differently,” Daccord points out. “So today it’s very tainted by the terrible crisis in the Middle East, especially what’s happening in Syria, the impact migrants suddenly have on Europe, the fact that Europe realized that the containment strategy that they were dreaming about doesn’t work anymore. So I think there’s the realization suddenly of certain stakeholders that the things are a bit more complex.”

Despite the large turnout and high expectations, UN Secretary General Ban Ki Moon told reporters at the end of the summit that it was “disappointing that some world leaders could not be here, especially those from the G7 countries.”

German Chancellor Angela Merkel was the only leader of a G7 nation to attend the summit.

Volunteers at the summit wore red polo shirts with Twitter hashtags such as #BeBenevolent, #HumanInstanbul and #ShareHumanity in what appeared to be an attempt to infuse the event with feel-good optimism. Event caterers also sought to bring a taste of international cuisine from areas of the world most afflicted by current conflicts and disasters; on the menu was Syrian red lentil soup, Somali chicken curry soup, and Haitian pumpkin and beef soup.

Pleasantries aside, some international NGOs have called the Summit “an expensive talking shop” with “a lot of good intentions but also empty rhetoric.”

“Here, I’m really interested about the summit about one thing is that we do recognize is that we should not look that as one system, this is nothing like a system,” explains Daccord. “Systems give me the impression that this is a machine, codes, accountability. No, this is an ecosystem, dynamic with all the problems and I like that. If we start to realize that, it helps also to start differently about the way we collaborate.”

Though the summit had brought some progress in the form of a “grand bargain” in which 18 governments and 16 international humanitarian organizations agreed to improve funding for local, frontline aid groups, the deal is based on voluntary commitments.

Deputy Executive Director of the World Food Programme, Amir Mahmoud Abdulla, said that just getting so many humanitarian actors in the same place at the same time was an important first step.

“I would actually say, if we could get on the table what this is costing us all economically and in human sufferin,g and all just live up to what we have signed up. How I would make them do that, I think if there was an easy ‘how,’ somebody would have done it already,” Abdulla says. “I would love to get out a magic wand but these are issues which have plagued us in the past. My hope is that coming out of here, we will perhaps create that movement, finally.”

With the Turkish President Recep Erdogan drawing the summit to a close, he reminded the world humanitarian community that Turkey was home to more than two million Syrian refugees as well as the top humanitarian donor in the world in relation to GDP, a polite reminder to other nations and partners of their moral obligation in humanitarian affairs. In exchange, summit attendees diplomatically avoided addressing Turkey’s more controversial refugee, free expression and human rights policies in their public statements.