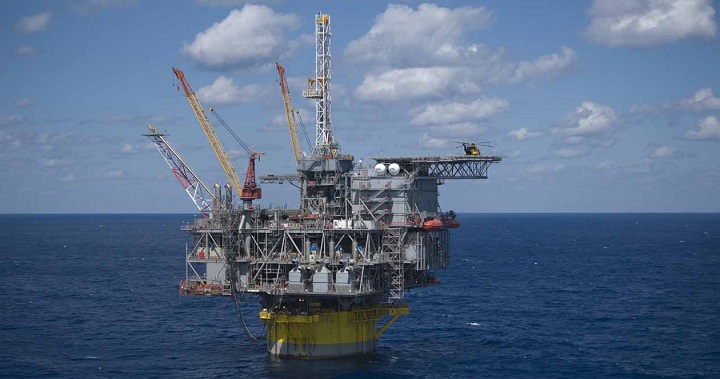 Shell's Perdido platform is the deepest floating oil platform in the world at a water depth of about 2450 meters (8000 feet) operated by the Shell Oil Company in the Gulf of Mexico. (Photo Credit: . Shell via Flickr Creative Commons)

Wetlands specialists say it’s still unclear how the nearly 90,000 gallons of oil spilled earlier this month in the Gulf of Mexico has affected the marine environment and wildlife. The leak from the Shell Oil deep water pipeline came as government officials hold a series of public meetings on new offshore leases. FSRNs Sean Kinane has more.

The leak happened about 100 miles off the Louisiana coast, and was stopped after wells that flow into the pipeline were sealed. But Scott Eustis, a coastal wetlands specialist with Gulf Restoration Network, thinks 88,000 gallons might be an underestimate and the environmental impact still is unknown. He says only three of the seven available skimmer vessels were even deployed to vacuum the oil off the surface.

“Although the Coast Guard says there’s no environmental impact, we know from the BP disaster, and all the studies done on the effects of oil in the deep environment, and the surface of the Gulf in the springtime, that there are a lot of impacts: the corals in the deep, dolphins, whales, tuna, whale sharks,” Eustis explains. “So, even though the Coast Guard says that, they don’t have biologists so they shouldn’t be making that kind of statement.”

Eustis said that  during flights above the skimmer vessels, environmentalists didn’t see spraying of dispersants as was done six years ago during the BP oil disaster.  Storms in the gulf dispersed much of the oil from the surface, so the giant slick can no longer be seen.

The spill came during a public comment period on the Obama administration’s plan to add 10 new offshore leases in the Gulf of Mexico. The proposal would encompass some 70 million acres, as part of a five-year fossil fuel development program that would begin in 2017. Protests have followed public meetings, where many groups are calling for a moratorium on new oil drilling leases in the Gulf of Mexico.

“Although we know from this and many other events that there’s not enough clean-up, there’s not appropriate technologies to take care of the Gulf as a natural resource that belongs to all of us here, and all of us in the United States,” says Eustis. “So, we’re calling for no new leasing until the government and industry can show that they can take care of our natural resources.”