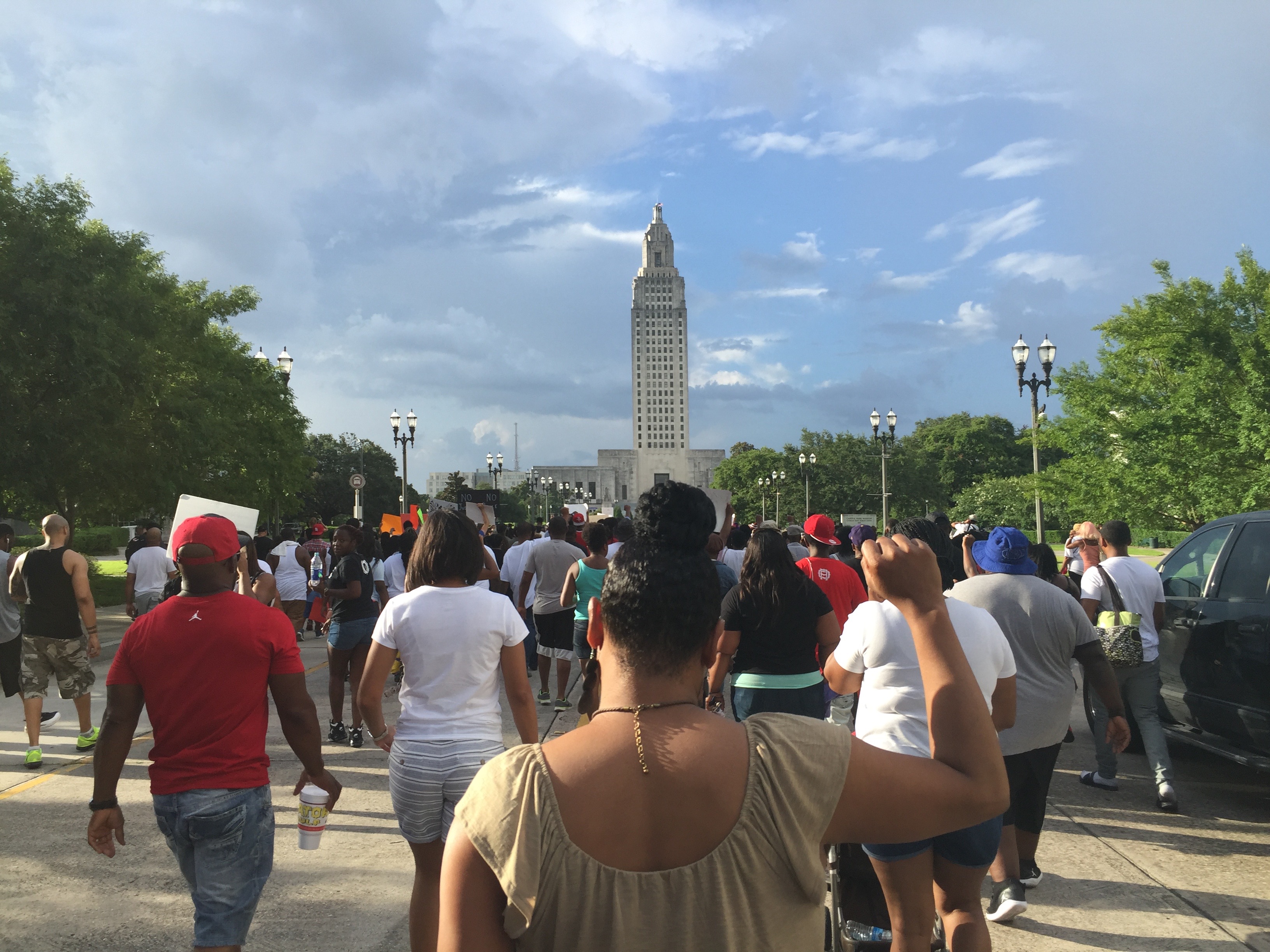 In Baton Rouge, tensions boiled over the weekend as riot police clashed with demonstrators angry over police violence. It was in Louisiana’s capital that 37-year-old street vendor Alton Sterling was shot dead by police officers, sparking nationwide renewed protests against the disproportionate killings by police on communities of color. FSRN’s Jesse Hardman brings us the story.

Hundreds turned out in downtown Baton Rouge to march against police violence in the city where 37-year-old street vendor Alton Sterling was shot and killed by a police officer a week ago.

Planned marches were peaceful, many even coordinated with law enforcement. But police began cracking down on demonstrators they said had obstructed local roadways. By the end of the weekend, nearly 200 people had been arrested.

Louisiana Governor John Bel Edwards said he was pleased by what he considered law enforcement’s “moderate response” to the weekend’s events.

“If orders are made not to obstruct a roadway, and you step out in the road, that is cause for arrest. Period,” said Edwards.

Back in downtown Baton Rouge, many protesters were trying avoid getting arrested. Twenty-three-year-old Brittany Wills sprinted away from police in riot gear, across the street.

“We just standing there on the sidewalk, police and everybody come geared up in their SWAT uniform and everything,” Wills recalls. “Everybody started running. The sheriffs started coming our way. We started running.”

As dusk fell Sunday, riot police and a few hundred protesters faced off on a residential street. Police demands to disperse were ignored by many.

Across the city, at another protest in front of police headquarters, 41-year-old Baton Rouge native Cleopatra Dunn checked in with her daughters, all of them wearing white Alton Sterling t-shirts. Sterling, she said, was robbed of his life by police. And the officer responsible, she said, must be held accountable.

“This time next Sunday, hoping that justice will be served, because what took place was uncalled for,” Dunn says.

The U.S. Justice Department said it’s taken over the investigation of the fatal shootings of Alton Sterling and Philando Castile, the 32-year-old Minnesota man shot to death following a traffic stop in suburban St. Paul.

People here say they’ll continue to turn out in force until there’s meaningful change in relations between police and the communities they are sworn to protect.