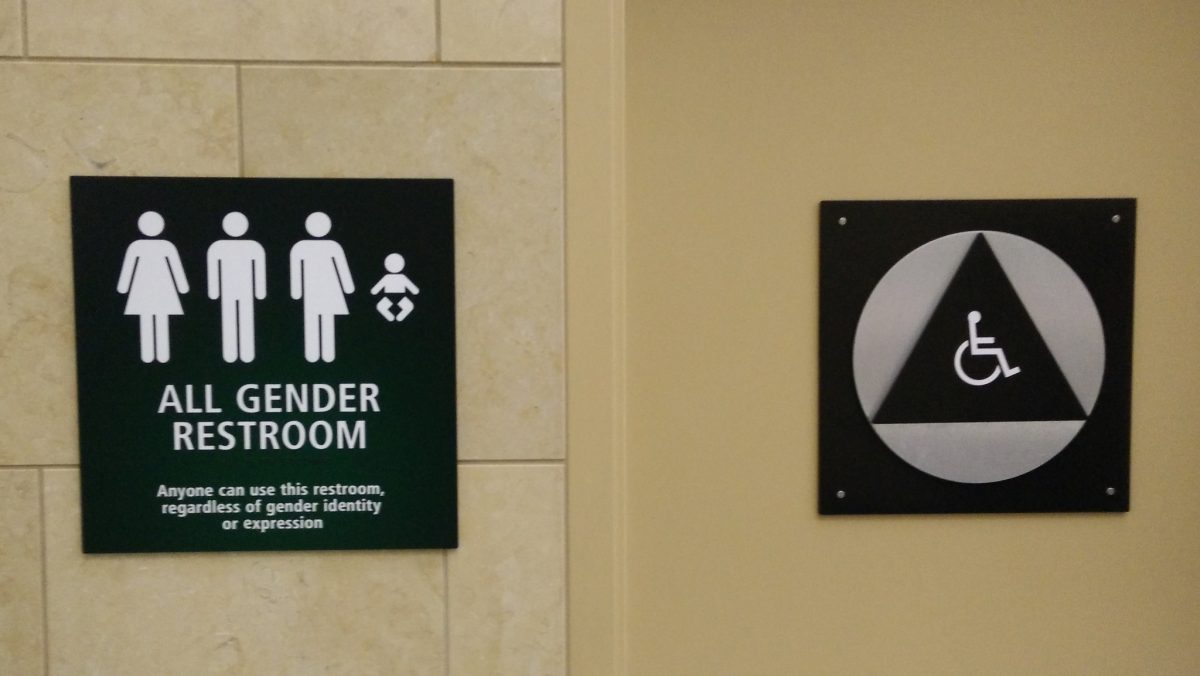 Students around the country are heading back to school this week,  and some were looking forward to having access to facilities that align with their gender identity. But a District judge in Texas has blocked the Obama administration’s guidelines about which bathrooms transgender students can use. FSRN’s Nell Abram has more.

Students made their way to the first day of classes in schools across the U.S. Monday. But which restrooms are available to which students remains unclear, after a U.S. District Judge blocked Obama administration guidance on the matter issue earlier this year.

In May, the U.S. Justice Department sent a letter to schools districts nationwide clarifying that under Title IX, transgender students are protected from discrimination. The letter said all students should immediately be allowed to use the bathrooms, locker rooms and showers that align with their gender identity. Districts that failed to honor this risked losing federal dollars.

Thirteen states joined forces and filed a lawsuit. Mara Kiesling is the executive director of the National Center for Transgender Equality. She says this injunction is just the first ruling in what will likely be a long legal process.

“I’m certain it will be appealed. I’m certain we’ll win in the long-run,” says Kiesling. “But in the short term, this has got to feel devastating for all these kids who just want to go to school, they just want to be kids. And now they’re being told that politicians are using them as pawns – so it’s got to be a very bad day for kids and their parents.”

So far, the Obama administration isn’t backing down.

White House Press Secretary Josh Earnest said Monday that the guidance came after community groups and school districts nationwide asked for help in determining how best to ensure the safety of all students.

“The effort that was undertaken by the Department of Education was to collect best practices to understand the experiences of other school districts and individual schools that implemented policies to address this particular issue.” Earnest told the press at the daily White House briefing.

He said that the letter was not a mandate, and is confident in the legal basis of the guidance.

But opponents called the move executive overreach, saying the Justice Department was by effectively making law over the heads of Congress. Lawmakers enacted Title IX in 1972, prohibiting federal funds for educational institutions at which there is discrimination on the basis of sex.

The Department of Justice has not yet indicated if it plans to appeal.