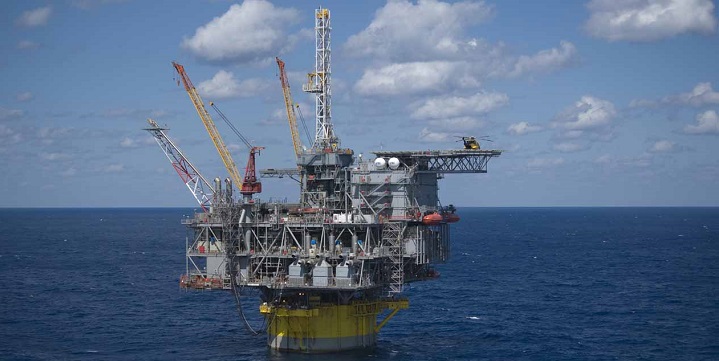 The federal government auctioned off oil and gas leases in the Gulf of Mexico Wednesday despite opposition from Gulf residents. Environmentalist said fossil fuel exploitation is especially inappropriate as the region is gripped by massive flooding brought on by severe weather linked to climate change. FSRN’s Nell Abram reports.

While many Louisiana residents worked to clean up from the recent massive flooding in the state, the Bureau of Ocean Energy Management offered 23 million acres of offshore leases for auction Wednesday. After a series of anti-drilling protests in New Orleans, the federal agency sealed its offices and conducted the auction online.

Climate and community activists had called for the event to be cancelled, after widespread flooding in nearby Baton Rouge devastated homes and businesses, but the sale went ahead as scheduled.

All told, only 24 tracts covering more than 138,000 acres off the Texas Coast in the western Gulf of Mexico were sold to just three companies: Exxonmobil, BHP-Billiton and BP.

And while an auction by definition – there was only one bid for each parcel.

The event was livestreamed from New Orleans’s Mercedes Benz Superdome, but it was not open to the public. BOEM Director Abigail Ross Hopper said the unprecedented move was to “increase transparency and public access.”

“BOEM has been holding lease sales in the Gulf for a very long time. We are truly excited to be able to use modern technology to more efficiently reach a broader audience,” said Hopper. “We are also happy to more effectively share information while saving taxpayer money and decreasing our carbon footprint.”

A previous auction in March was disrupted when hundreds of protesters turned up. But direct action wasn’t possible during the livestreamed event.

That didn’t sit well with Cherri Foytlin, director of BOLD-Lousiana, which has organized resistance to offshore energy leases.

This is the third offshore lease auction this year, part of the federal government’s five-year oil and gas leasing program.

Ann Rolfes is the founder of the Louisiana Bucket Brigade, one of the groups who have long fought offshore oil-leasing in the Gulf. The group took over BOEM’s offices Tuesday – four people were arrested.

At a march earlier in the week, Rolfes said they want a full moratorium on Gulf drilling: “They are offering up our ocean, the people’s ocean, on platter, to the industry. And this will happen again next year, it will happen the year after that – unless someone puts a stop to it.”

This comes as flooding and rising sea levels pose an existential threat to Gulf of Mexico communities including its oil and gas infrastructure. Louisiana is now tapping into the $9 billion the state received from BP after the 2010 Deepwater Horizon disaster to pay state contractors to build coastal defenses designed to protect threatened pipelines owned by the oil and gas industry.