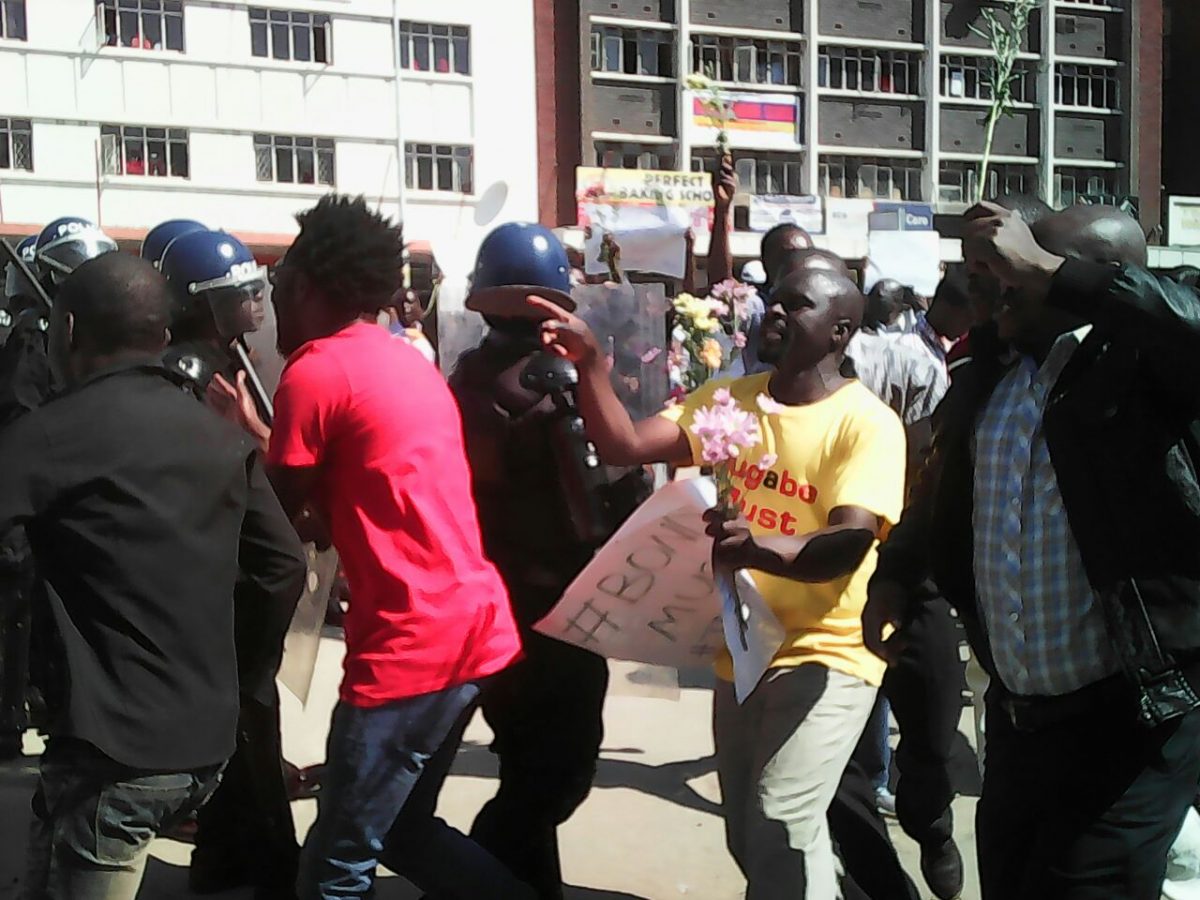 Police in Zimbabwe’s capital violently dispersed a peaceful rally Wednesday called by social activists critical of President Robert Mugabe’s economic policies. The southern African country is teetering on economic collapse and a government plan to circulate a new paper currency to alleviate a chronic cash shortage has led to fears it will lead to a return to hyperinflation. FSRN’s Garikai Chaunza reports from Harare.

Singing protest songs, a couple hundred demonstrators gather Wednesday in downtown Harare to march on the Reserve Bank of Zimbabwe. They are protesting plans to introduce so-called “bond notes” pegged to the U.S. dollar. Zimbabwe hasn’t had its own currency since 2009 when hyperinflation forced the country to switch to U.S. dollars.

But a chronic dollar shortage has led to banks to restrict withdrawals and many people are unable to draw their salaries and pensions.

The cash crunch has become a symbol for growing dissatisfaction with 92-year-old President Robert Mugabe who has held power here since 1980.

A young man in shabby clothes nervously watches the row of riot police. He says it’s time for President Mugabe to stand aside for the sake of the country.

Before the man could give his name, riot police open up with tear gas and and swing batons to clear the street as men and women run in all directions to flee the beatings. Scores of protesters were injured, including Ancelimo Magaya, a blind pastor who has been an outspoken government critic in Zimbabwe.

The protesters had followed the law and notified authorities of the rally so there was no apparent reason for police to use force. President Mugabe warned last week that protests don’t work because they usually end badly. His police officers made sure of that.

But civic leaders have vowed to be back in force in coming days as opposition groups plan a nationwide shutdown for August 31.