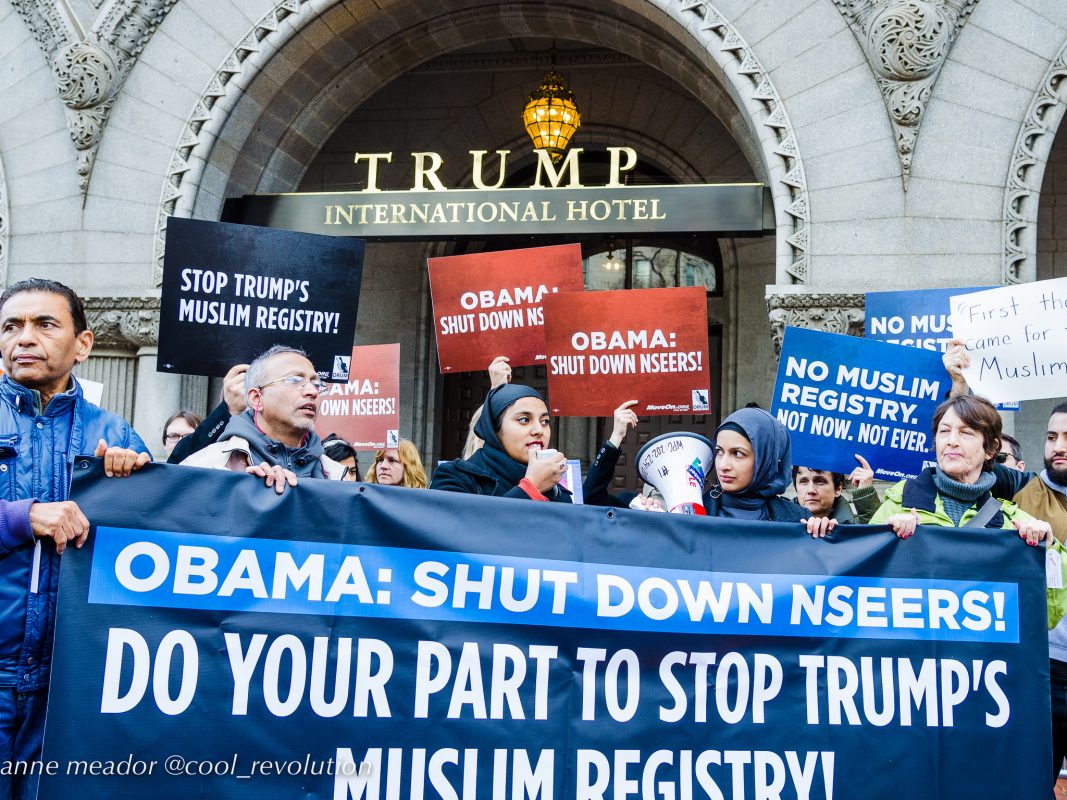 Activists rally in front of Trump Tower in New York City on December 12, 2016, calling on Obama to shut down the NSEERS program (photo credit: Anne Meador via Flickr / Creative Commons)

President-elect Donald Trump’s counselor Kellyanne Conway is trying to walk back more rumors that the new administration will seek to implement a “religious” registry of Muslims, even as the Department of Homeland security rolled back the very rules that allowed a post-9/11 registration program. FSRN’s Nell Abram has more.

In its final weeks in office, the Obama administration is dismantling the regulatory framework for what president-elect Donald Trump called a “Muslim Registry” while on the campaign trail.

The Department of Homeland Security issued an update to the Federal Register removing rules for the post 9-11 National Security Entry-Exit Registration System, or NSEERS program, calling it obsolete and effectively eliminating all remnants of the dormant program as of Friday.

The program required male visa holders from two dozen Muslim-majority nations to go through a special registration process. The government suspended the program in 2011, but left its legal framework intact…until now.

The president-elect returned to the registry theme this week, after an attacker in Germany drove a truck into a Christmas market – killing 12 people.