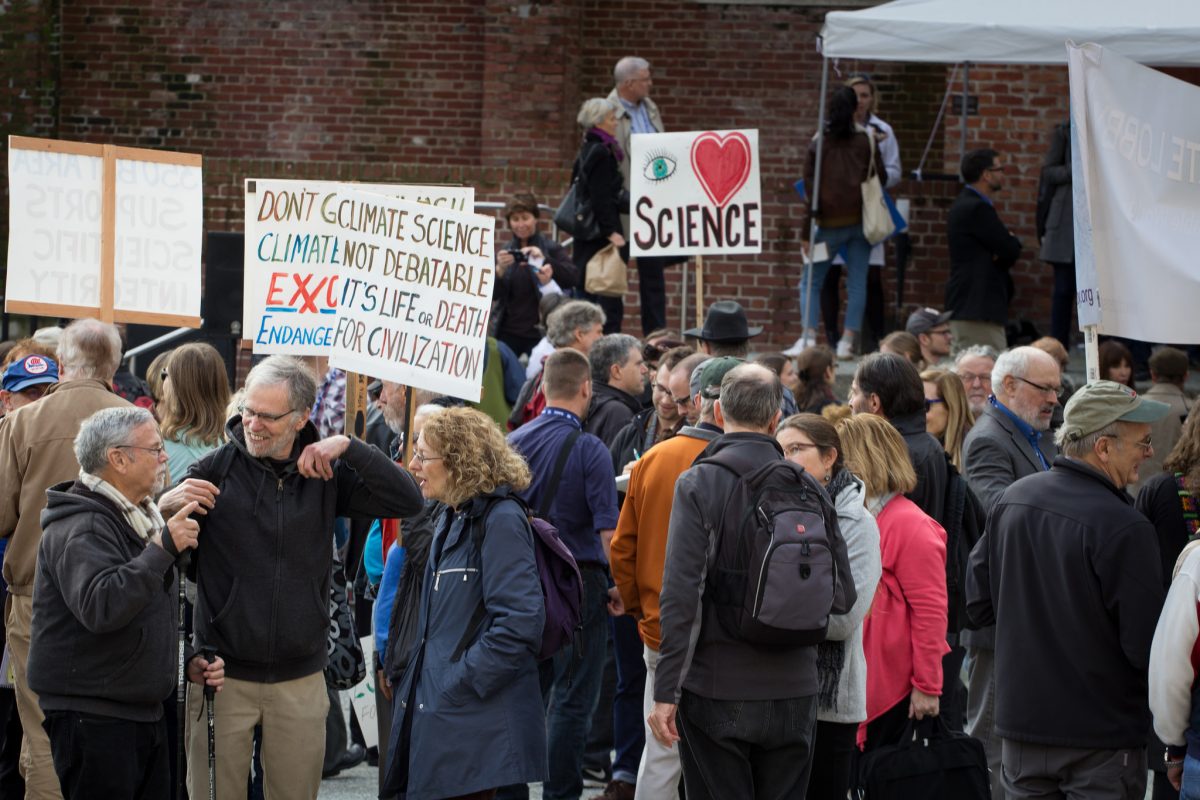 This week, president-elect Donald Trump added three more names to his passel of fossil fuel hawks nominated for cabinet positions. Joining Oklahoma Attorney General and climate change denier Scott Pruitt – named for the EPA – are climate ‘skeptic’ and Montana Republican Congressman Ryan Zinke for Department of Interior, Exxon-Mobil CEO Rex Tillerson for Secretary of State, and former Texas governor Rick Perry, a board member of Energy Transfer Partners, to lead the Department of Energy – an agency he once vowed to destroy.

Stoking concerns of an ideological purge at the Energy Department, the  transition team has asked for a list of staffers who did any work on climate change; so far the Department is refusing to comply.

But several U.S. governors, mayors and environmental justice advocates say there are ways to do an end run around potentially anti-climate policies of Trump administration. FSRN’s Larry Buhl has more from Los Angeles.

“I think the momentum is unstoppable now. We’re winning this. We’re going to win it. There is a serious question as to how fast we will win it,” said former vice president and climate activist Al Gore on MSNBC last week sharing his optimism about reversing climate change, no matter what the incoming Trump administration does.

The choices for Trump’s cabinet and advisors have signaled that the incoming president could roll back gains like the Paris Accord and a bilateral U.S.-China climate deal, and fail to enforce EPA regulations – or even eliminate regulations.

But many U.S. governors and mayors are promising to block climate-hostile federal actions in any way they can. California Governor Jerry Brown’s choice for state attorney general, Congressman Xavier Becerra has promised to use a states’ rights argument to block EPA rules, echoing tactics used by Republicans to block various initiatives during President Obama’s tenure.

Environment advocates say California will continue to be an international player in climate change.

“Now, here in California, and actually in Washington and Oregon as well, we have a Pacific Coast climate initiative, where the governors of all three states, along with British Columbia, have signed statements and executed their own programs,” explains Anne Nothoff, the California director for the National Resources Defense Council.

“California can’t join the UN process because it’s not a nation, but it has a lot of bilateral commitments to work with other countries and other regions,” points out Julia Forgie an Emmitt/Frankel fellow in environmental policy at UCLA School of Law.

She says one of California’s bilateral commitments is to the Under 2 coalition. That’s a group of 165 sub-national governments which have agreed to reduce their greenhouse gas emissions to net-zero by 2050.

And she says AGs in California and other states can use the courts to slow-walk federal changes that would impact their states: “At the state level the AG should ensure that any legislation and regulations coming out of California are really bulletproof and won’t be susceptible to any sort of federal preemption arguments or any dormant commerce clause concerns. Those are two things that have set back some of the California regulations.”

Governor Brown is trying a pre-emptive approach to oil drilling. Tuesday he asked President Obama to issue a permanent moratorium on new drilling leases off the California coast before he steps down.

Anne Notthoff says mayors, along with governors, can be a front line against hostile federal actions. She points out that, even though there could be more oil and gas leasing on federal land, local governments do have options.

“They can be up against federal land,” Notthoff explains. “But what happens on private land next to the federal land can often have an impact on the direction of federal land management as well.”

At the grassroots level, activists say they’ll be very busy, not only on climate change, but on local issues like air quality and water safety.

“What this election does, is it wakes up individuals to realize that government doesn’t necessarily take care of them,” says Leah Garland, who’s on the steering committee of the grassroots environmental nonprofit SoCal 350. “They are in charge of the narratives of their government and so they have to be vocal.

She says knowing local politicians, knowing what issues are at stake, and even how to show up at city council – all of those things matter just as much as voting for environmentally-friendly politicians: “Consequentially, since the election, many people who in the past had just been giving money to charity, are now saying ‘what can I do?’ And that kind of realization that they are not passive participants in our democracy, I feel, means that we have an opportunity to help people become more participatory.”

While president-elect Trump’s cabinet picks coming fast and furious, nearly all staunchly pro-fossil fuel and skeptical of global warming science, climate activists are energized, ready to fight, and they have a lot of allies.