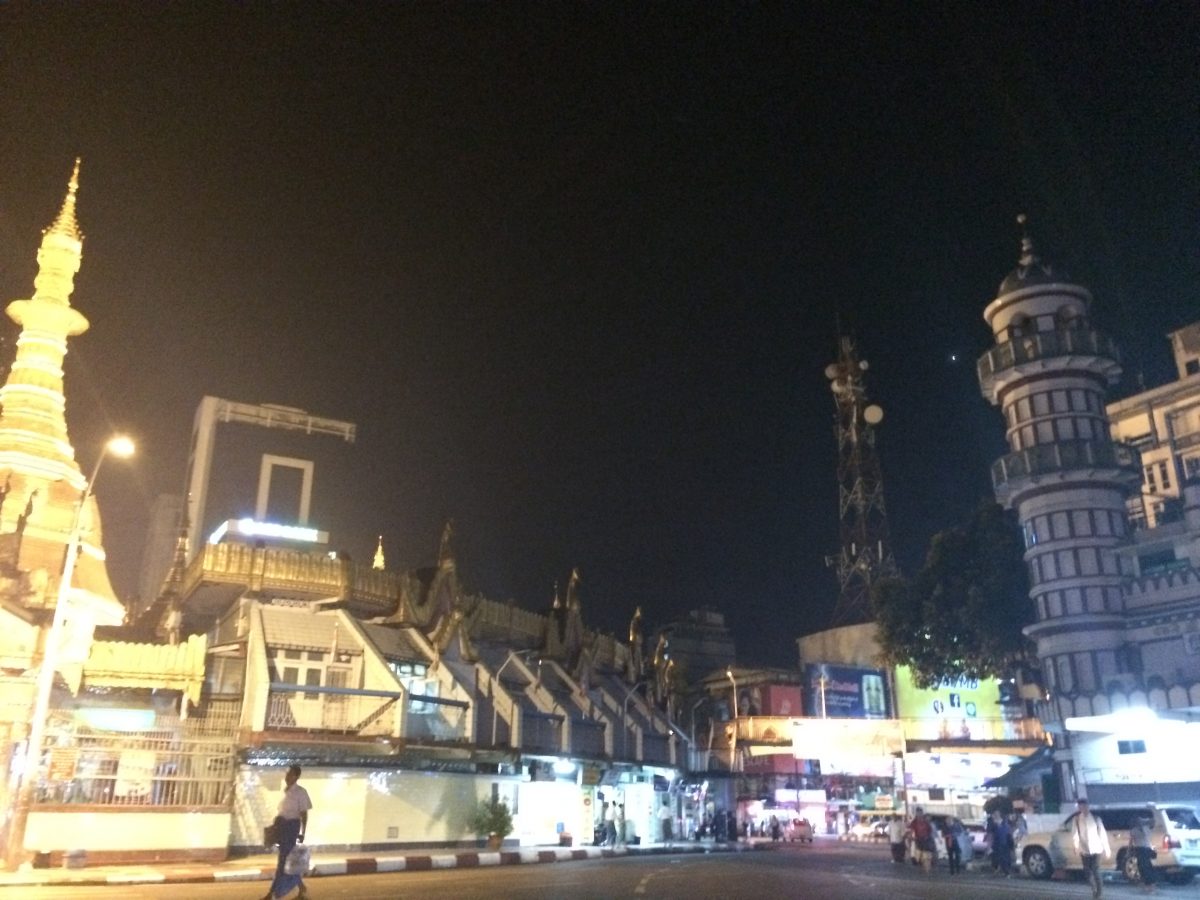 Tens of thousands of people have fled Myanmar’s Rakhine State after renewed violence in the region. According to Human Rights Watch, entire villages have been erased by fire in recent weeks – fires they allege were intentionally set by the military to destroy Rohingya Muslim villages. Government leaders in the Buddhist-led majority deny accusations of ethnic cleansing of people they consider illegal immigrants – and “terrorists.”

The allegations of rampant human rights abuses come one year after the nation, and the world, celebrated the election of Myanmar Nobel Peace Prize laureate and world democracy icon, Aung San Suu Kyi. Yet conflict has intensified. Kannikar Petchkaew has more from Myanmar.

Yangon, home to six million people, is the largest city in South East Asia’s Myanmar. History here traces back a thousand years, more than a century of that under the British empire.

But Myanmar fought itself to a new beginning, bringing five decades of military rule to an end earlier this year when a newly elected government, led by renowned democracy icon Aung San Suu Kyi, took office.

But some say the never-ending civil war in the country and the number of internally displaced people is proof that the new government can’t – or won’t – deliver on its promise to bring national reconciliation.

“The extrajudicial killing is going on every day. So far, more than 500 have been killed, thousands of people were missing, fifty to eighty thousand fled to Bangladesh,” says Khin Maung Myint, from the Rohingya political party.“The situation in Rakhine State is very dire.”

While sparsely populated, the majority here are ethnic Rakhine. The minority are the Rohingya, who have never been recognized as citizens by either Myanmar or Bangladesh,  and are a stateless people.

“This ethnic cleansing going on is a crime against humanity – it’s genocide,” says Myint. “It’s very sad, as the international community, they are reluctant to accept these words, because they don’t want to lose businesses in the country.”

According to a new report out by Human Rights Watch, satellite imagery reveals that 1,500 structures have been destroyed since early October, tens of thousands displaced and an unknown number of people killed.

That’s Aung San Suu Kyi, Myanmar’s Nobel Peace Prize laureate, who spent 15 years on military-imposed house arrest, and as such was one of the world’s most prominent political prisoners.

Suu Kyi is now the State Counsellor and publicly denies the allegations of renewed government-led atrocities against the Rohingya in Rakhine State.

The insurgencies that wrack Myanmar began shortly after the country became independent in 1948, and are not limited to the Rohingya. The conflicts have been described as one of the world’s longest running civil wars and involve a number of ethnic minorities.

Khon Ja is a member of the Kachin Peace Network from Kachin state, located on the opposite side of the country from Rakhine, largely bordering China. The Kachin Independence Organisation, or KIO, is the militant wing still actively fighting government forces and Khon Ja says the government has blocked access to humanitarian aid and health workers for months, and many of their villages have also been destroyed.

“Two hundred and twenty three were totally destroyed and [it’s] not possible to return back,” Khon Ja explains. “That means the villages, the housing, social infrastructures like churches, school buildings, were already gone. Some of the villages ,only few houses left, that were used by the army as their post or the camp.”

The Rohingya are seeking basic rights as citizens of the country. Khon Ja and other minorities recognized by the government want more: “To stop war immediately and also to release all civilians who are under arrest by any armies – that includes not only the government army, but also all the rebel groups. To reinstall humanitarian assistance immediately. Otherwise we are killing the people and also the future.”

Peace talks in the country began more than five years ago. The Kachin people have had a seat at the table, while the Rohingya remain excluded from the dialogue. The next round has yet to be scheduled.