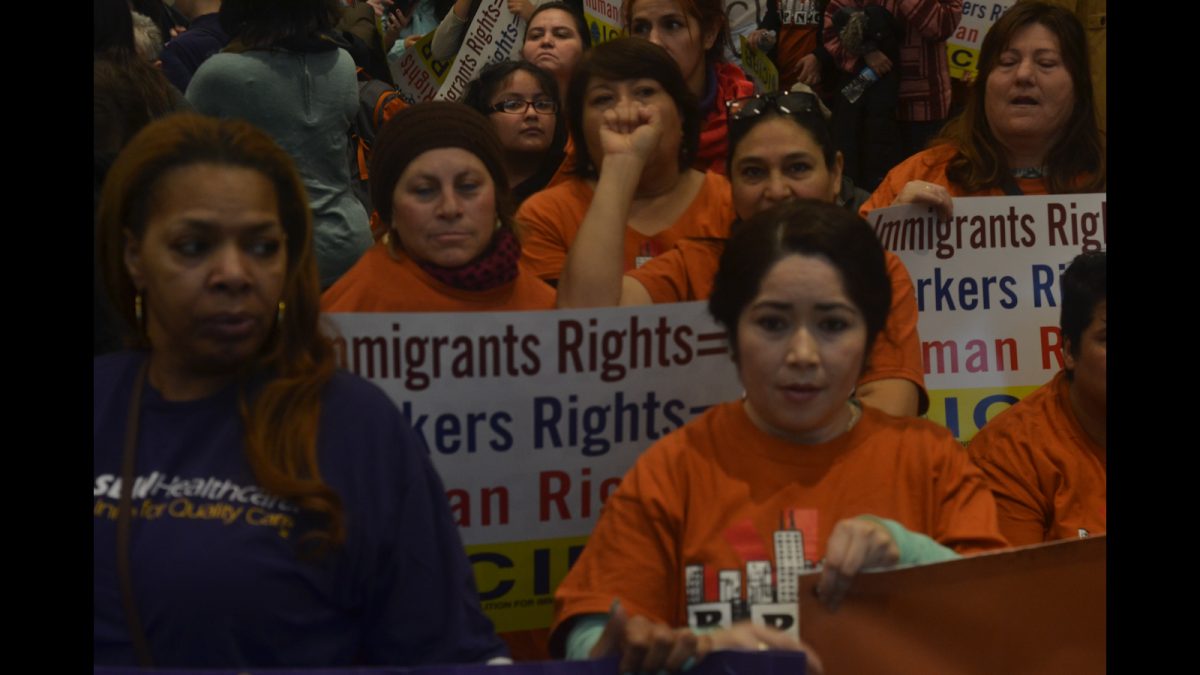 Immigrant workers in Chicago are reviving a protest tactic from 2006 to coincide with the inauguration of Donald Trump. Theresa Campagna has more from Chicago.

What would it be like to live in the U.S. for one day without immigrants? That’s one question organizer for immigrant worker rights, Jorge Mújica aims to pose to the incoming Trump administration.

“What we are doing is saying, ‘Okay, you don’t like us, then we will give you a taste of what it’s like to have a country without immigrants,’” Mújica explains.

Mújica, of the Arise Chicago Workers Center, is part of a local campaign urging immigrant workers to call in sick on January 20 and to avoid school and shopping. During the one-day action, Arise Chicago will hold workshops in the city’s Pilsen neighborhood on how to prepare for immigration raids and confront hate crimes.

The idea, says Mújica, is to show that immigrant workers are “in the middle of society,” and that business as usual is impossible without the immigrant labor force and consumer base.

A 2015 Pew Research report backs this up, finding that foreign-born workers make up about 17 percent of the national workforce and constitute a majority in sectors like domestic service and agriculture.