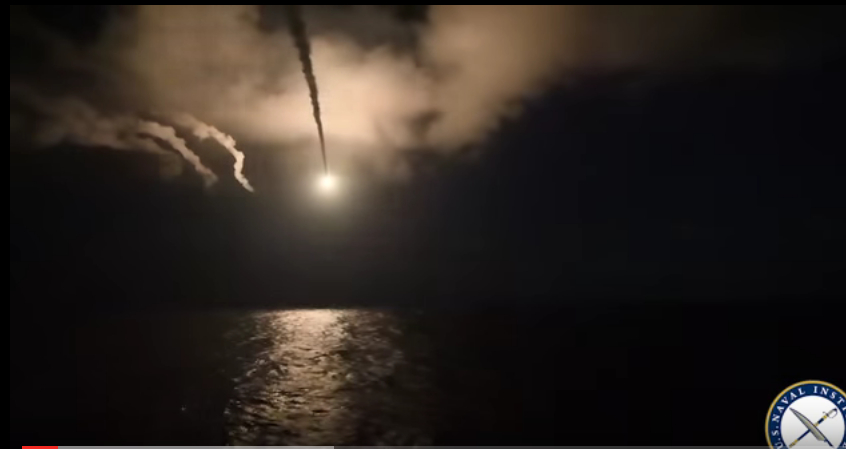 The U.S. strikes, launched from warships in the Mediterranean, targeted the Shayrat airbase, outside the city of Homs.

Trump confirmed the strikes in an announcement from his Florida resort: “Tonight I ordered a targeted military strike on the airfield in Syria from where the chemical attack was launched. It is in this vital national security interest of the U.S. to prevent and deter the spread and use of deadly chemical weapons.”

Trump said it was indisputable that Syria had used banned chemical weapons, in violation of international law. Russia, which has backed the Assad regime with airpower, contests Trump’s claim.

Moscow is now calling for another emergency meeting of the UN Security Council. The international body met Wednesday at the behest of the UK and France; but Moscow objected to a resolution condemning the chemical attack. NATO powers on the Security Council have repeatedly accused Russia of using its permanent member veto to block UN action against President Assad.

The U.S. strikes were a dramatic about-face for the Trump administration which, just last week indicated it had accepted Assad as a “political reality.”

The White House has made no indication it plans to reverse its stance on barring Syrian refugees.

Thursday’s airstrikes represent the first major face-off between the Kremlin and the White House since Trump’s inauguration.