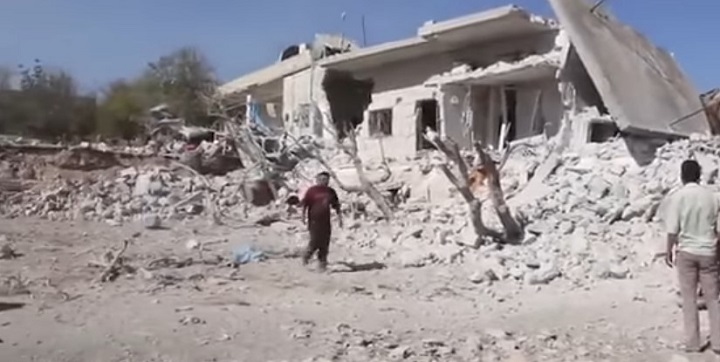 UN Secretary-General Ban Ki-moon is calling for an investigation into an airstrike in Syria’s Idlib province that reportedly killed 22 children and six teachers at a school there on Wednesday.

The UK-based Syrian Observatory for Human Rights attributed the attack to Russian forces, a charge Russia denies. Syria’s military acknowledge a airstrikes Wednesday in the rebel-held region, without mentioning a school. UNICEF’s Executive Director said the airstrike “may be the deadliest attack on a school since the war began more than five years ago.”

The same day as the airstrike, an exasperated UN Under-Secretary-General for Humanitarian Affairs Stephen O’Brien spoke to a meeting of the UN Security Council, pleading for action: “Each  month I  have  come  before  you  and  presented an  ever-worsening  record  of destruction and atrocity, grimly cataloguing the systematic destruction of a country and its people. While my job is to relay to you the facts, I cannot help but be incandescent with rage. Month after month, worse and worse, and nothing is actually happening to stop the war, stop the suffering. This Council has been charged with the responsibility for ending this horror. The buck stops with you.”

UN observers have warned the ongoing fighting in divided Aleppo may destroy one of the world’s oldest cities by Christmas.